Fortunately, the West Hartford Center location did not lose power and has been open for business for customers to get coffee and charge their devices. 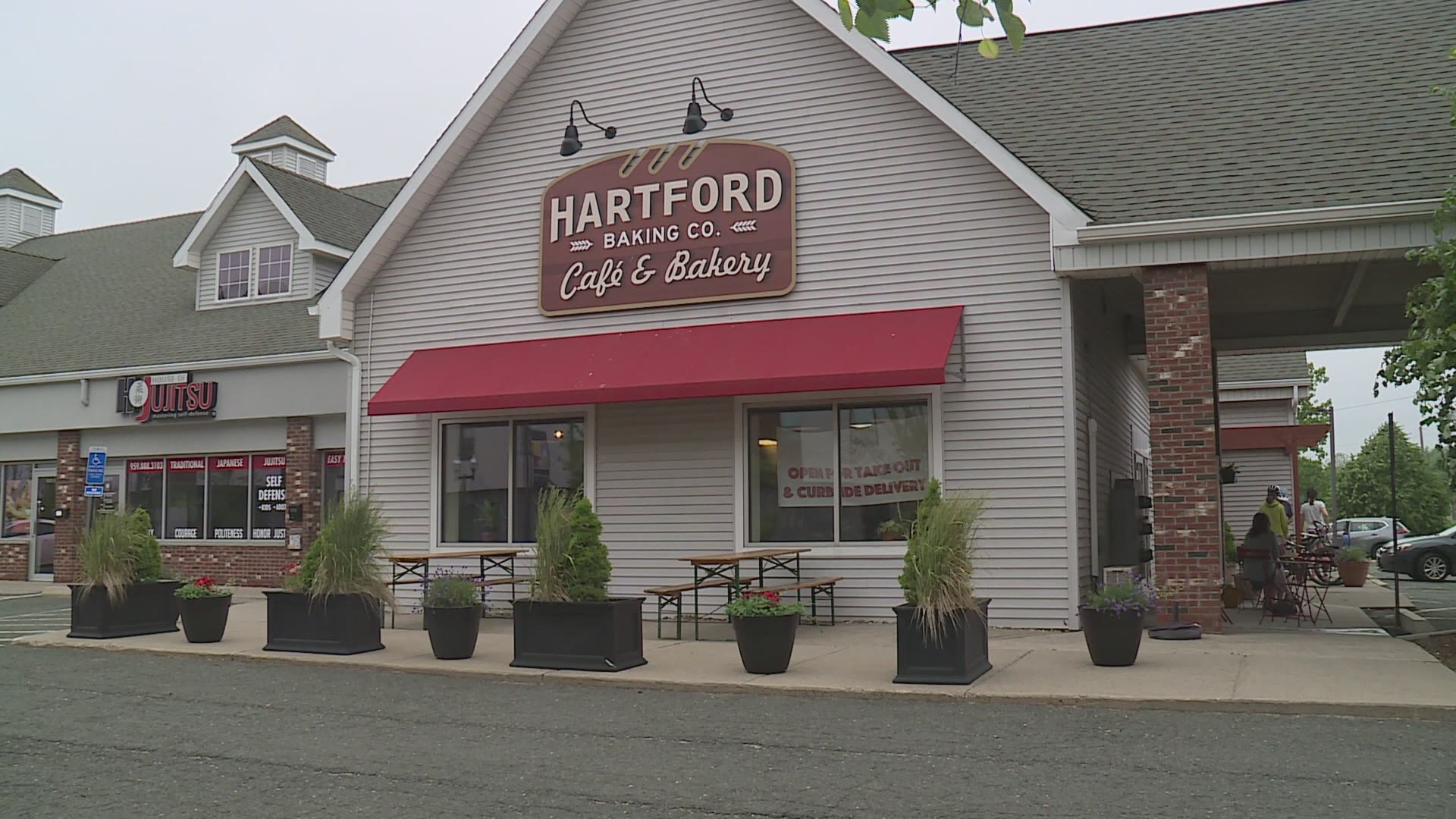 HARTFORD, Conn — It’s been a challenging time for restaurants across the state, and the Hartford Baking Co. is no different. It’s seen its bread supply business decline and its cafes close for a period of time during the pandemic.

“Cafes are on limited hours. They’re doing half of what they did before,” said Scott Kluger, Hartford Baking Co. President.

Scott Kluger says the cafes have already modified the way they do business to keep everyone safe and follow Connecticut guidelines, but still traffic is at a minimum.

“The tables are pretty spread out, and a lot of people are just not comfortable sitting down. They don’t want to be inside,” said Kluger.

Then, Isaias hit, prompting another challenge at the company’s New Park Avenue and Glastonbury locations when the power went out.

“It’s just gas on the fire. We’ve been struggling to figure out COVID, and now we’re losing walk-in coolers full of product we need to throw away and we’re losing sales,” said Kluger.

Fortunately, the West Hartford Center location did not lose power and has been open for business for customers to get coffee and charge their devices.

“That store has been doing Thanksgiving and Christmas level sales,” said Kluger.

As Hartford Baking Company, like so many other local spots, navigates through this unprecedented time, Kluger says there is one thing customers can do as they support their favorite places.

“It’s a difficult time for a lot of people, I would just say, be nice,” he said.

Kluger also says customers do need to wear their masks and give respect to employees, who are just trying to serve you and keep everyone safe.