WorkinCT: In Carousel circles, they are enjoying the ride

Team of artists and craftsmen get work from around the country, building new pieces and also restoring carousel horses 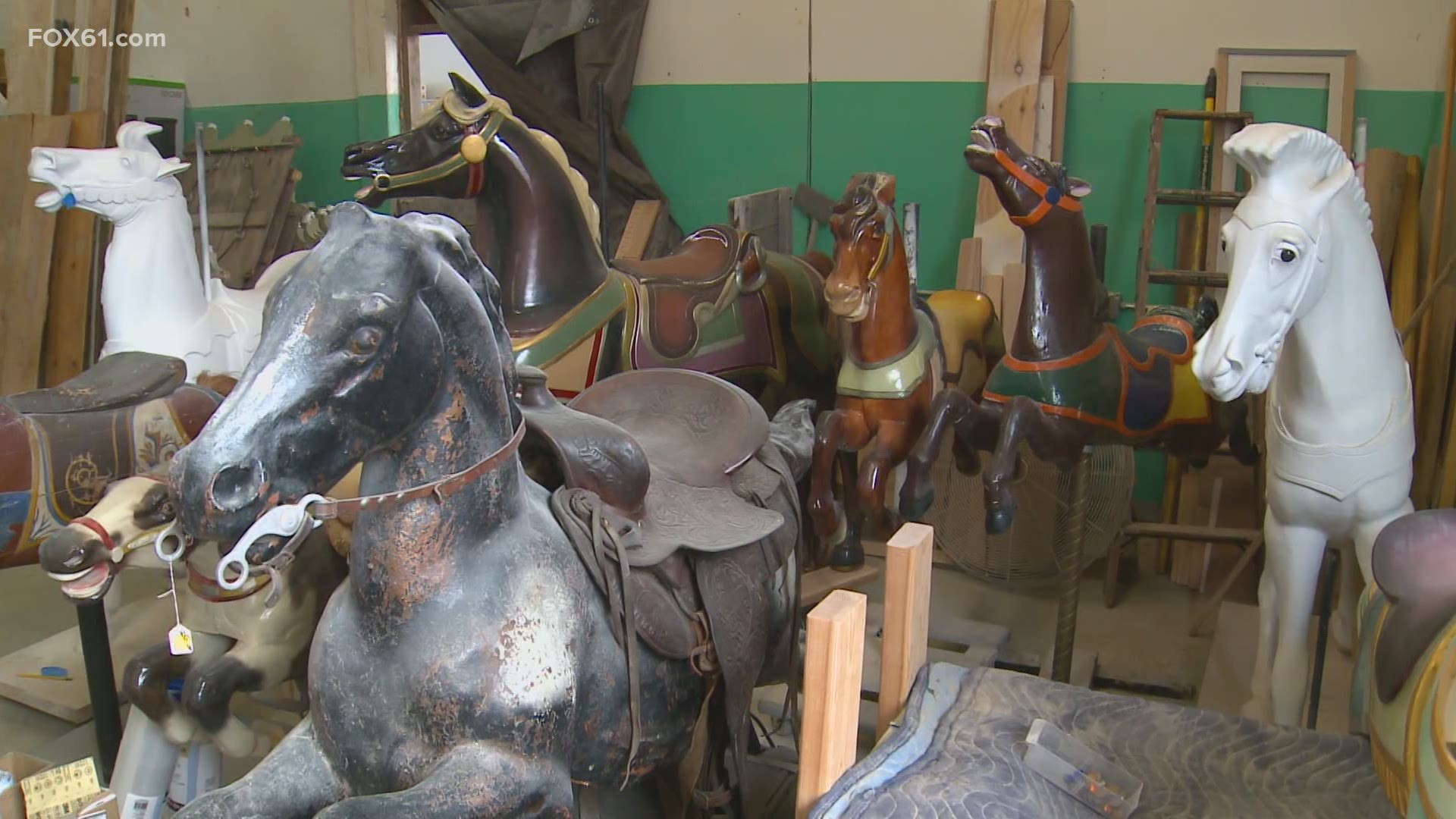 PLAINVILLE, Conn. — Bill Finkenstein, a trained artist, began working on carousel pieces nearly a half century ago and he’s gone in circles ever since. That’s how he wants it.

Along with son Gabe, Bill owns WRF Designs, and, in their Plainville warehouse, there are dozens of carousel pieces that undergo restoration each day. “I wanted to bring them back to life the way artisans did a long time ago,” Finkenstein said. The father and son duo and their team of artists and craftsmen get work from around the country, building new pieces and also restoring carousel horses for amusement parks and private collectors.

Pointing out various carousel pieces, the team is working on wooden horses from parks in Tennessee and New Hampshire, Gabe Finkenstein said, “these are more than a kids’ ride, they are actually a slice of history and it’s actually a slice of history that you can go to a park and ride on.” Gabe added that the mission of WRF Designs is not only to restore pieces of Americana but to educate as well. “I grew up with this,” Gabe said, “I can’t imagine anything better.”