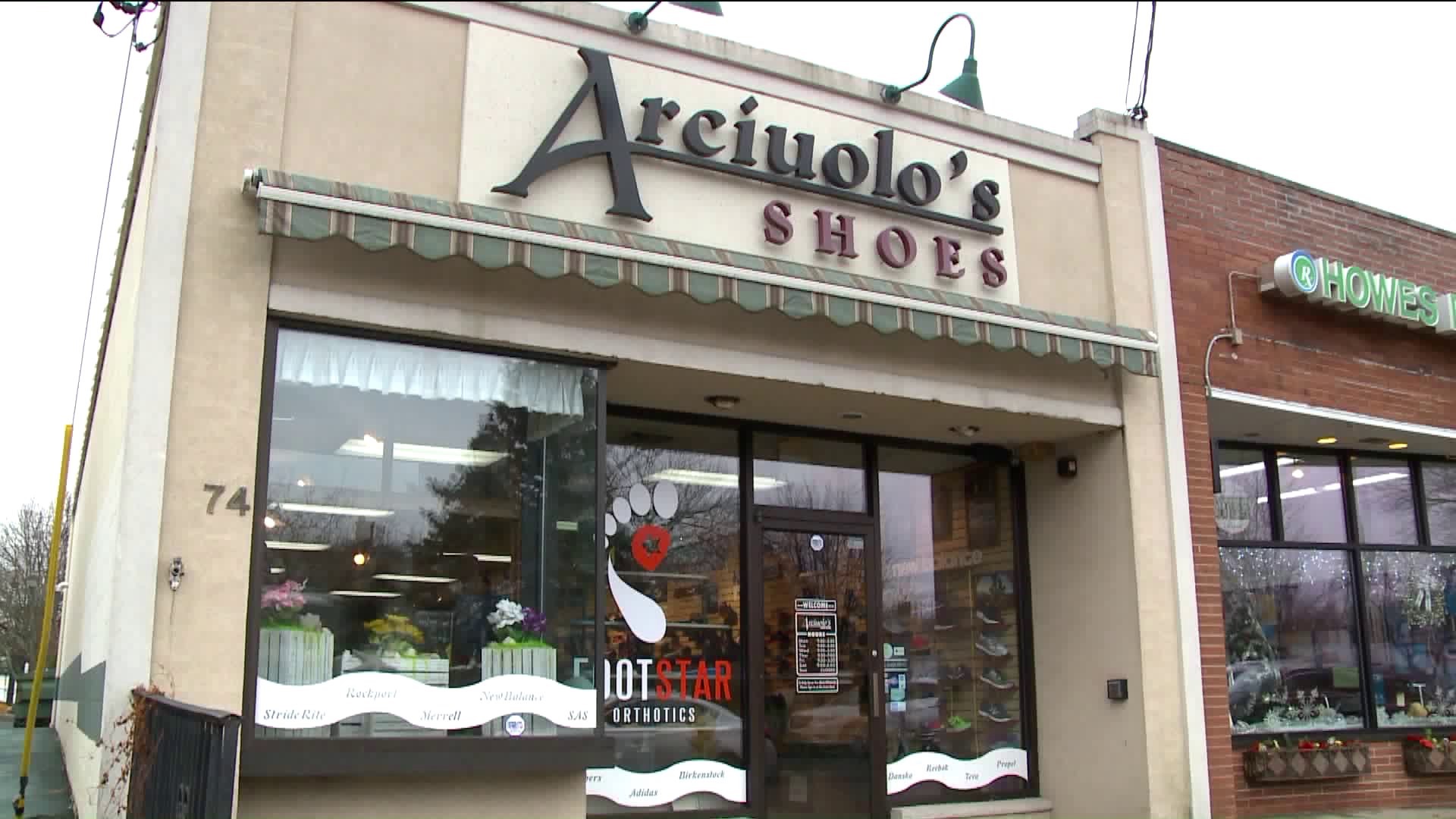 Though the technology may have changed, with pressure mapping and 3D imaging, the goal is still the same: to provide customers with shoe solutions whether that’s with an athletic sneaker or custom orthotics.

“It’s been wonderful in terms of helping athletes here at Arciuolo’s when they have pain and they just want to get on with their favorite activity,” said Felicia Arciuolo.

Those athletes were the inspiration behind another creation from Arciuolo’s: the VKTRY carbon fiber insole.  Matt Arciuolo developed it in 2005 for the U-S Olympic Bobsled Team as an insole to help athletes perform better and injury-free.

VKTRY Gear is now its own operation in Milford, catering to world-class athletes across the nation.

“VKTRY we were essentially a start-up operation three years ago with zero sales, and we had a chance to test the product, set up manufacturing, build a brand and our goal is to let people know about this product because it’s highly innovative,” said Steve Wasik, CEO of VKTRY Gear.

Innovative, but with the backing of 100 years of experience and tradition.

“We’re a Milford institution.  People know us.  I have grandparents who come in here and say ‘I got my first pair of shoes here.’  That’s unreal.  I don’t know any other businesses like that,” said Matt Arciuolo, who is the manager at Arciuolo’s Shoes and also Matt’s son.

The store says its loyal customers and amazing staff are the things that have kept it going all these years.