Connecticut Republicans are calling for an explanation from Eversource

The public outcry from users in shock of their recent bills has had Eversource pointing the finger at electric supplier Millstone and Millstone right back at them. 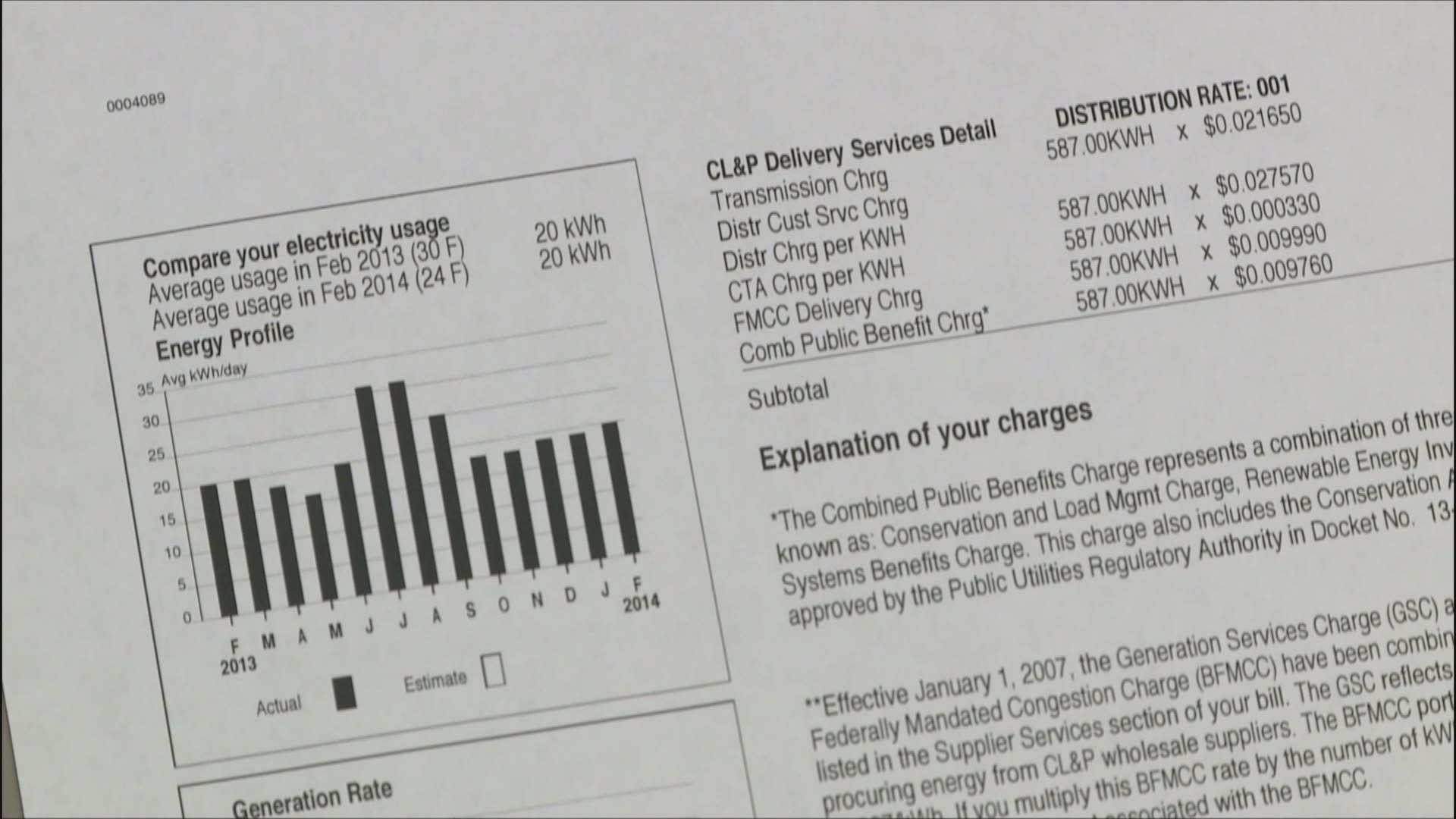 CONNECTICUT, USA — State Republicans want a hearing with Eversource to get to the bottom the electric increases putting a pinch on consumers.  The public outcry from users in shock of their recent bills has had Eversource pointing the finger at electric supplier Millstone and Millstone right back at them.

An explanation every homeowner, renter, and business owner in the state of Connecticut is looking for. State Republicans are calling for Eversource to explain the increases in depth to lawmakers.

"To turn to the public and say we can spend as much as we want and do whatever we want and you have to pay the rates and if you’re nervous about, it sweat in your house. That’s not an answer," said Sen. Fasano.

Republicans are asking for the Public Utility Regulation Authority to take a second look at the rate increases they approved for the month of July back on June 26th.

"When the day is done, we need to make sure that our representatives and our constituents are getting a fair deal," said house representative Vincent Candelora (R - 86th Dist.)

Aside from a hot July and increased summer electric usage, Eversource has pointed to major increases in your electric bill due to legislation put into place that instructed power companies to buy from the Millstone power plant owned by Dominion Energy. The rate of 4.999 cents/kWh agreed to and signed in October of 2019 went into effect July 1st and will be for the next 10 years. Dominion Energy claims it’s a great deal for the state of Connecticut and the lowest carbon-free supplier deal ever signed by the state.

PURA points to increases in the federally-regulated transmission rates and the non-bypassable, federally mandated congestion charge for a bulk of the increase. Much of which is out of the control of CT utilities.

Millstone is one of 23 programs and services that make up the NBFMCC cost. Although, Eversource says they make up 90% of that fee by themselves.

"It’s a complicated process anytime we’re dealing with energy so we’re asking PURA to take another look," said Rep. Candelora. "Let advocates come in to take their positions and see what we can do."

FOX61 has reached out to PURA and electric suppliers to get more detailed information on the federal rate increases as well as the difference of the Millstone rate in comparison to the previous supplier.

United Illuminating did not mention Millstone when referring to an increase in July rates. Instead, they likely attributed them to "COVID-related lifestyle changes and hot weather".