Gas prices on the rise in Connecticut

According to AAA, it’s the rise in crude oil prices and a new optimism that the demand for gasoline will increase as concerns over the COVID-19 pandemic decrease. 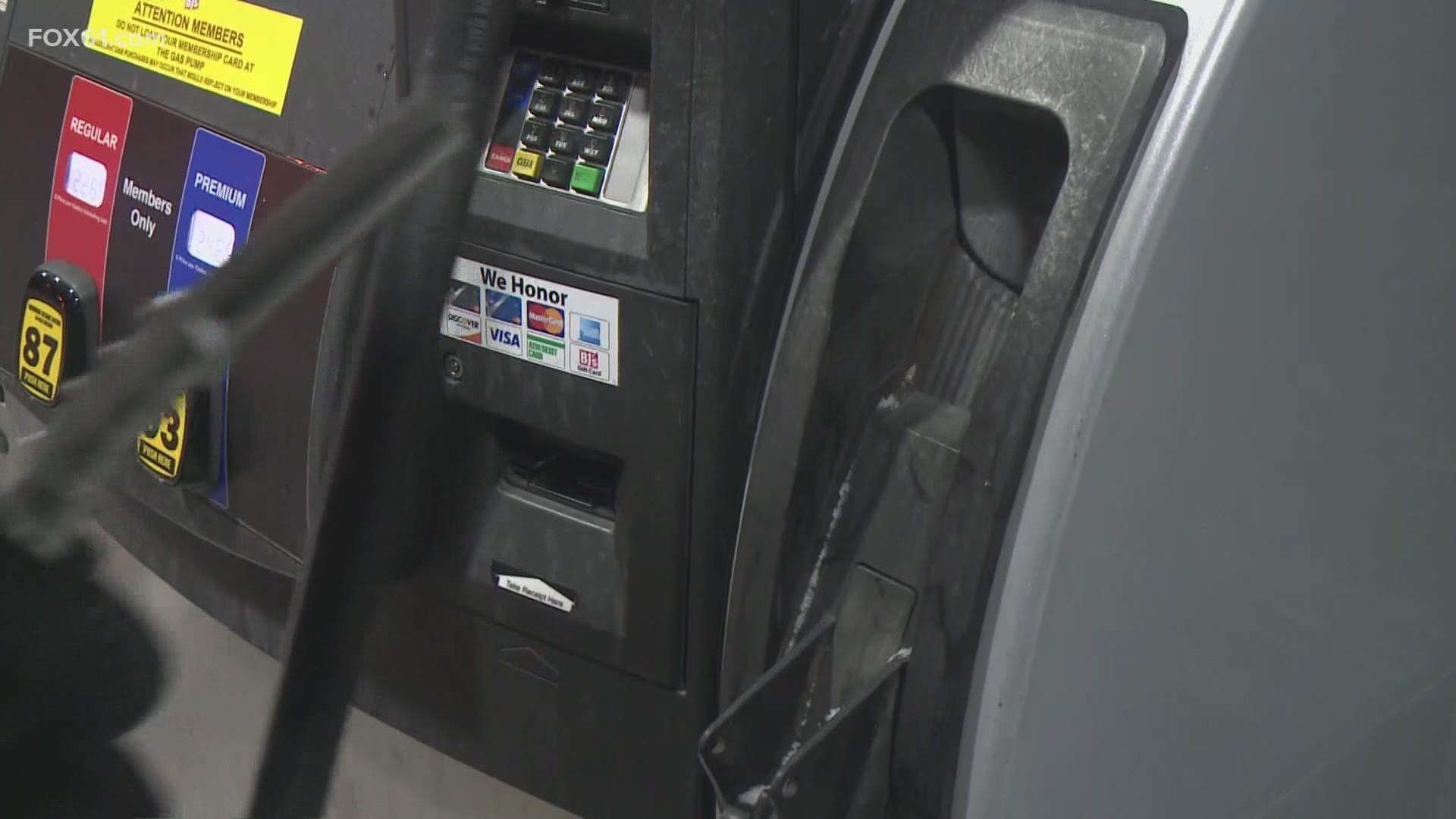 CONNECTICUT, USA — Gas prices are rising across the country, including in Connecticut. The prices here in Connecticut increased by six cents just this week alone, according to AAA.

If you’ve been to the gas station lately, and you think you’re spending more money than usual, you’re not wrong. Gas prices in Connecticut have risen 22 cents over the past month according to AAA.

So what's driving the recent increase in gas? According to AAA, it’s the rise in crude oil prices and a new optimism that the demand for gasoline will increase as concerns over the COVID-19 pandemic decrease.

“The market is keeping a close eye on that demand number, at this moment they’re optimistic because of the vaccine rollout and it remains to be seen what will happen moving forward,” AAA’s Amy Parmenter said.

When the pandemic first began last March ---gas prices decreased due to low demand and now it’s the opposite.

“Connecticut drivers for many months were enjoying relatively low gas prices and now that trend has reversed.”

Currently, Connecticut's average cost per gallon is $2.49, while the national average stands at $2.42. Although gas prices are rising, according to AAA, gas right now is still 13 cents cheaper than the average price this time last year.

Some drivers are choosing to stick with the quarantine lifestyle, spending less time on the roads.

While other drivers said they aren’t happy to be paying more at the pump.

“It does affect my wallet because it gives me less money to spend on other things,” Kenneth Walker said.