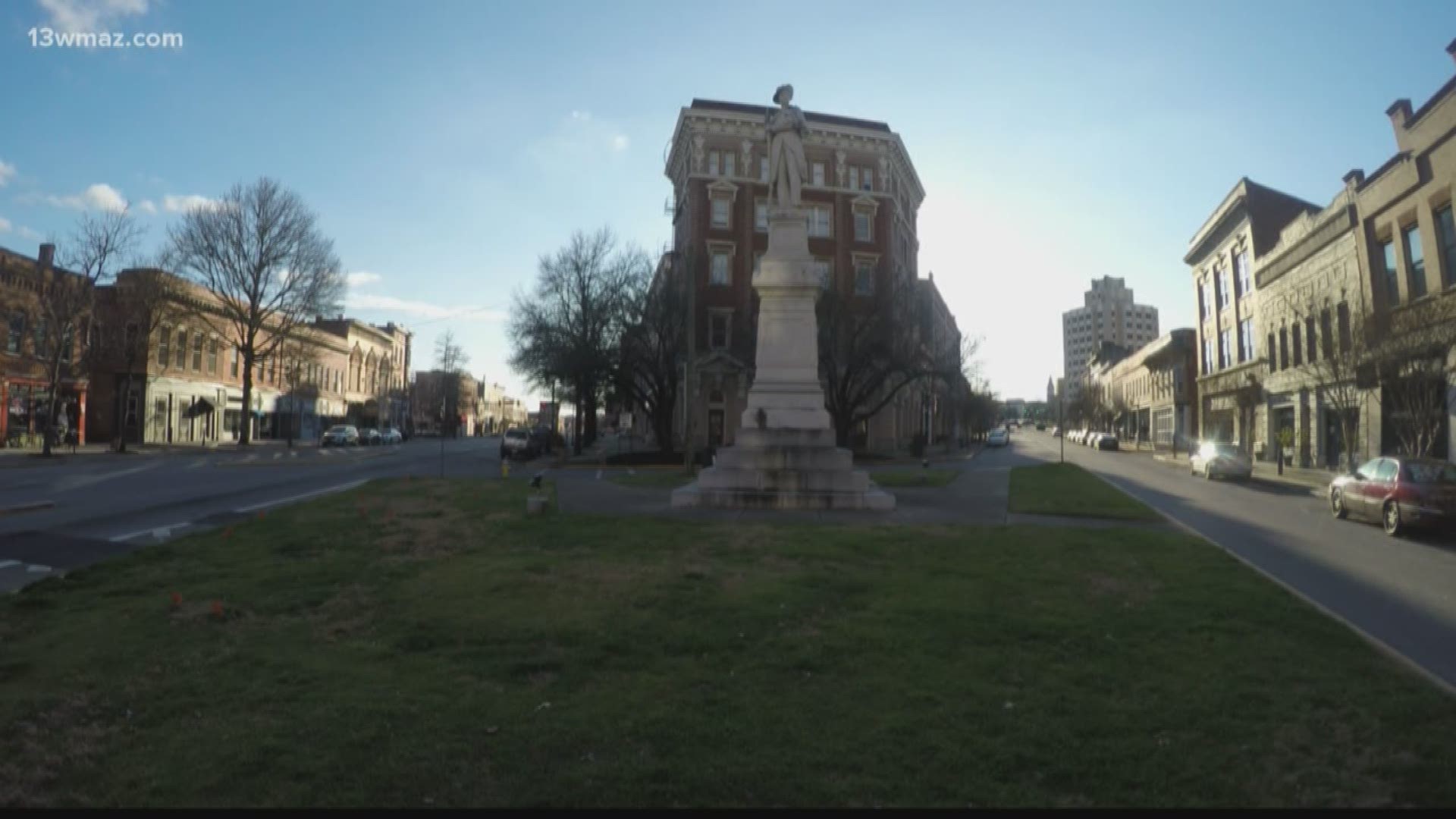 Fredrick Williams walks by the Confederate statue at the intersection of Cotton Avenue and Second Street in downtown Macon every day.

He says it doesn't bother him.

"You cant destroy history," he said.

But Maggie Gonzalez feels differently. She says the current statue focuses on a hard part of history, so she wants to reinvent the space.

"I'd love to see us greet the people who come to Macon with something really positive about our past. Hey welcome to Macon, we invented rock and roll," said Gonzalez.

According to Georgia state law, confederate statues can't be torn down, but they can be moved.

Gonzalez suggests taking it to Rose Hill Cemetery so people could view it there.

To move the statue, the county commission would need to approve it and pay to have it moved.

"You can see the racism. The hatred, I don't think it has anything to do with the statue, but it still is here in the South," said Williams.

Williams says it should stay because it's a way to remember history.

13WMAZ reached out to Macon-Bibb commissioners to see what they had to say about the statue.

Valerie Wynn:  I am in favor of leaving the statue where it is and not replacing it. It is a historical memorial and does not honor a particular person. It is similar to the statue at the top of Poplar Street. History is history. We cannot erase it or change it by removing symbols of it. It is as simple as that. In addition, I do not think we need to start erecting statues for “entertainers”- be it musicians or athletes. Where would you put them and who will pay for them? Our city has greater concerns and needs to consider before we start concerning ourselves with statues of any kind.

Mallory Jones: The Confederate statues represent many things to many people. Regardless, these statues are a part of our history, some of it good and some not so good. Nonetheless, they are a part of our history. We cannot eradicate or change history. I am opposed to removing or moving any of the Confederate statues. The cost for such an undertaking is prohibitive and as you know our [county] government cannot afford any extra expenses with the financial crunch we now have at Macon-Bibb. Additionally, my understanding is that it is against Georgia law to remove any of these statues. Certainly, I am open to a statue of Little Richard, a national and local musical icon who lived in Macon. Perhaps, a good location would be [at] the Little Richard house.

Joe Allen: When you start removing history, then ALL history no matter the history in Macon should be removed. Street names, statues, buildings named after others. The best thing this group you're referring to is to put stars on streets of heroes from long past. Little Richard has a street named after him and yes his home. Do not try to change history, before you look up the history of one and you will decide to leave history alone.

Virgil Watkins: Anything would be better