WALLINGFORD – A special centenarian birthday celebration in Wallingford, not just for one centenarian but 19 of them! The year was 1919, Woodrow Wilson wa... 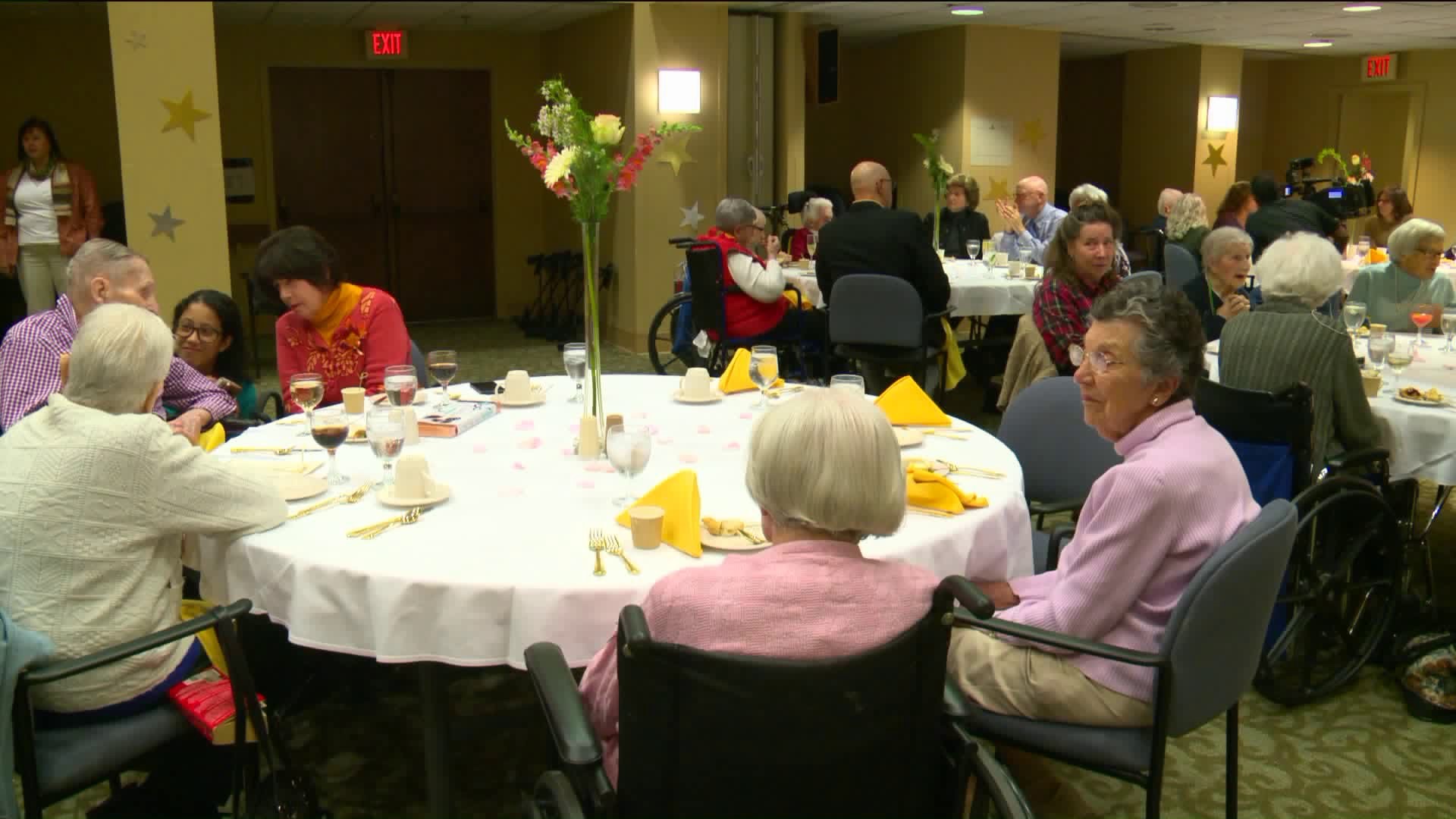 WALLINGFORD - A special centenarian birthday celebration in Wallingford, not just for one centenarian but 19 of them!

The year was 1919, Woodrow Wilson was president, World War I had just ended and it was the year of the Black Sox scandal. It’s also when these current Masonicare residents were born.

“I have no secret, I just was lucky that’s all,” said Camille Bonocchi

Each year Masonicare has a celebration to recognize all of their centenarians. The oldest currently at 104.

Harry Bartlett will celebrate his 104th birthday come December. He shared many stories with us including building a house on 20 acres in Woodberry by hand.  But his favorite story of all was the love story he shared with his wife of 60 years. “My wife, I miss her so much.”

What’s the secret to a good marriage?

We asked many of the resident for a secret but none of them seem to have one, except for Jane.

“Vegetables, I love anything green wild, there’s wild spinach there’s a lot of plants people can eat that they don’t realize it,” said Jane Thompson.

Jean told us she never imagined how far the world would come in her lifetime.

She worked with engineers in the Navy during WWII illustrating for them. She can’t believe all the things women are able to do now.

In total there are 19 centenarians at Masonic care, You may be surprised to know the women outnumber the men just three of them men but all of them with a story to tell.