BRIDGEPORT – A violent weekend in Bridgeport spills over into the week. Nearly two dozen shots were fired in a drive-by shooting outside of Superior Court... 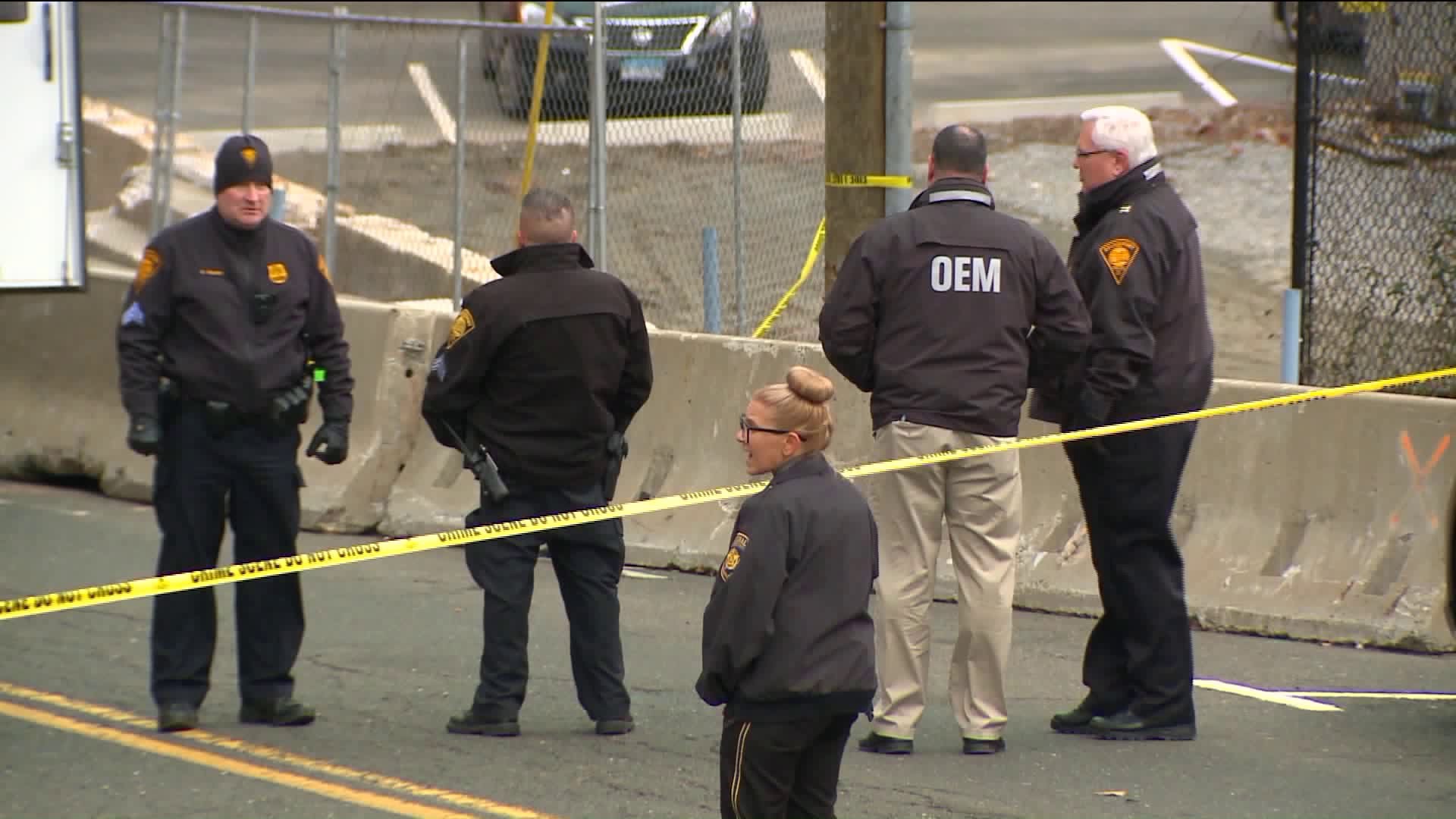 BRIDGEPORT - A violent weekend in Bridgeport spills over into the week. Nearly two dozen shots were fired in a drive-by shooting outside of Superior Court. Authorities believe it was in retaliation. Connecticut State Police are stepping in to help beef up enforcement.

"The main goal is de-escalation and the prevention of further retaliation," said Brian Foley of Connecticut State Police.

Authorities say retaliation is the motive behind a shooting that landed four young men in the hospital. Their car riddled in bullet holes sat outside Bridgeport Superior Court on Golden Hill Street. Nearly two dozen evidence markers covered the street documenting the barrage of bullets fired in the middle of the day.

"Tonight the city is going to be locked down. We’re gonna protect the good people who live in the city," said Bridgeport Chief of Police Armando Perez.

Some of that protection will be coming from Connecticut State Police as part of a partnership with the city of Bridgeport. City officials say their presence will be felt immediately.

"That’s state trooper presence 24 hours a day for the next few days and then we will reassess," said Foley.

At 12:15 pm ShotSpotter recorded 20 shots fired outside the courthouse. Four men sitting in a car out front were struck. Three of which ran inside the courthouse where Court Marshals put the place into lockdown.

"[Court Marshals] Did a phenomenal job locking down the courthouse to make sure that everybody inside was safe and begin rendering aid to the victims who retreated inside," said Captain Brian Fitzgerald of Bridgeport Police.

Police say the shooter drove by firing from his car before taking off. Police would bring three men into custody following a pursuit that ended on Pine Street.They were charged with unrelated offenses but are believed to be persons of interest in the shooting. Police say all parties involved are in their early 20’s.

"This was not a random act of violence. Seems like it was targeted," said Bridgeport Mayor Joe Ganim.

Authorities believe the shooting is linked to one that occurred Sunday night at the Greene Homes on Highland Avenue. Myreke Kenion, 18, was killed in the encounter. A second victim, 21, was treated for gunshot wounds at Bridgeport Hospital.

"No homicide, no shooting is going to go unanswered in the city by the Bridgeport police department," said Mayor Ganim.

The four men injured in the shooting are expected to be OK.

City officials tell FOX61 that they have been working with the Department of Housing to decommission the Greene Homes which have been a trouble area.

The Cities partnership with State Police has been successful in the past with great support from the community. More information about the uptick in policing will come from city officials in a press conference around noon Tuesday.