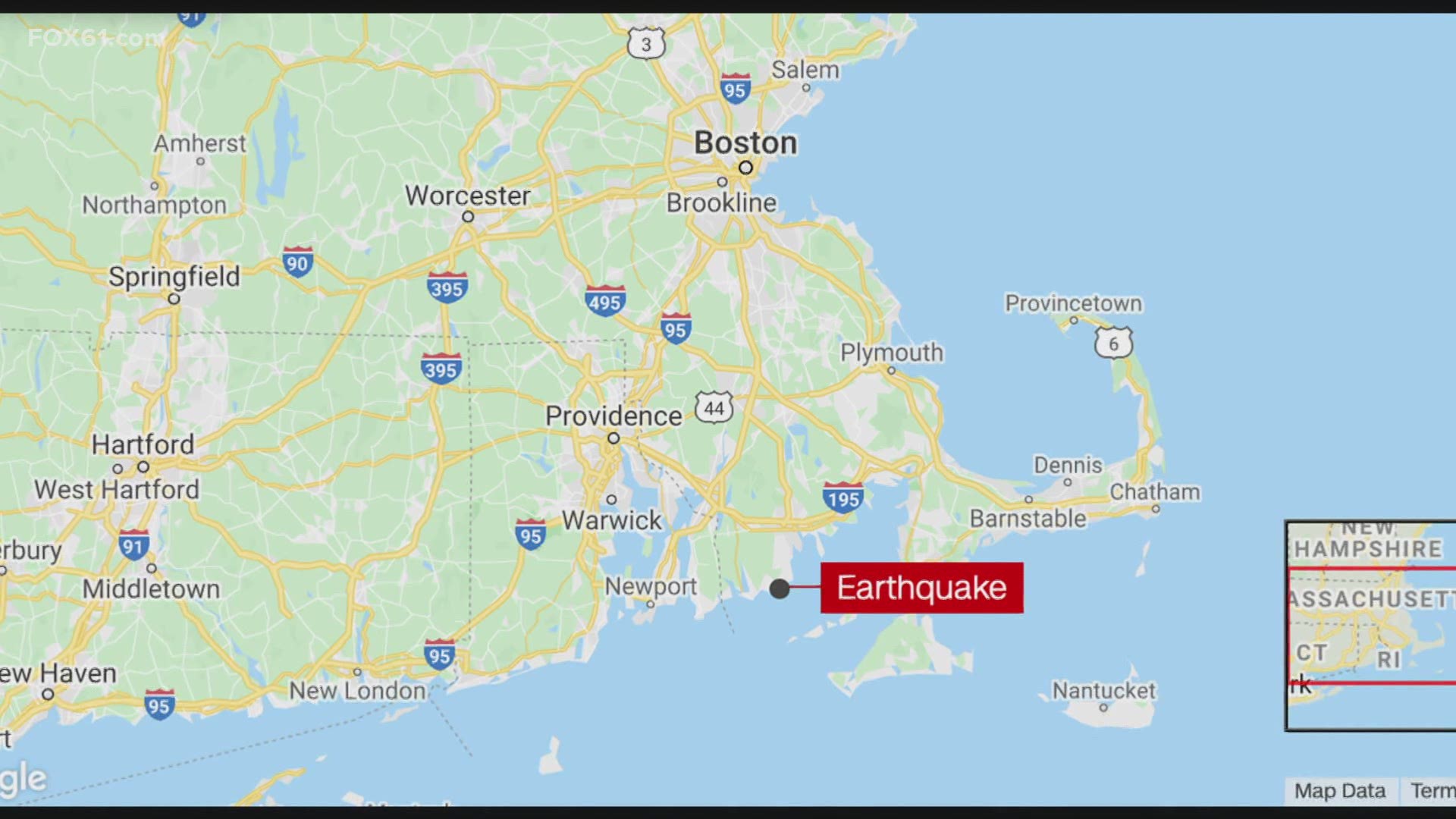 HARTFORD, Conn — An earthquake struck southern New England on Sunday morning but there were no reports of serious damage.

The earthquake struck at a depth of a little more than 15 kilometers (9.3 miles) and was felt across southeastern Massachusetts, Rhode Island and into Connecticut.

Originally, the quake measured 4.2 on the Richter Scale, however the USGS scaled that back to 4.0 and then 3.6.

UConn Professor Vernon Cormier said,  "Earthquakes can happen in New England, although ones large enough to be felt are rare.  This is the largest event in New England since 2012. Although we are not on a boundary of a tectonic plate, stresses communicated far into the interior of our plate can reactivate ancient faults 100's of million years old."

Gaby Molina was live on Facebook with local reaction.

There was a slight earthquake in the Northeast that was felt by many here in Connecticut this morning. We haven’t received any reports of damage but we will keep you updated. https://t.co/MXg0gp0Hhj

Here’s the “shake map” for the earthquake this morning in Massachusetts. All the little squares represent people who felt it. pic.twitter.com/41Ak9njDFF

Magnitude 4.2 earthquake this morning, located just off the coast of southeastern Massachusetts. Felt by people across much of southern New England. Did you feel it??? pic.twitter.com/o19S3viy55