Biden was an early Jimmy Carter backer in '76 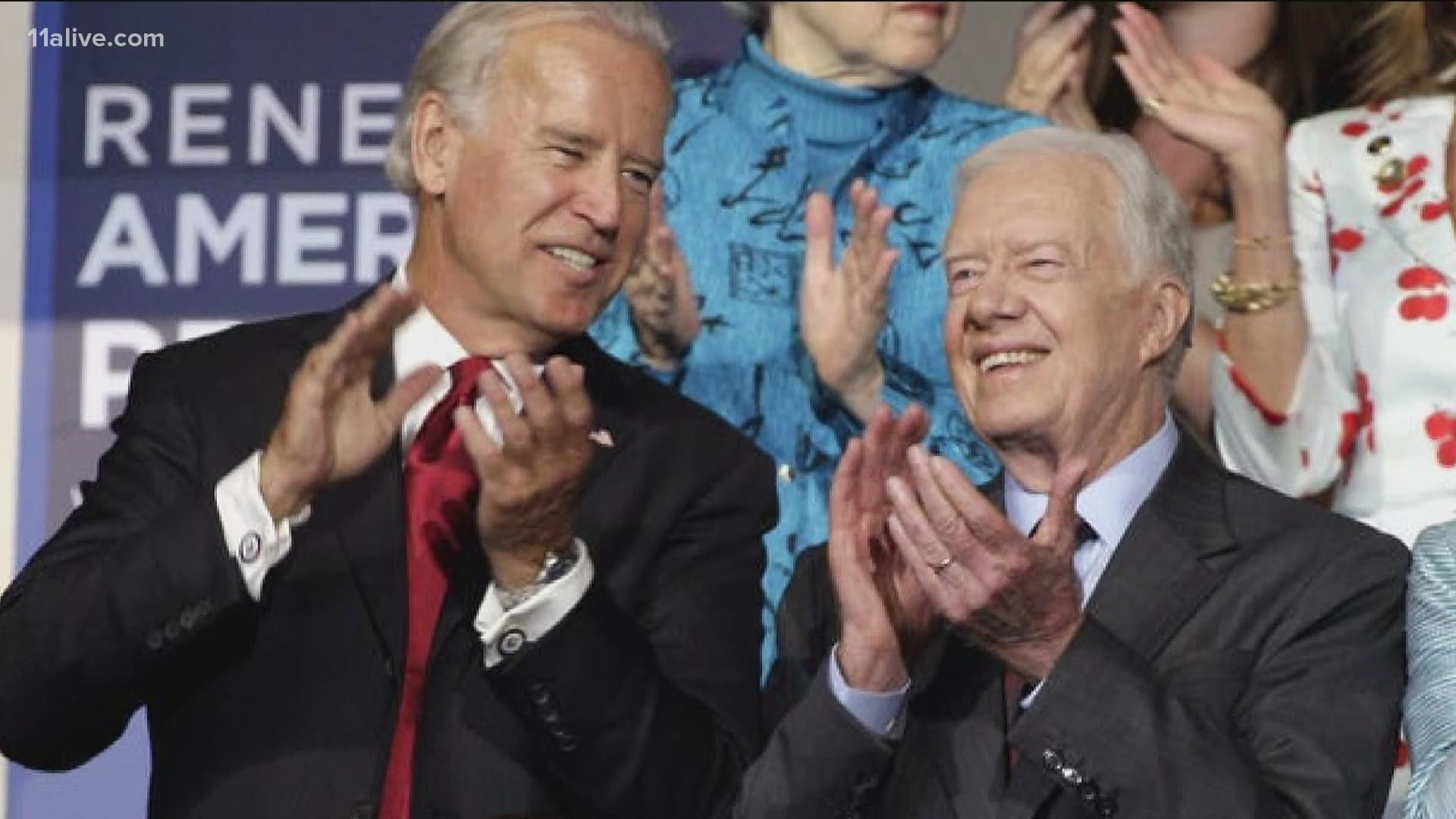 ATLANTA — President Joe Biden’s visit to Plains Thursday will be a reunion of two Democratic allies – and likely, an exchange of ideas for Biden’s presidency, according to former President Jimmy Carter’s oldest grandson.

Jason Carter said Joe Biden was among the first U.S. Senators to support Jimmy Carter when the then-former governor of Georgia first ran for president in 1976.

"They have had that close friendship ever since," Jason Carter said. "And I know my grandparents are honored that the president is going to take some time to go visit them down in Plains. He’ll see them where they live. And I think they’re just thrilled to get that opportunity to share some personal moments with somebody that they’ve known now for 45 years."

Jimmy Carter was a comparatively youthful 90-year-old when he campaigned in 2014 with his grandson during Jason Carter’s unsuccessful run for governor. For decades, the former president retained a public presence in his hometown of Plains, teaching at Maranatha Baptist church. However, a fall at his home in 2019 shut down the former president’s Sunday school appearances.

"He’s still, I think, recovering from that in terms of getting around, walking, and in getting sort of his speech back the way that it was," said Jason Carter, who now runs the Atlanta-based Carter Center. "But he’s still on it. He still calls (regularly) to talk about politics or about the Carter Center."

Carter showed support for Biden in a short video that played during the 2020 Democratic National Convention.

"I know they’ve confronted a lot of the issues together that Biden is still confronting," Jason Carter said. "And I know there’s a lot of personal wisdom to be shared there."