A timeline of the Jennifer Dulos investigation

HARTFORD — In the eight months since the disappearance of Jennifer Dulos, the case has taken a lot of twists and turns. Jennifer Dulos has been missing si... 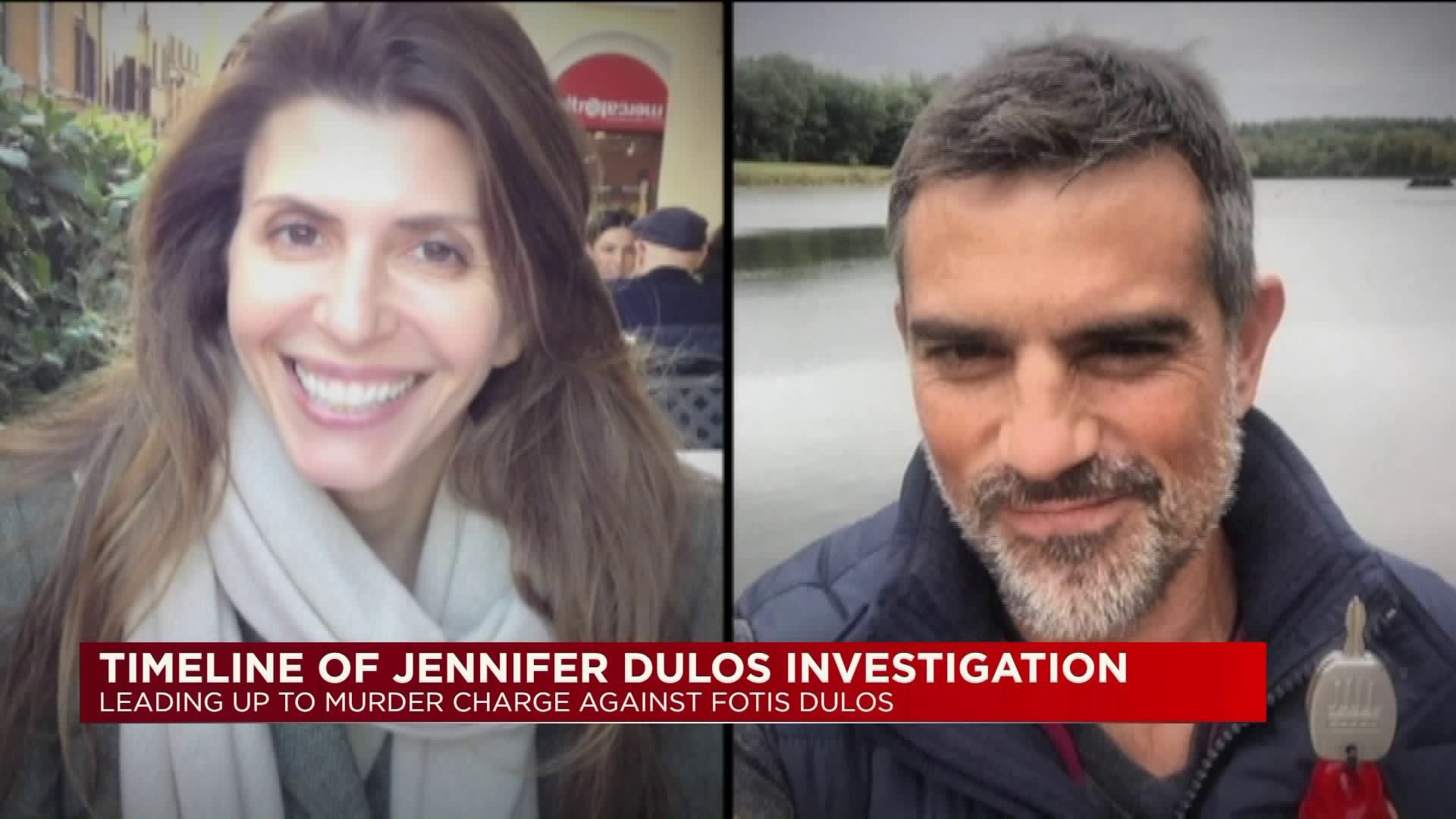 HARTFORD -- In the eight months since the disappearance of Jennifer Dulos, the case has taken a lot of twists and turns.

Jennifer Dulos has been missing since May 24th. It’s been a lot of legal wrangling that’s led us to Tuesday and the bombshell developments that have blown the criminal aspect of the case wide open. It’s not only a criminal case.

“We've got three words for the state. Bring it on,” Dulos’ Attorney Norm Pattis said at a press conference several months ago.

Pattis got his wish Tuesday as the criminal case against Fotis Dulos and his girlfriend, Michelle Troconis broke wide open with charges of murder, felony murder, conspiracy to commit murder and kidnapping.

“We welcome this fight because we believe we will win it,” said Pattis.

Prior to Tuesday, Dulos and Troconis were only charged with tampering with evidence and hindering prosecution in connection to the May 24th, 2019 disappearance of Fotis’s estranged wife, Jennifer.

It's the story that's captivating the country. FOX61 has been leading the aggressive coverage in the search for answers since the beginning.

Evidence led investigators to search a Hartford trash facility for weeks on end. At the same time, vigils were held for Jennifer Dulos. Not long after, there was a scathing "gone girl" allegation made by Dulos Attorney Norm Pattis that suggests Jennifer may have fabricated her own disappearance.

“The truth is sometimes inconvenient. It's hurting Fotis,” remarked Pattis at the time.

That allegation was followed by groundbreaking video evidence that surfaced showing a man who looks like Fotis dumping trash bags of bloody clothing into storm drains in Hartford.

In the days, weeks and months that followed the desperate search continued in lakes and reservoirs and back at Waveny Park in New Canaan where Jennifer's car was found. Investigators also scoured every inch of Fotis' multiple homes.

But it's not only a criminal matter.

A civil trial has Fotis Dulos battling with Jennifer Dulos' Mother, Gloria Farber, for millions in alleged loans. A pending family court case has Dulos clamoring for access to his children.

“I love my children, I miss them every day,” said Dulos.