HARTFORD — Connecticut lawmakers are now questioning the federal government after a state pardon issued for a Hartford mother, Wayzaro “Tazz” Walton- has ... 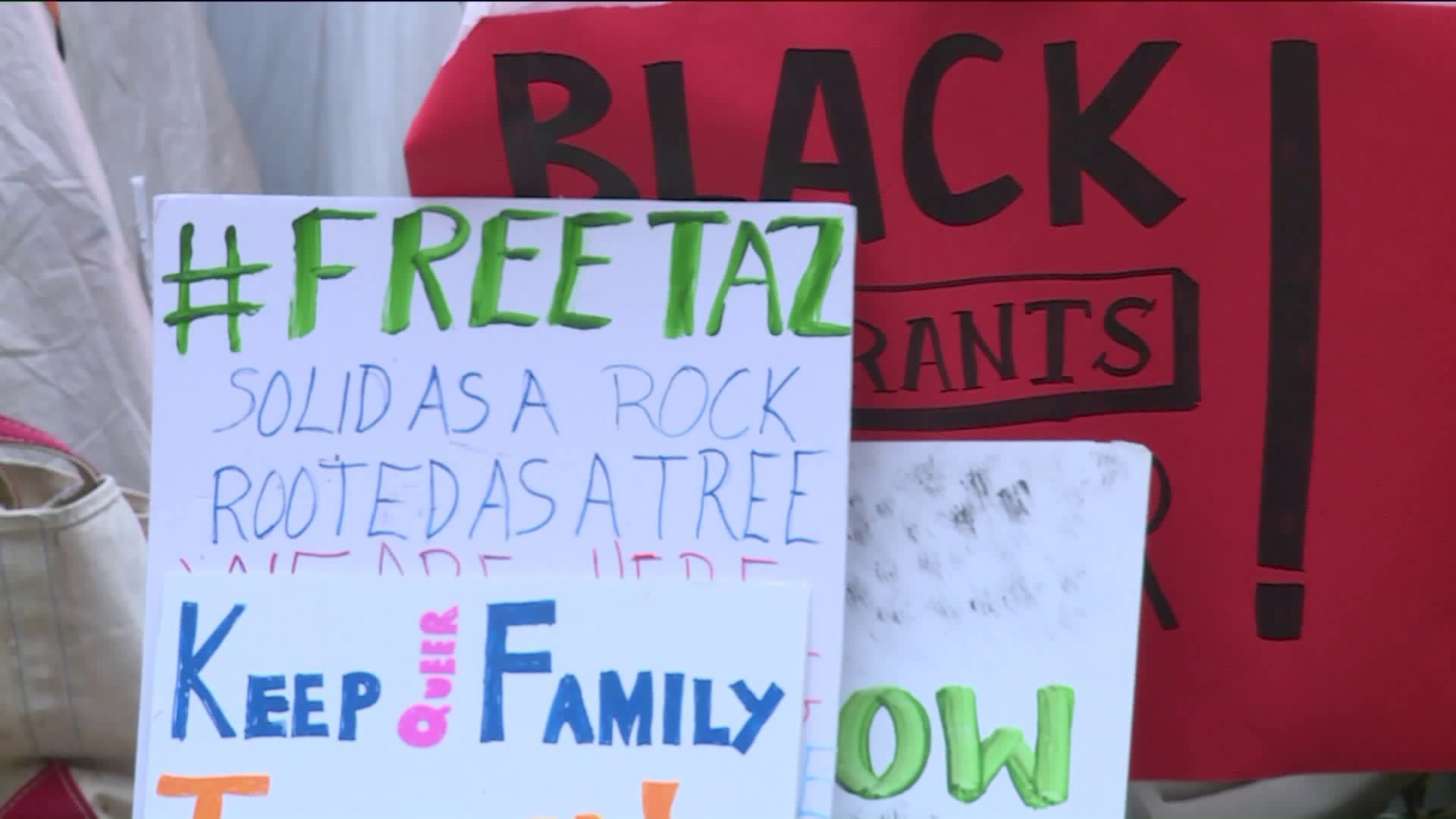 HARTFORD -- Connecticut lawmakers are now questioning the federal government after a state pardon issued for a Hartford mother, Wayzaro “Tazz” Walton- has fallen on death ears.

Supporters and activists have been camping outside the federal courthouse in Hartford since Walton received a stay of deportation last Tuesday.

Walton moved to Connecticut from England at four years old and was given a deportation order recently due to past criminal convictions.

Walton has been in detention since March - despite receiving an absolute and unconditional pardon by the state.

Lawmakers said Connecticut’s Board of Pardons goes through a lot of information to make sure the individual truly deserves it.

Mayor Luke Bronin has also advocated on Walton’s behalf to the Board of Pardons and Appeals, and to ICE to prevent her deportation.

“We’re just trying to figure out and press the issue, why is Connecticut any different,” Walton’s wife Tamika Ferguson said

Walton was being detained in Boston but has recently been moved to a New Hampshire facility.

Her family said they have not received any word yet from ICE authorities.