ANSONIA- It’s been six weeks and there is still no word as to the whereabouts of missing one-year-old, Vanessa Morales. On Monday, Dec. 2, Ansonia police were c... 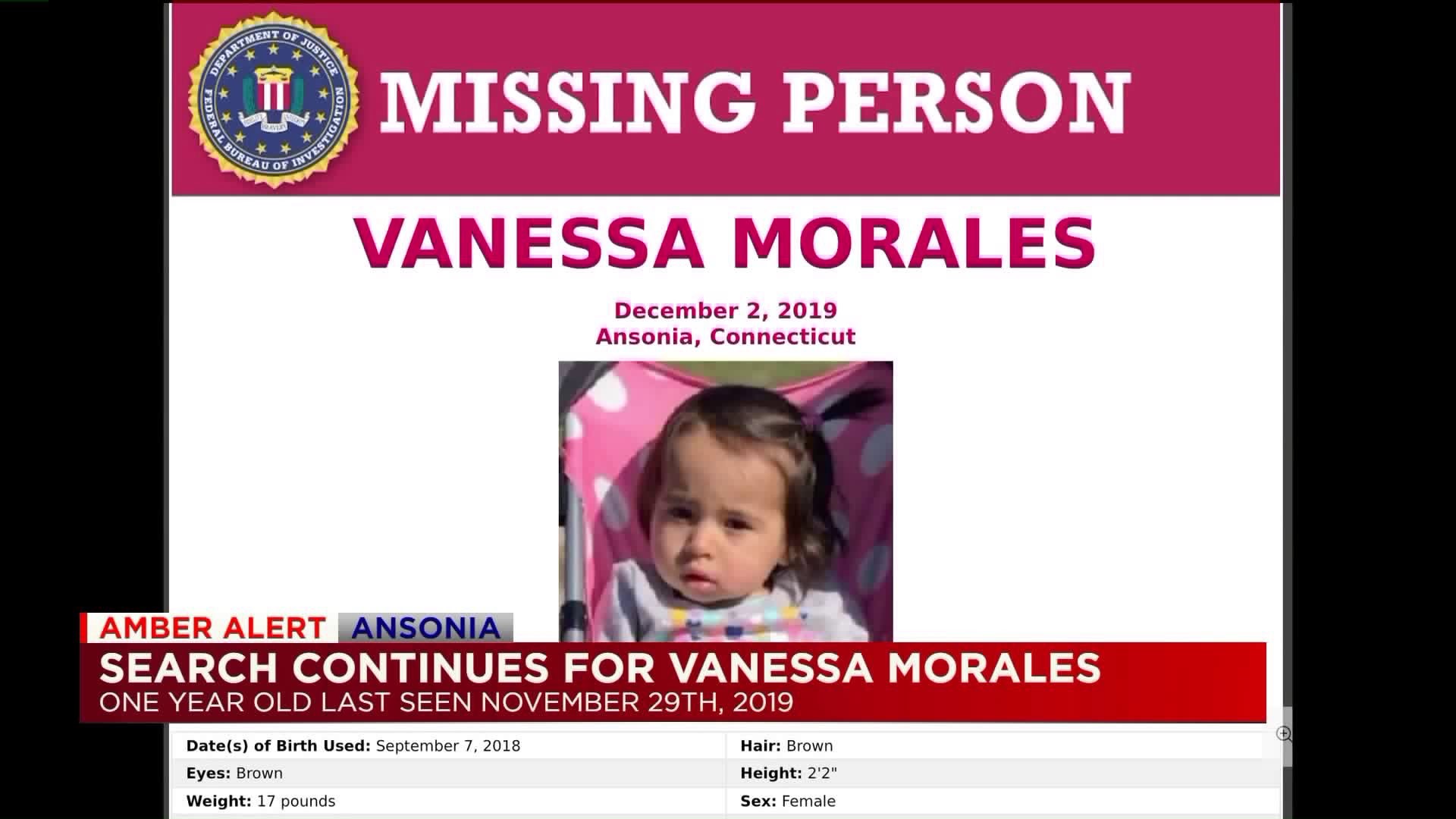 Ansonia Police Department. “Hopefully, one of these times, it will be an accurate and actual sighting and we will be able to bring her home.”

Several weeks ago, police said they needed help locating a Graco car seat seat, perhaps with a teething ring. There was also an Eddie Bauer backpack style diaper bag and a polkadot comforter that. They showed pictures of all three during a press conference.

“We encourage people to keep putting Vanessa‘s picture out there,” Lynch said. ”We believe that the more exposure it gets the better it is us and the better it is for getting baby Vanessa home.”

Vanessa Morales‘ father, Jose Morales, 43, who is the prime suspect in both the murder of his daughter’s mother and the baby’s disappearance, continues to be held on $250,000 bond after being arrested Dec. 3 on unrelated weapons charges.

“Our detectives still continue to work and build a very strong case and we’re hoping to bring that to a resolution quickly, as far as the homicide goes,” said Lynch.

Of course, several weeks ago, the FBI offered a $10,000 reward for information leading to the safe return of baby Vanessa Morales.