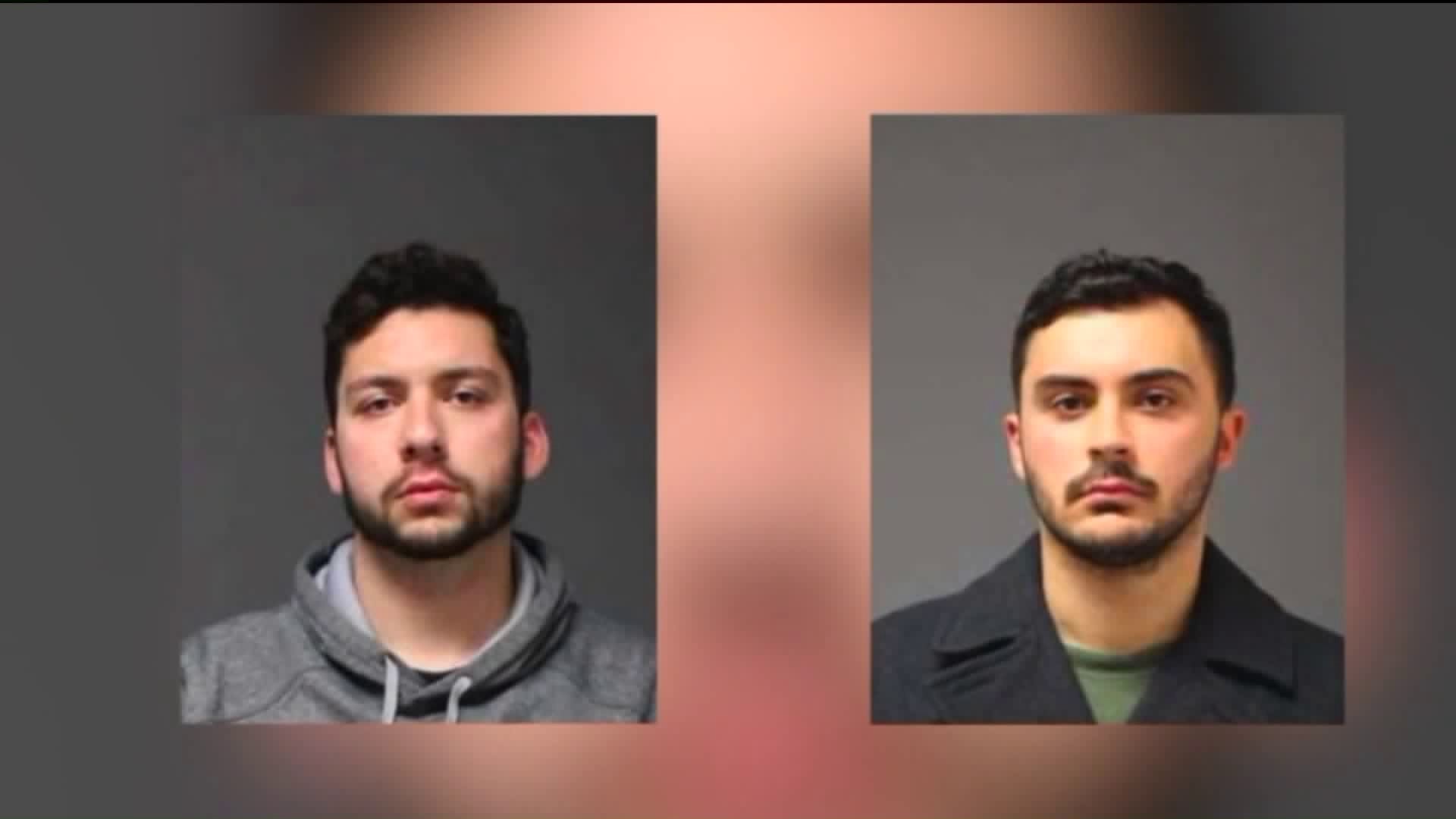 STORRS — The arrest warrants for two male UConn students who police said were seen in a video shouting racial slurs were released Tuesdsay.

UConn police said Jarred Karal, 21, and Ryan Mucaj, 21,  were the two people shouting in that video. According to police, a third male party was also seen in the video, but they said he did not participate.

The affidavit said the police reviewed security footage from nearby business and located customers with similar clothing to that in the viral video. The men in the video were seen as they left a pizzeria shortly after midnight and walked over to the dorm. In reviewing video from the pizzeria, police were able to get a better description of the suspects. Police used ID scanners at the Husky Tavern, next door, to get the suspect's names. From there they were able to determine what dorm they lived in. Police said the suspects walked back to their dorm and their phones reconnected to the wifi.

At the time of the incident, there was a third student with the pair that was arrested. The affidavit said the third student told the suspects they were being idiots. "It was not directed at anybody it was just them being extremely stupid and disrespectful," he told police.

The video prompted marches and rallies from students, Some are now saying they feel a form of justice was served, others have a different opinion.

One student who was not named, but gave an on-camera statement said,  “In the dark of the night, that could’ve been you with them calling you the N-word and don’t know who they were because it was dark at the time. So it’s like it could be my friends. It’s scary.”

Junior Taylor Weischet said,  “It made me really upset just knowing that this is going on in my campus in 2019. You would think that this wouldn’t be an issue anymore.”

University President Thomas Katsouleas attended on of the marches and rallies on Monday, prior to the arrest, and agreed with students saying this type of behavior is not accepted. Katsouleas  said, “If you are not for equality and respect than I am not for you.”

UConn took it a step further and sent out a letter to students saying they will be searching for a Chief Diversity Officer in response to the incident.

Some students we spoke to say the arrest was long overdue.

One student said,  “It does leave a sour taste in my mouth, but I don’t blame UConn per say. Of course sometimes people sweep things under the rug, but this one got put into the limelight and I’m happy that it did and it highlights some of the issues at UConn and other colleges.”

Senior Savannah Turner said, “It’s long overdue, but I am glad that the underclassmen are making a change and doing something that our class could never do and other classes before us couldn’t do and that is shed light on this particular issue.”

Both students who were arrested are scheduled to appear in Rockville Superior Court next Wednesday.