MIDDLETOWN — Ben Florsheim was victorious in Middletown over Sebastion Giuliano Tuesday night. Florshiem said his campaign began in his apartment a few mo... 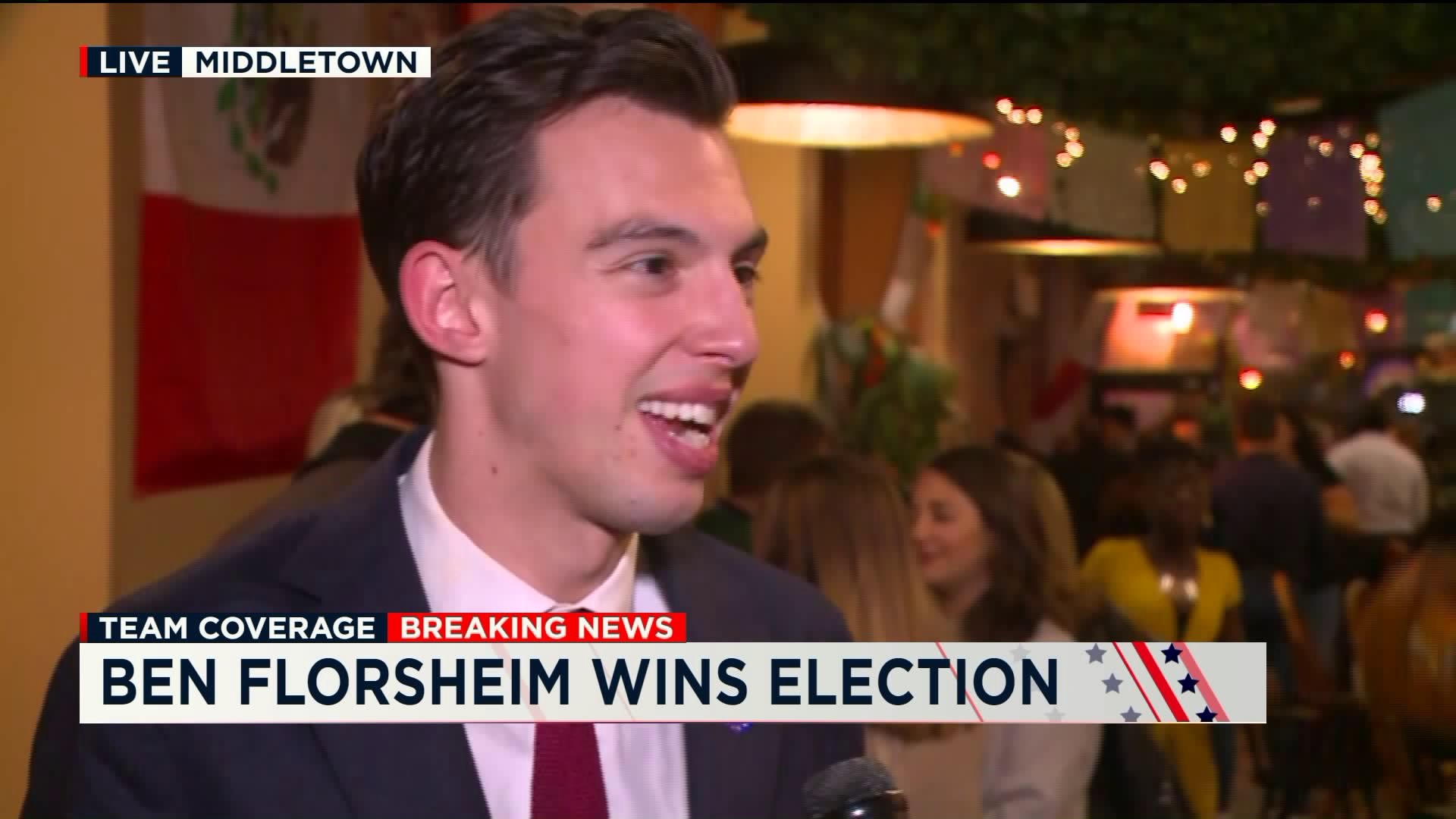 Florshiem said his campaign began in his apartment a few months ago with friends. It has since grown into something so much more.

“It’s humbling. It’s exciting and what’s on my mind is just how much work is ahead,” said Ben Florsheim.

Florshiem walked into La Boca to great supporters as the next Mayor of Middletown.

“We’re going to need everyone who voted in this election to be a part of what comes next in the city of Middletown. I’m excited to have the opportunity to be a part of that,” said Florsheim.

“Congratulations," said Giuliano. "Take care of this city. It’s pretty special to me and just take good care of it."

Both campaigns reported about 40% turnout across the city.

At Wesley school in Middletown the parking lot and voting booths were full.

“It’s about a changing of the guard. People feel strongly both ways and I understand both ways,” said Elizabeth Bobrick.

Over 50% of registered voters in district 6 turned out to cast a ballet.

“I’m hoping everybody comes together and sees that there’s a lot Middletown can do improving schools, connecting us with other towns in the state,” said Bobrick.

“Taxes of course is always a big thing. The Board of Ed. We are building a new Middle school,” said Bill Wilson. “Route 9 is always a big issue but I always tell them that the DOT has to take care of that.”

Florsheim has talked about putting a plan together to improve the riverfront and open it to the public.

”Everybody wants that. It’s Such an incredible asset Middletown has. It’s a beautiful, beautiful riverfront,” said Amy Albert.

Florsheim says the work is just beginning in Middletown. A city excited for the onset of the next phase.

“There’s a lot going on in Middletown and I can only hope that this is a sign of things to come next year,” said Albert.