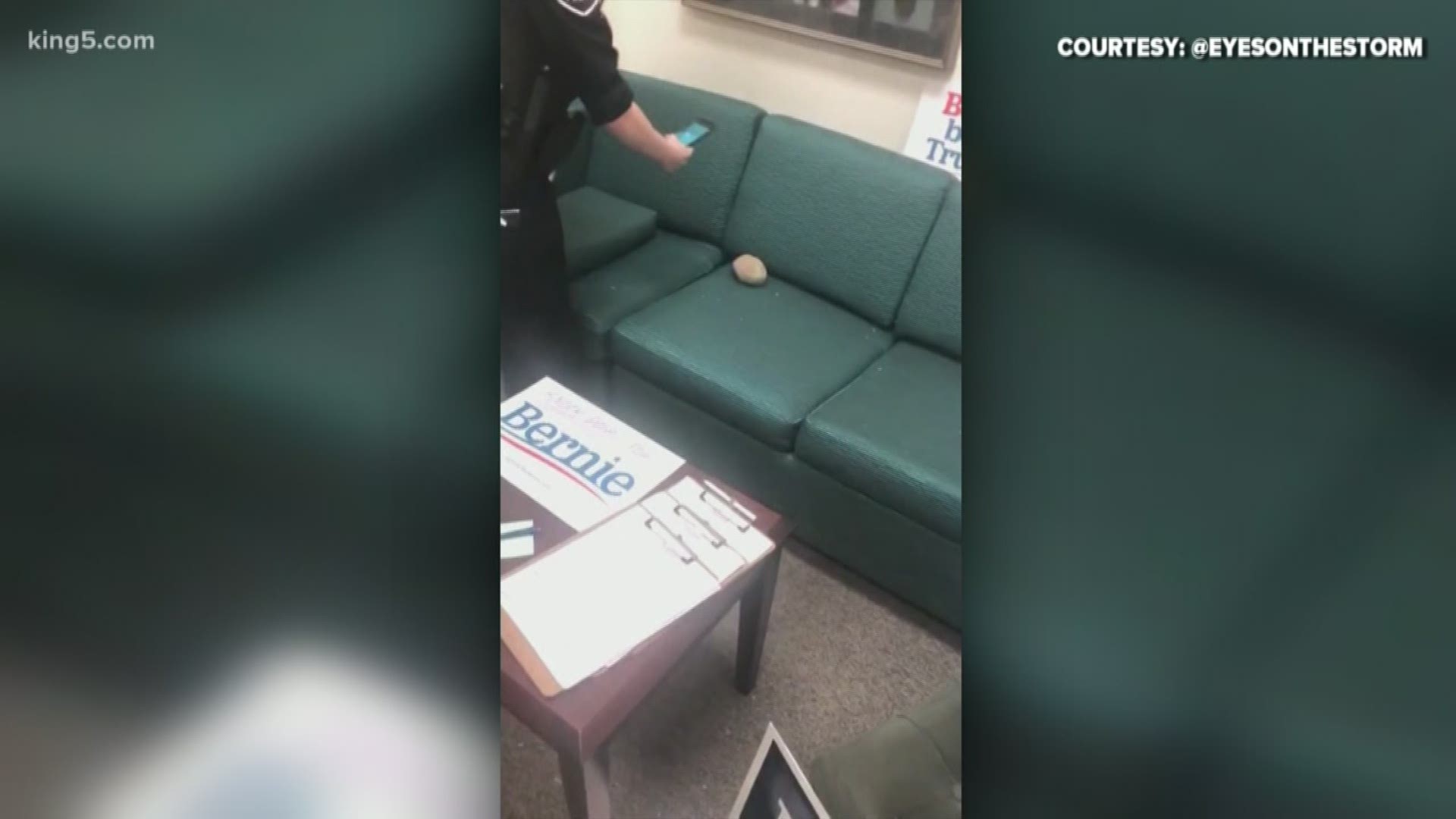 SEATTLE — Police are investigating after someone threw a large rock through the glass door of Bernie Sanders’ Seattle presidential campaign headquarters.

Sanders’ state field director Shaun Scott said no one was hurt in the incident Friday night. Staffers swept up the pieces and patched the door with plywood.

Scott tweeted a video showing the damage and Seattle police can be seen taking photos and talking to campaign staffers.

"We take our cues from Bernie; our campaign is nothing if not resilient," Scott said in his tweet.

Sanders was in Tacoma last week for a campaign event that drew thousands. It was his first visit to Washington state during the 2020 presidential campaign.