How a black Senate candidate could help Georgia Democrats

Kemp's GOP appointee due by December 31 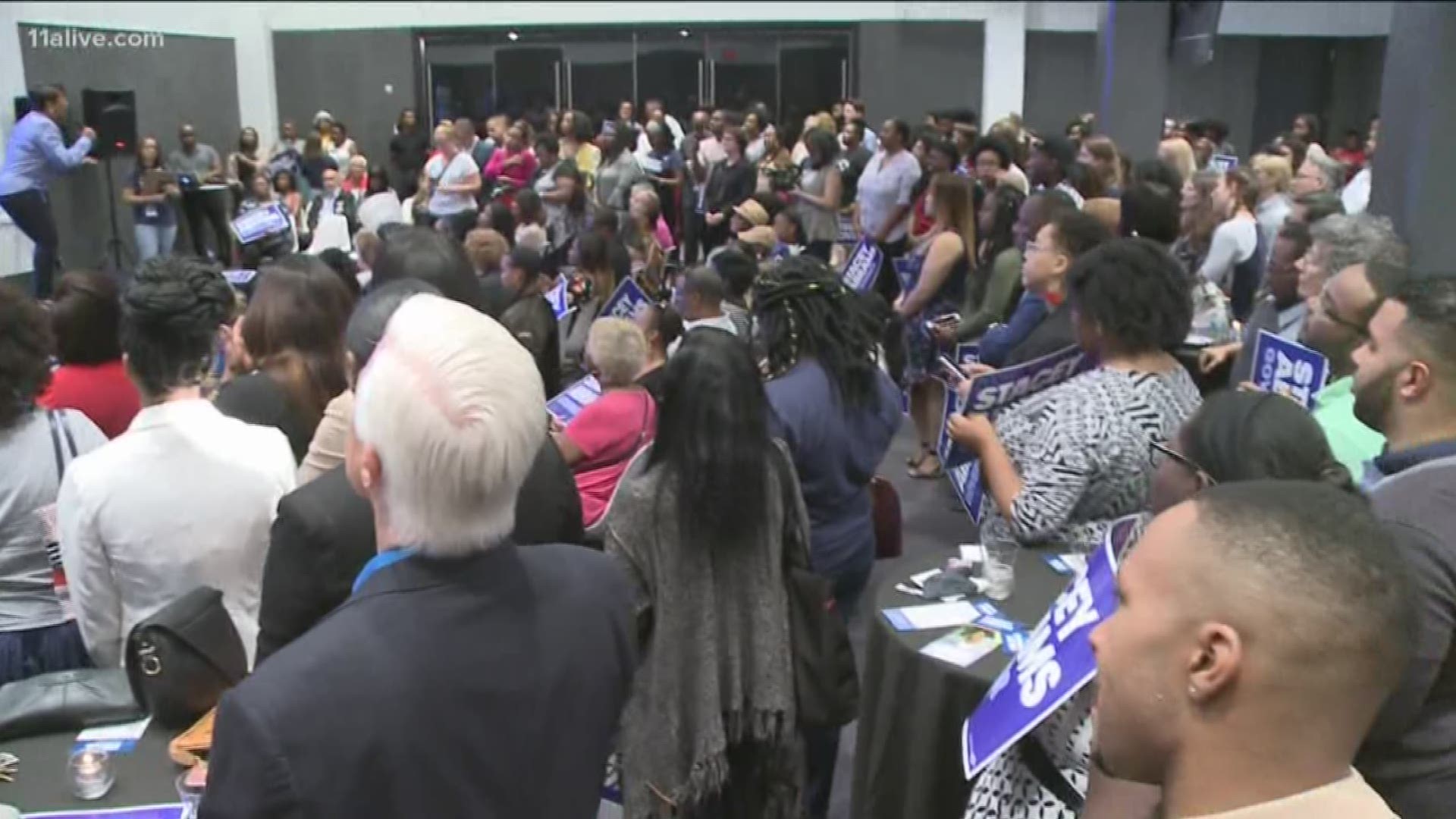 ATLANTA — Next week, Gov. Brian Kemp will stop taking online applications for the U.S. Senate seat soon to be vacated by Johnny Isakson. And the backstage drama will begin in earnest for both Republicans and Democrats.

Democrats view that race as a way to lift their prospects in other races as well.

The special election to replace Sen. Isakson will technically be a free for all. But both parties expect national money to go to only one candidate from each party, and many Democrats want theirs to be a candidate of color.

With Stacey Abrams at the top of the ticket, Georgia Democrats came closer than they’d come in 12 years to winning a statewide race in Georgia in last year's race for Governor.

Democrats think black voters were key to that race – and need to be key to next year’s elections as well.

Next year’s election will be huge for both parties.  Georgia voters will decide if they still support President Donald Trump.  They’ll decide on the re-election of Senator David Perdue. And they'll vote in a special election on a replacement for Sen. Johnny Isakson, who is resigning next month.  Kemp's appointee is expected to be the GOP standard-bearer.

Democrats like state Rep. Erica Thomas think their candidate in the Isakson race should be African American.

"It is time for us to put up a candidate," Thomas said.  "Even though we might have come a little bit short of making history in 2018, I think in 2020 we want to make history as well."

Kemp will likely name a Republican by the end of next month.  Which Democrat could get the nod?

Abrams has taken herself out of the running.  Some Democrats think John Lewis or David Scott could easily win the seat -- but both are in safe congressional seats. Their ages (79 and 74 respectively) could deter them from a vigorous statewide race.

Many Democrats would like to see Raphael Warnock jump in.  As pastor of Ebenezer Baptist church, Warnock is a dynamic speaker who has led on liberal causes like gun control.

Some are hoping Sherry Boston runs. She’s the district attorney of DeKalb County who won her seat by unseating an incumbent.

Michael Thurmond is considering the race.  He’s the CEO of DeKalb County.  He was also one of two Democrats who last won statewide races in 2006.  Attorney General Thurbert Baker was the other.

Thomas says the right Democrat running for Isakson’s seat could have coattails – driving up the turnout of black voters --- helping the Democrats in the Senate race against Perdue – and the presidential race against Trump.

"We want to win on all levels," Thomas said.  "Having someone on the US senate ballot that is going to drive (black voter) numbers up – will also help us in the state legislature."

The trick for the Democrats will be to come up with just one candidate who would likely win the endorsement and money from the national Democratic party.  How will the national party decide?  A former candidate named Stacey Abrams may have some say in that.