In an effort to honor his memory, the Farmington Fire-Rescue service teamed up with the Red Cross to hold a blood drive in Colin McFadden's name. 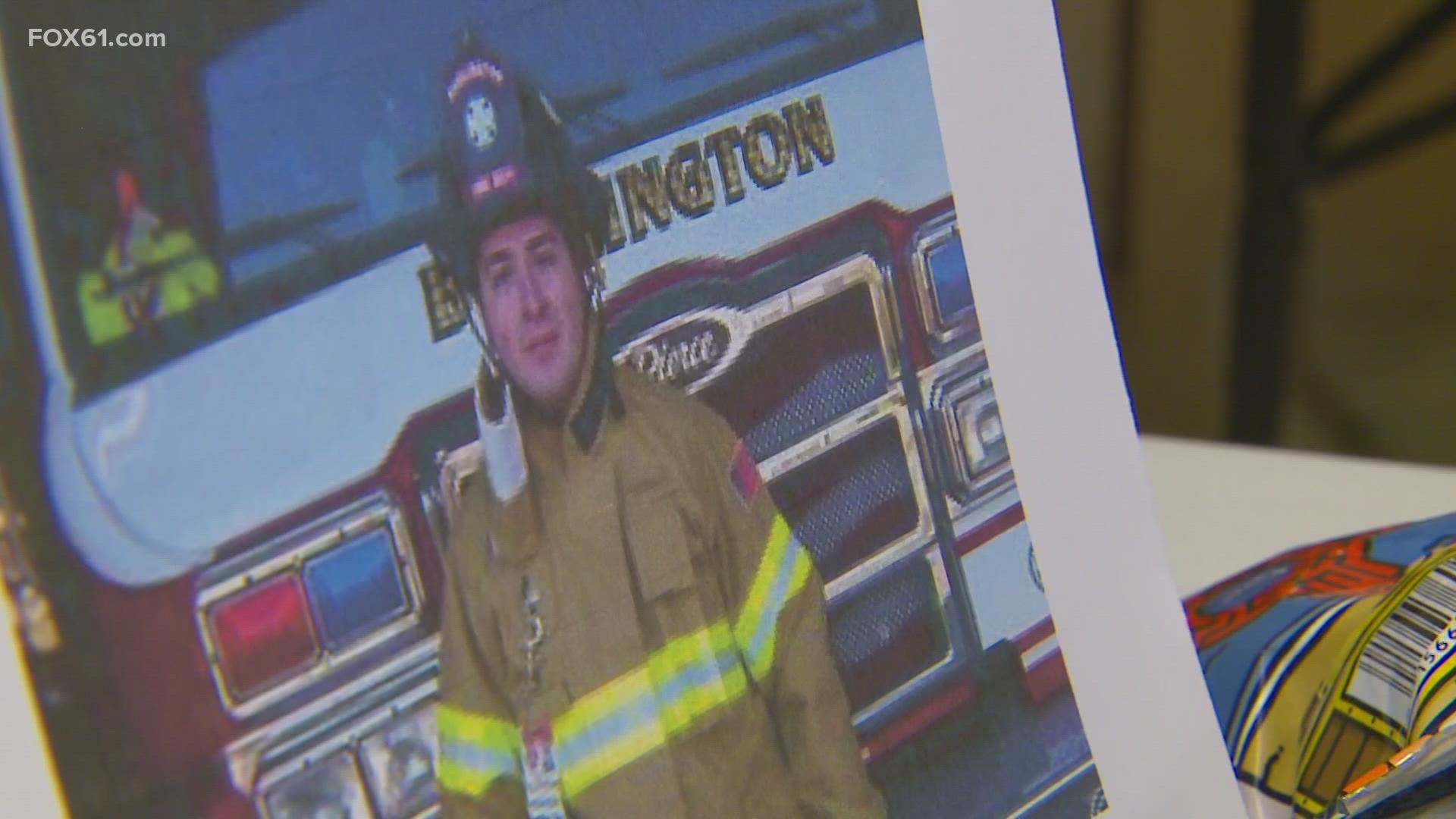 RELATED: 'He will be severely missed' | Fallen Burlington firefighter Colin McFadden laid to rest in Bristol

In an effort to honor his memory, the Farmington Fire-Rescue service teamed up with the Red Cross to hold a blood drive in McFadden's name.

The Farmington Senior Center set the stage for a blood drive on Tuesday that brought out McFadden's friends, family, and people from the community to donate blood.

Supporting the cause at the Farmington Senior Center, Colin's parents Lee and Shawn McFadden were on hand to thank blood donors.

"I think this is just awesome, the way the firefighting community sets up blood drives, they come together and, that they are coming together to honor Colin, it's just been overwhelming," his mother Lee said.

His father Shawn added that the blood drive is just one way we can touch others in the community by donating.

The blood drive was, in part, organized by Farmington's director of fire and rescue services, Steve Hoffmann. Hoffmann, mentioned that he had never given blood before, but he was first on the list to donate in Colin's name.

"The fire service is one big family," Hoffmann told FOX61. "Tthis is our way of helping a brother firefighter."

Danielle Huntington, the manager of the Red Cross's blood services in Farmington said they saw many donors pour through the doors to donate in Colin's name.

"We are really going to see so many patients benefit from the blood collected in his honor," Huntington added.

The blood drive brought in an estimated 40 donors -- a good number for a Summer Tuesday.

"To see people gather together and donate, it's not anything money can buy, it comes from the heart," Lee McFadden added.

To find out how you can donate blood to the Red Cross, click here.