WINSTON-SALEM, N.C. — Two positive coronavirus tests at a Winston-Salem pool may close all city pools for the season.

According to Ed McNeal, Public Information Officer for the City of Winston-Salem, one employee at the Bolton Pool tested positive for Covid-19 Saturday.

A second employee at the Bolton Pool tested positive Sunday and the city decided to close all pools until further notice.

"At this time there are no concerns swimmers have contracted the virus," Winston-Salem Assistant Recreation Director Leah Friend said.

Friend said those employees were following all of the guidelines while working at the pool but many pool workers from across the city recently hung out after hours.

All four of the city's pools are closed and all employees are isolating. The Forsyth County Health Department is contact tracing to see if there were other cases.

Friend said those pools may end up staying closed for the rest of the season.

The city cut down on the number of guests allowed at each pool but increased staffing to keep up with cleaning.

Friend said it could be weeks until the staff is done isolating and Winston-Salem's pools usually start to close at the beginning of August.

"It's gonna be determined on the amount of staff that we have," Friend said, "If we're able to open it, we will."

Saturday, Winston-Salem officially closed the so the city operations division could come in and implement a deep clean.

The employee that tested positive last worked on Wednesday and does not have a job where they interact with the public.

As of now, there have been no reports of any of the other employees testing positive, and the city plans on having the pool back open by Tuesday.

Just Friday, the City of Winston-Salem announced when pools will officially begin closing for the season in a Facebook post.

It's about that time for swimming pools to start closing this season. Check out this video to find out which pools close when #cityofws #winstonsalem #cityofwinstonsalem #pools #summer #swimmingPosted by City of Winston-Salem, NC - Government on Friday, July 24, 2020 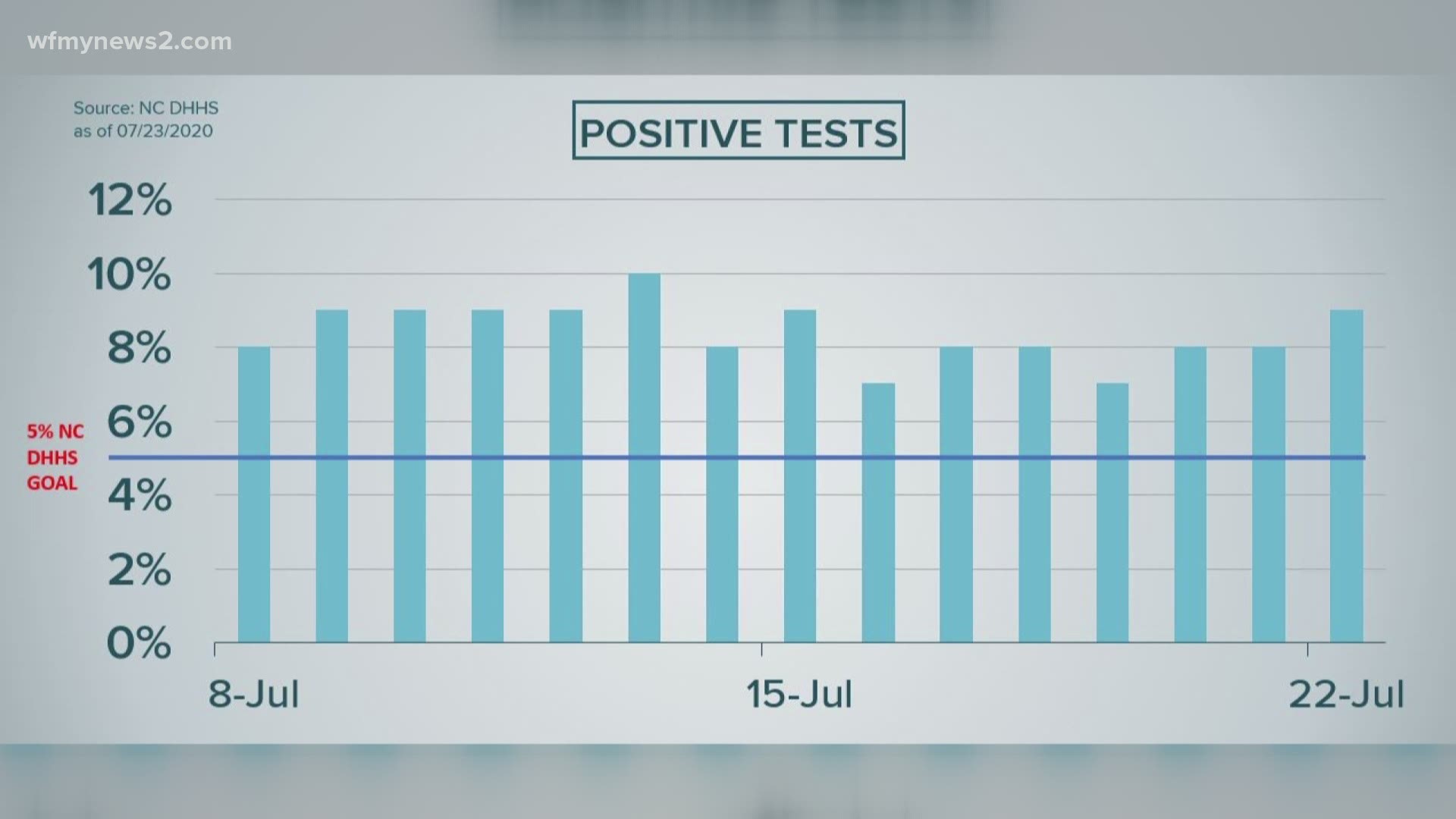