BRIDGEPORT – Carlos Carmo Jr was honored this evening in Bridgeport for his heroic effort that police say saved lives. Officer Carmo says it was just anot... 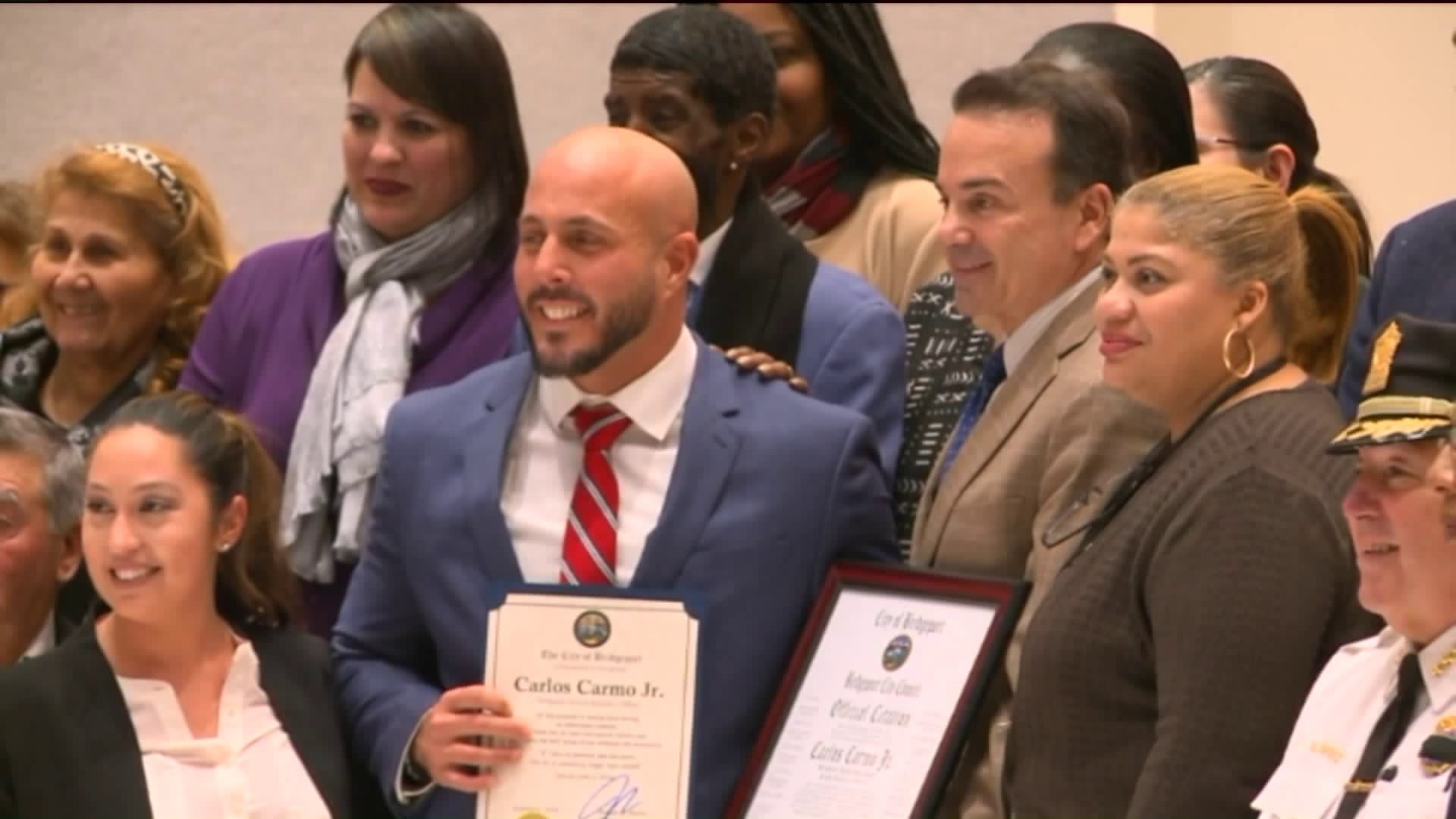 BRIDGEPORT - Carlos Carmo Jr was honored this evening in Bridgeport for his heroic effort that police say saved lives.

Officer Carmo says it was just another day on the job when he noticed a black SUV rolling past him without a driver. He said his instincts kicked in causing him to spring into action.

"I grabbed the door frame and held on for dear life," said Officer Carmo.

Officer Carmo was working traffic duty during dismissal at Harding High School. Around 2:30 p.m. on December 16, the school resource officer noticed a black SUV rolling past him on Boston Avenue.

"I saw the car driving by me with no driver and basically a passenger and somebody in the back seat just freaking out," said Officer Carmo.

Dramatic surveillance footage shows the split second when Officer Carmo’s decision is made.

The car somehow slipped out of park causing it to roll down the hill with two elderly passengers on board.

"One of them managed to open the door. That gave him the leverage," said Armando J. Perez, Bridgeport Chief of Police.

"I knew if I didn’t get that car to stop it at least four or five kids would get hit by that car," said Officer Carmo.

Chief Perez watched the surveillance video with Mayor Joe Ganim and Officer Carmo. He said he was scared for his officer and proud of him at the same time for putting himself in harm’s way to save lives.

"Not only is he a hero but he’s a great father and husband," said Chief Perez. "He’s an example to all of the police officers in this department."

Mayor Ganim and the Bridgeport City Council honored Officer Carmo and his family for his heroic efforts in the line of duty. It was a special and humbling moment for the Bridgeport officer born and raised.

"I don’t think I did anything spectacular or special," said Officer Carmo. "I work at a great department with great officers and any one of them would be able to stop that car."

Officer Carmo suffered some minor scrapes from stopping the car. He said these types of things happen on the job but you have to be on your toes and ready to think fast to keep people safe.