BRISTOL — A zoning meeting was overrun and rescheduled with residents and some people protesting the rezoning of a section of Redstone Hill road. The proj... 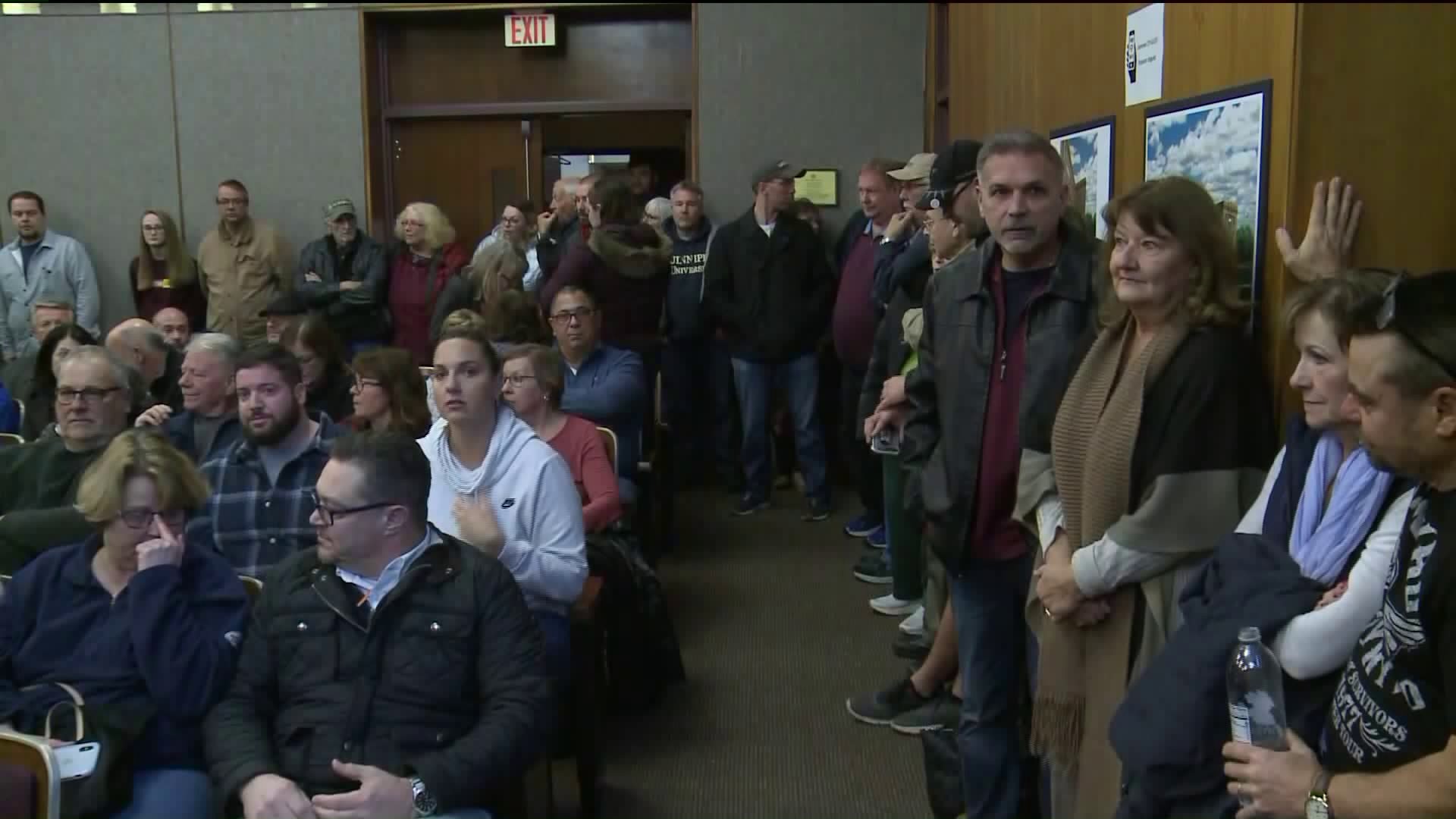 BRISTOL -- A zoning meeting was overrun and rescheduled with residents and some people protesting the rezoning of a section of Redstone Hill road.

The project causing so much controversy even the chairman from the zoning board had to resign.

The meeting lasted only a few minutes after officials say the meeting room was unsafe due to overcapacity. But with a new date scheduled, residents say they still don’t want this project to be completed.

The nearly 300-page application is the building block of a potential development project on Redstone Hill road.

According to developers, it would provide 96 “high end” apartments to the area.

William Forbes explained, “So we’re completely against this, there is going to be a traffic problem, imagine if you get all kids in there all right, it’s going to overtax the schools. We’re going to have all sorts of light pollution, a whole ton of things, you don’t need to do that in a residential neighborhood. “

Residents like Michael glover say the complex simply doesn’t fit in the neighborhood.

Glover said, “ The area has surrounding nice properties and everybody maintains to keep up to the standards of everything and apartments to me just doesn’t cut it; apartments are apartments, condos or condos, and houses are houses. “

The debate for this project even lead to the resignation of the zoning commission chairman William Cunningham and although the reasoning is unclear it hasn’t phased developers.

Tim Fury who is the attorney for the developers said in part, “It was brought to our attention that there was ethical conduct by the disqualifying chairman of this zoning commission. Since then they’ve begun to take measures to make sure there are no unbiased, biased activities and for that and many other reasons we are excited for the additional time to be able to evaluate and address the mean spirit of things, contrary to the truth of this project and we look forward to presenting it to the public.”

Tim Fury said he will be taking this extension to address concerns from the public and continue to push for the rezoning, so he can make his project a reality.

“This gives us the opportunity to bring into the community what people are looking for people my age and the millennials, so we think we are being a product to the town that are planning and development calls for... so if the town is saying they want this product they got to find the appropriate location to put it and this is it,” said Fury.

Fury says he currently has a traffic engineer to help steer the project to address some traffic concerns.

The meeting will be held in two weeks, January 27th at Bristol Central High School at 7:00pm.