MILFORD — People all across the state are packing up and preparing for pie. But getting there — can be a stress point for travelers. If you are traveling by car... 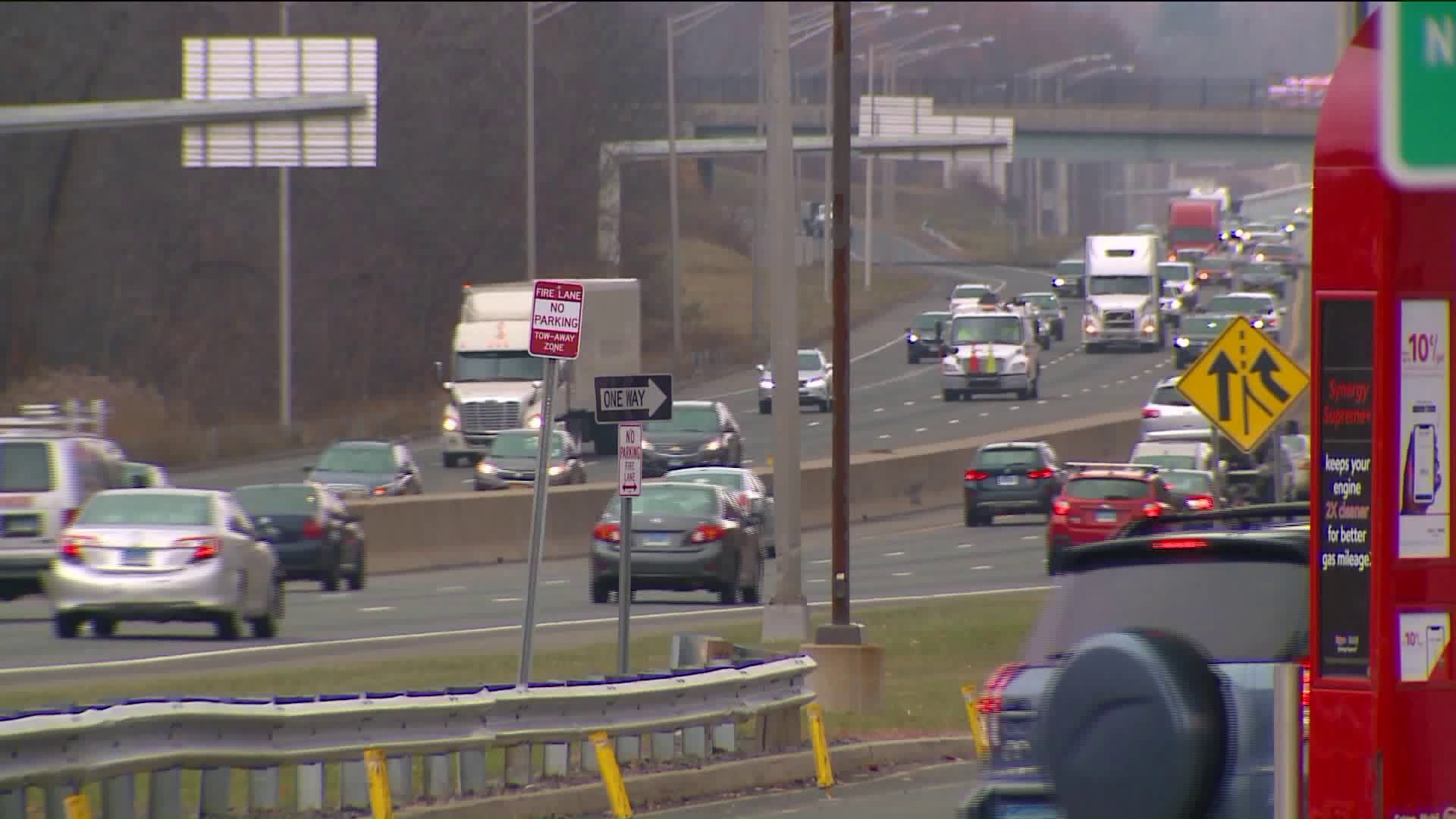 MILFORD — People all across the state are packing up and preparing for pie. But getting there — can be a stress point for travelers.

If you are traveling by car, one way to try and limit the stress is to plan ahead and leave early. Riding the rails, boarding the bus, or hitting the not so open road. It’s all about...”seeing family,” said Cam D’Auria of Hebron. Isis Gaddy of Westchester said, “I’m excited to go back to my family.”

But getting there is another story. New Haven’s Union Station was bustling Wednesday. Plenty of work for resident bag sniffer, Rangler. He’s the K9 patrol. His partner, Trooper Kevin Reed of Connecticut State Police said, “We check the baggage and check the trains and try and keep the place safe and secure.”

On the platform is was “all aboard.” “I think the Metro-North is more efficient. Definitely more reliable than a car especially with the traffic,” said Gaddy. She’s one of over a million people traveling by train or bus. Up 1% from last year.

Speaking of the bus. “The bus is cheapest. Amtrak is about $70 when you do it last minute. Doing a bus is typically $15 and it’s pretty quick about 3 hours from Boston,” said Andres Rodriguez of Stamford.

You’ll likely see brake lights on the highways. 3-million travelers. The most since 2005. Ann D’Auria from Glastonbury isn’t looking forward to her son chauffeuring her in the fast lane. “I always say to him, you know, when Greg takes me he stays in the middle but it doesn’t middle lane but it doesn’t work he still stays in that fast lane.”

Which brings us to safety. The state police say they’ll be out in numbers. “Additional troopers well and above our normal patrol force are going to be out there in traditional and non traditional police cruisers,” said Sgt. Robert Deary. And going by the numbers, last year’s state statistics are sobering. There were 25 DUI’s and 2 deaths.

According to AAA, this thanksgiving weekend is expected to produce the 2nd most travel volume since 2000.