NEW HAVEN – The chants were loud and clear. “Stephanie and Paul matter and other victims of police violence still matter,” said Jaelen King. “... 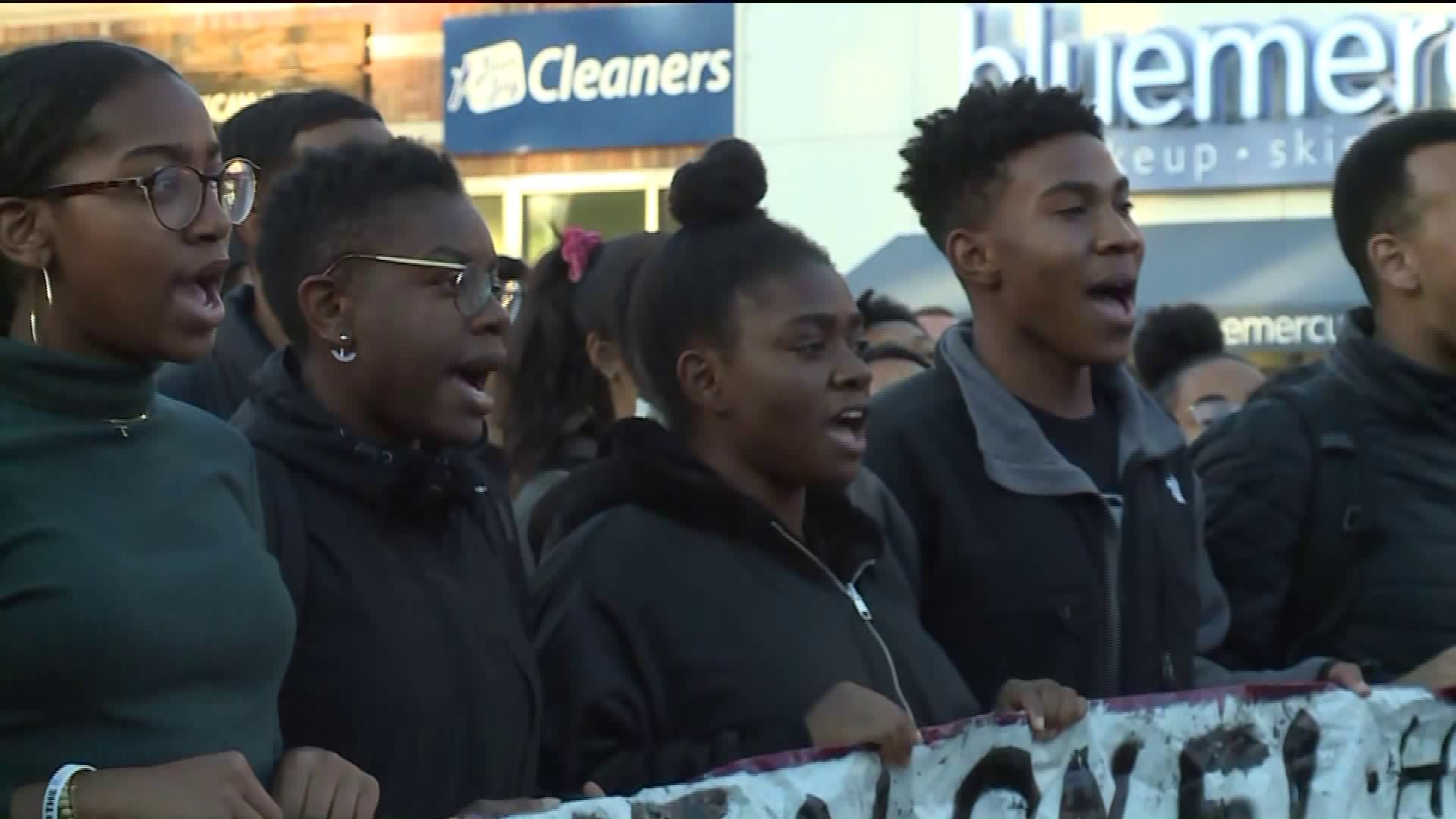 NEW HAVEN - The chants were loud and clear.

“Stephanie and Paul matter and other victims of police violence still matter," said Jaelen King. "Until their voices are heard and until we feel safe as black and brown community members and students we won't stop protesting.”

Eaton was arraigned facing 1st-degree assault and two counts of reckless endangerment for his involvement in the April 16th officer-involved shooting.

An investigation by the New Haven State's Attorney's office and the Connecticut State Police determined that Eaton was unjustified in firing 13 rounds at unarmed Paul Witherspoon and Stephanie Washington. Washington was seriously injured in the crossfire.

"Until that charge is actually brought down upon him, until definite action is in place and also until officer Terrence Pollock is held accountable for his actions I don’t think anybody will be satisfied," said King.

Pollock was not charged at the conclusion of the investigation. He fired three shots at the car and was grazed by one of Eaton’s bullets.

"It’s unfortunate that the state painted him as a victim when the victims here or Stephanie and Paul," said Lauries Weet.

Cries for transparency and accountability. Protesters say they want city officials to hear in order to bring about change and trust.

"If we don’t do the bare minimum of holding these officers accountable than the system will never change and there can never be justice or mercy for our black and brown neighbors," said Rev. Jack Perkins Davidson.

Yale University said in a statement that they have begun an internal affairs administrative review of Pollock. He is currently on paid leave.