HARTFORD — CBD: three letters you hear a lot these days. But what is it? According to compounding pharmacist Gene Gresh, CBD oil is derived from cannabis.... 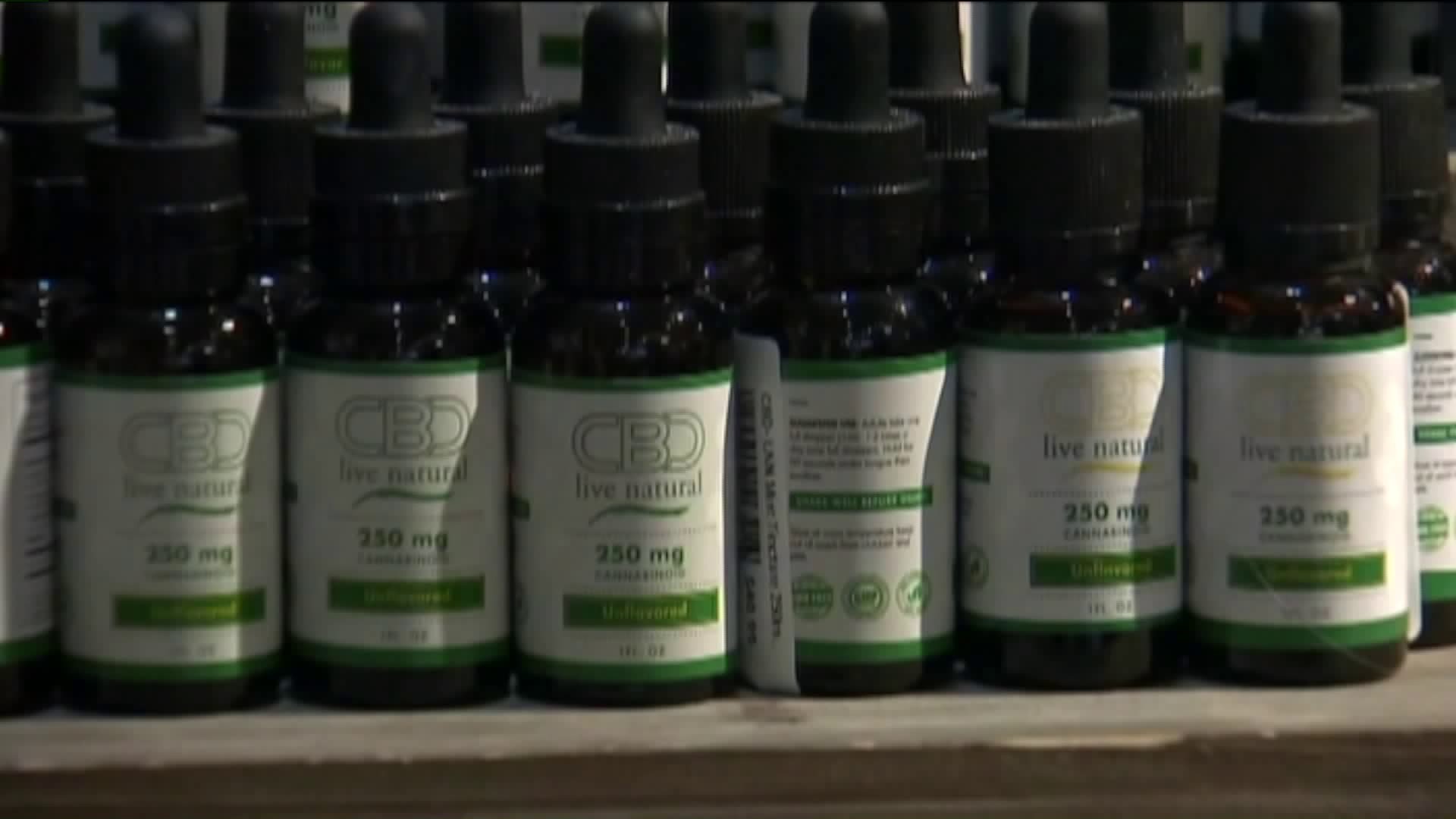 HARTFORD -- CBD: three letters you hear a lot these days. But what is it?

According to compounding pharmacist Gene Gresh, CBD oil is derived from cannabis.

"CBD is known as 'cannabidiol,' and it's a component of cannabis," said Gene, "It doesn't have the psychoactive component (THC) to it."

This means CBD will not get you high unlike the THC component of cannabis, more commonly known as marijuana or 'pot'.

"Anecdotally, we see amazing pain relief qualities when it's used topically. When used orally, we see things like anxiety and depression and sleep improve," said Gene. "Those are exciting areas."

The concept of using CBD to treat some pain and sleep issues spread quickly, and now businesses everywhere are advertising it, said Gene.

"It's really like the wild west; anything goes out there now." 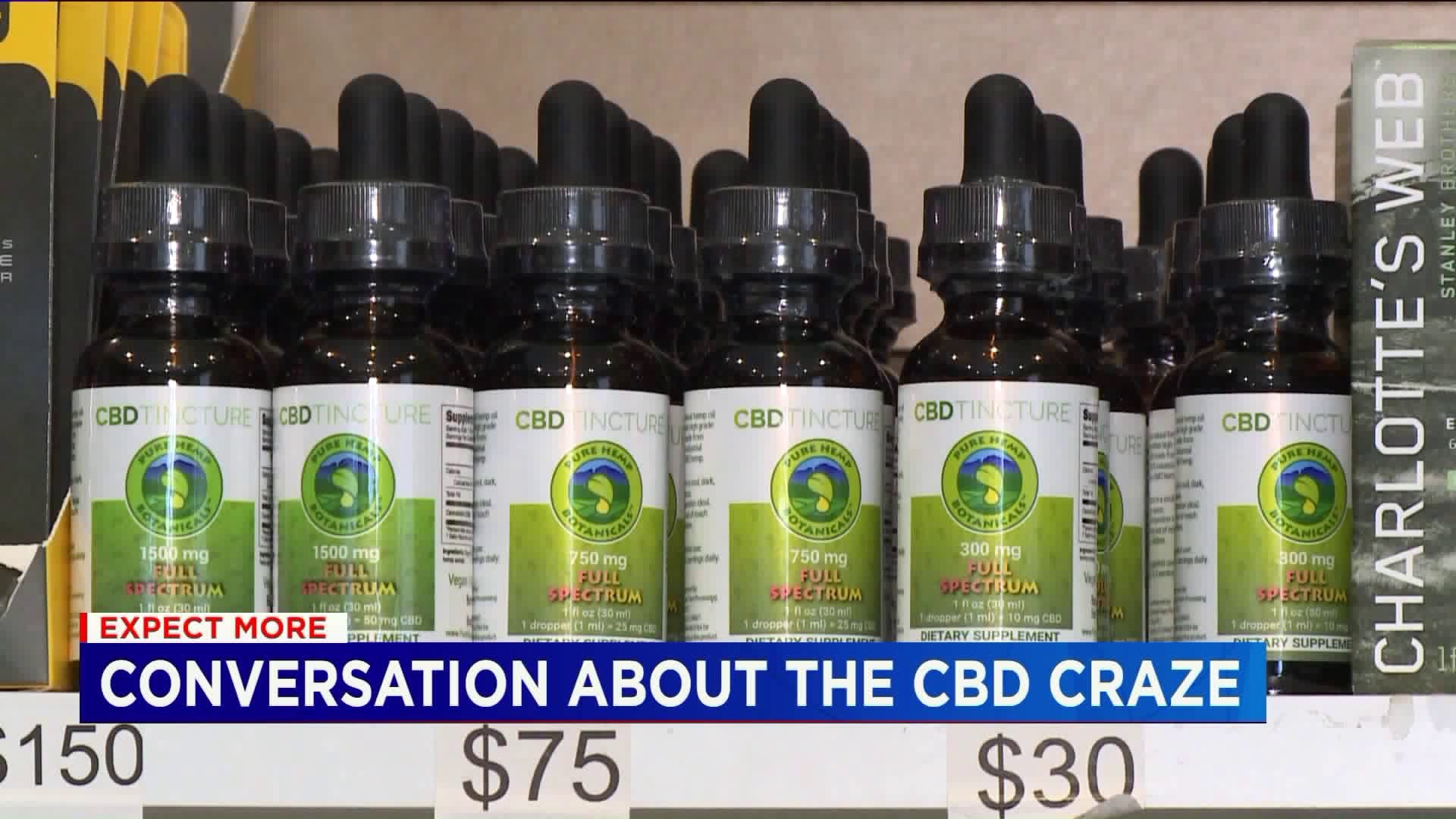 The boom in product highlights the need for education on CBD.

In 2018, congress passed the Farm Bill. The bill legalized the production of hemp, another component of cannabis that CBD can originate from.
The only catch is that the products can not contain a percentage of THC larger than .3 percent.

The bill states that "industrial hemp is a non-narcotic agricultural commodity that is used in tens of thousands of legal and legitimate products."

Those products typically found in the form of salves, creams, gummies. The oils available are used to treat ailments like anxiety, sleep disturbances, and pain, and inflammation. But, the industry is still relatively new.

"I'm looking forward to the studies and research that are going to be coming down the pipe within the next few years. I think that although there have been good studies, and we're fairly confident that it's effective, we want to see bigger clinical trials that hold more merit in the future," said compounding pharmacist Mike Gresh.

According to Gene and Mike, a significant problem in the industry is the fact that it is mostly unregulated, and therefore, not always accurate.

"There was a study published in 2017 where they tested numerous products. I believe it was over 30 different products. Two-thirds of them showed that there wasn't the correct amount of CBD in it in the product themselves," said Mike, "That's pretty alarming. You know, I think people need to realize that at this point, it's not a regulated field. It's a dietary supplement where the FDA does not have the ability to go in and regulate each product or each batch of each product."

For chiropractic doctor Lou Cofransesco, CBD has changed his life.

I've been dealing with Lyme disease for about three years, and its inflammatory process that goes into the joints. Even after you kill the bug, you're still left with the damage. When I discovered CBD oil, it put my body into balance."

CBD helped to lower Confrancesco's inflammation, so much so that he no longer needed drugs to soothe his pain.

"I was taking over-the-counter things and rubbing things in. I was taking Aspirin, Tylenol or some of these other anti-inflammatories, but I don't take any of that anymore."

A few drops of the oil under his tongue and Cofrancesco says he feels like new.

"In the mornings, I can hardly walk, I have to really take the time to get my joints working, and stretch out. That's when I take it on an empty stomach. I can feel pretty much within about a half-hour that the pulsing pain that's within the joints begins to quiet down, and [they] loosen up so I can move."

Now, in addition to his spine adjustments, Cofrancesco recommends CBD oil to his patients and says the results have been astounding.
"I've had people with Parkinson's and MS, terrible things that go on, different types of arthritis," said Cofrancesco.

But it is not a magic bullet, Cofrancesco says it works in conjunction with things like maintaining a proper diet, getting exercise, and living a healthy lifestyle.

"It's not a miracle drug," said Cofrancesco. "It's not for everything, for everybody, but I believe that the future is going to bring us a lot more information as we begin to refine it."

Gene and Mike recommend working with a healthcare practitioner to find out what works best for you because not only are the products different but you, the patient, are as well.