Powell passed away Monday due to COVID-19 complications 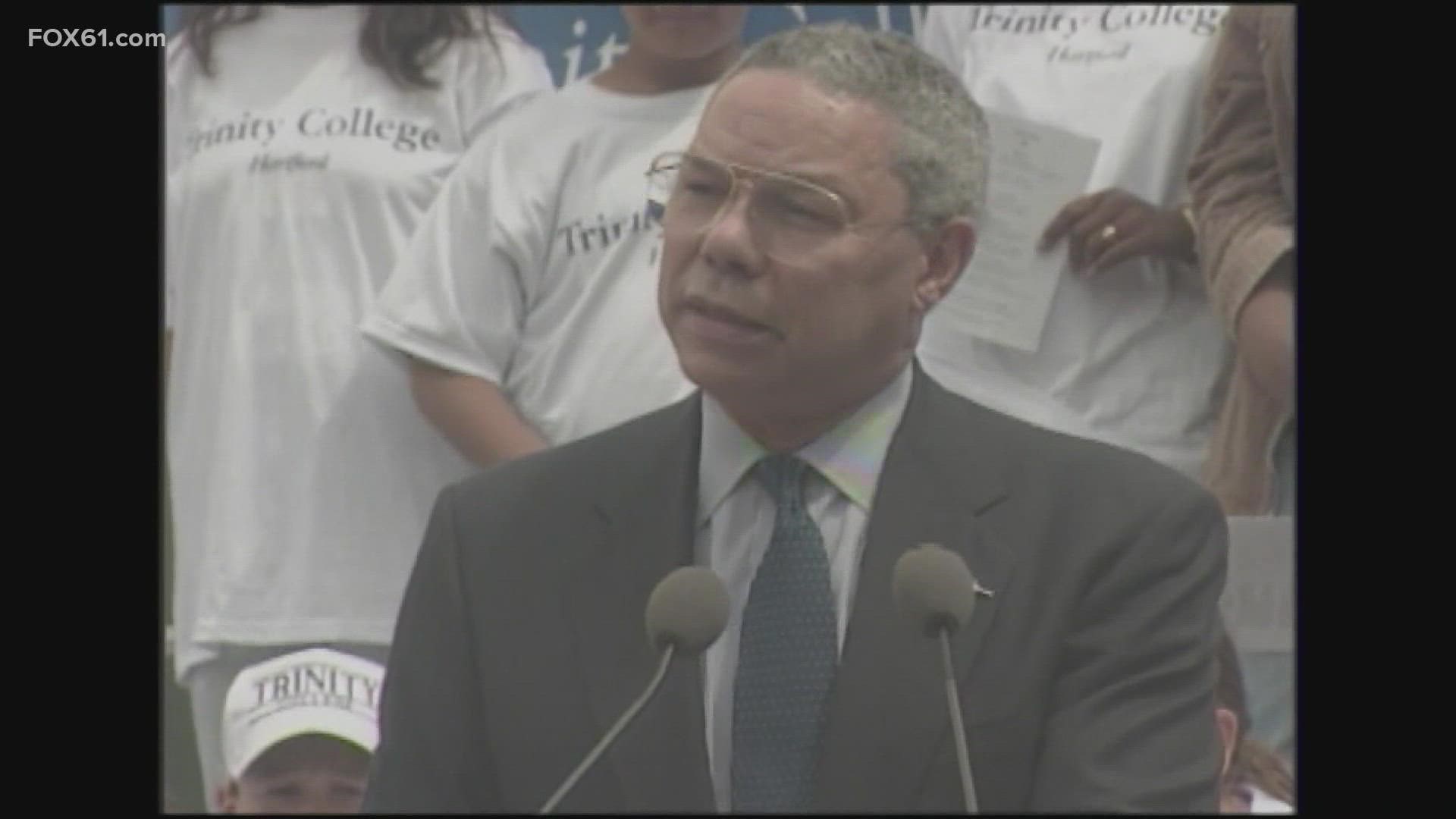 "When you think of the words statesman, when you think of a global figure, he is the epitome of that example," explained Megan Torrey, CEO of World Affairs Council of Connecticut.

Many leaders across the country, state, and city called Powell a national treasure with a considerable legacy.

"He was an amazing public servant, a great adviser to presidents on both sides of the aisle, and just the type of American we're going to miss desperately," said Governor Lemont during a news conference on Monday afternoon.

RELATED: Multiple myeloma: Colin Powell treated for blood cancer prior to his death

Powell was the first Black US secretary of state, national security adviser, and youngest and first African American chairman of the Joint Chiefs of Staff.

"Not only around the world, here in the United States, but also here in our community," explained Torrey.

In 1998, Powell spoke at Trinity College for a Boys and Girls Club dedication. 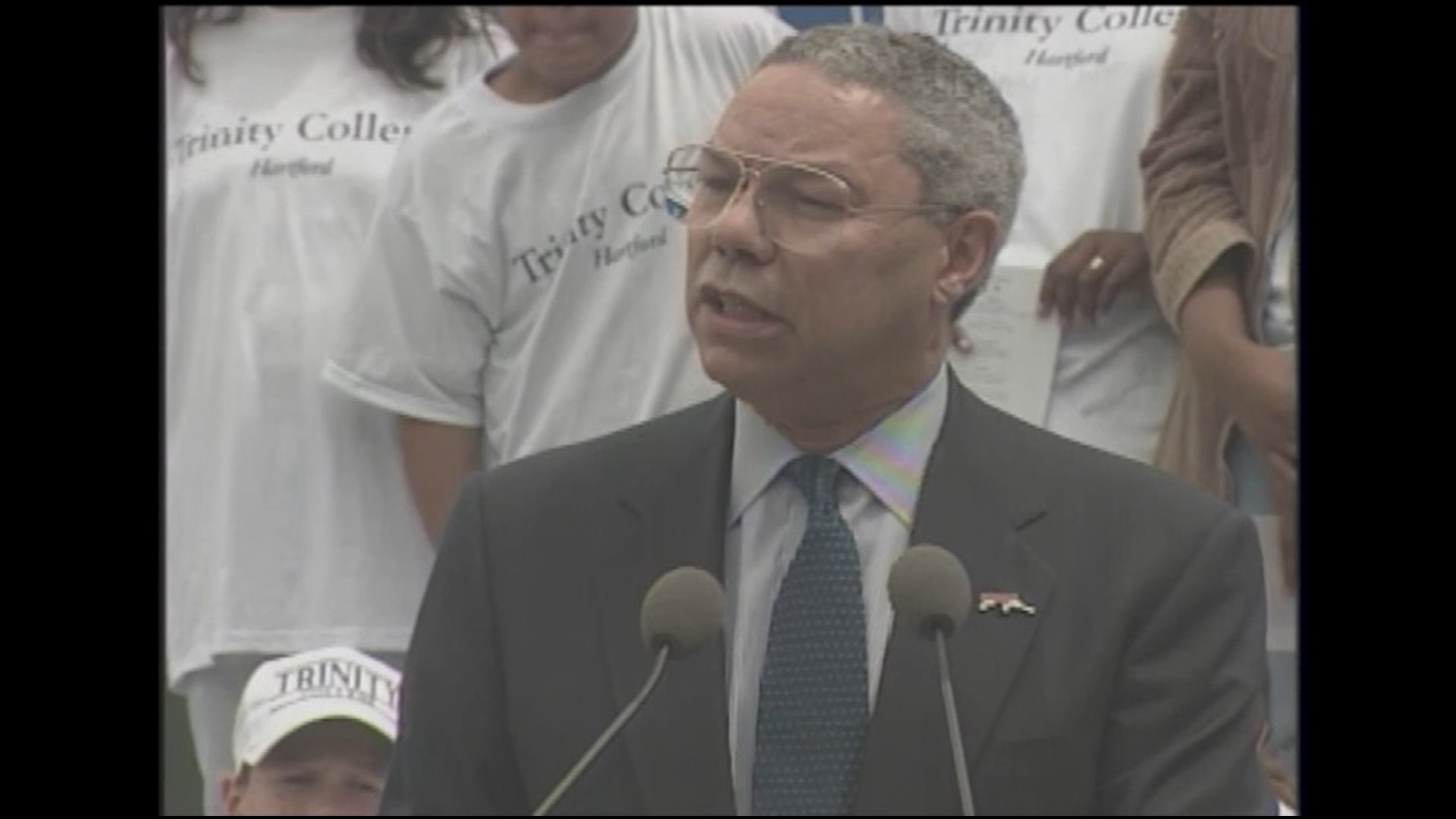 Davis said it was his immense impact and achievements that made him legendary in the world today.

"What people have to understand is that Secretary Powell had a foreign policy doctrine of when military engagement should take place in the United States," Davis explained.

Davis worked under Secretary Powell as a speaker, trainer, and lecturer for the U.S. Department of State. She said it was Powell's vision for leadership that will forever leave a mark on the world.

"What's most important is that his actions followed his words. As a leader, as a sectary, and as someone with influence in our own country," explained Davis.