Jacob Chapman and Tyler Graham, two 18-year-olds from Colchester, were killed in a car crash. 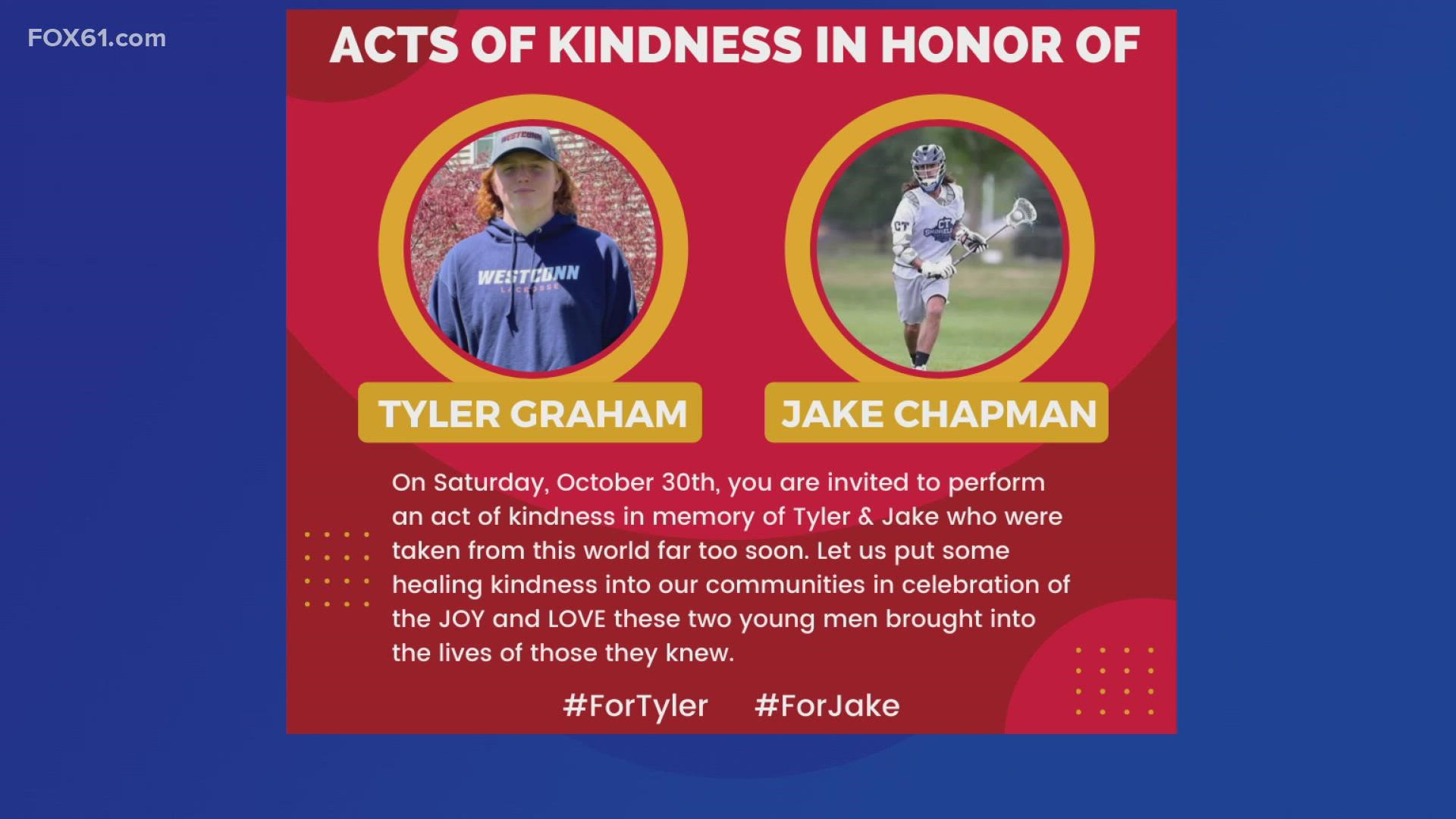 COLCHESTER, Conn — A local group wants to honor the lives of two Western Connecticut State University first-year students killed in a crash Friday by encouraging people to do an act of kindness this weekend.

Colchester is Kind, an online group seeking to build community through compassion and kindness, put out the call this week after 18-year-olds Jacob Chapman and Tyler Graham, both from Colchester, were killed in a car crash.

The vehicle they were in veered off Route 354 in Colchester while trying to pass another car. Chapman, who was identified as the driver, died from his injuries at a nearby hospital. Graham was pronounced dead at the scene.

Credit: Courtesy of WCSU
Jacob Chapman (left) and Tyler Graham (right), both 18, died in a crash in Colchester. They were lacrosse players and students at Western Connecticut State University.

The two teenagers were both from Colchester and played lacrosse at WCSU. A third person in the vehicle, 19-year-old Trey Massaro, was injured in the crash and he is expected to make a full recovery.

The crash remains under investigation.

For this weekend, Colchester is Kind is encouraging the community to do an act of kindness to honor the two teenagers. They ask you to share your act of kindness on social media using #ForTyler and #ForJake. 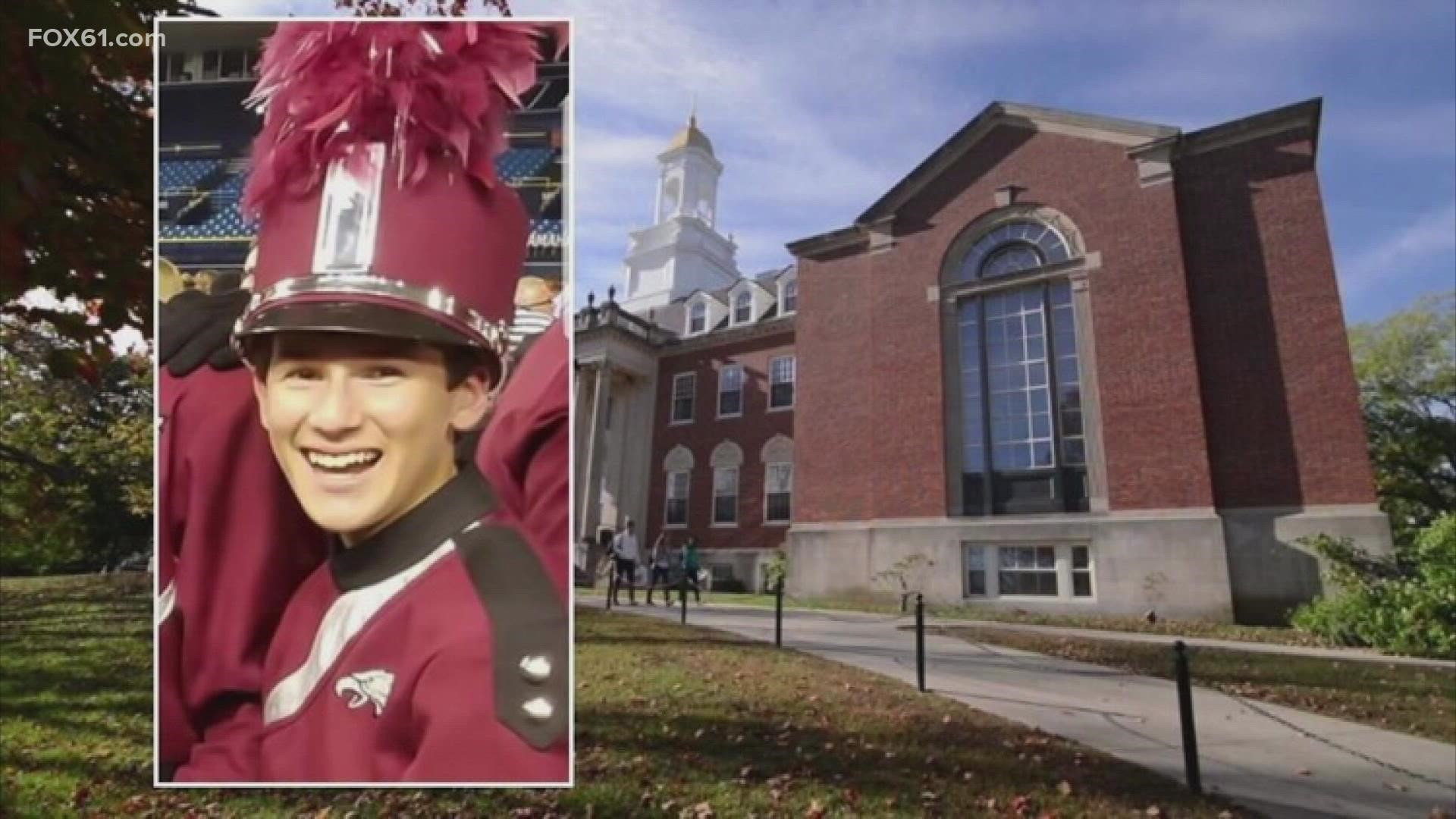