'Thank you for not forgetting me' | Actress, Bloomfield-native Anika Noni Rose returns home for unveiling of Black excellence mural

Rose, who became the first Black Disney princess after voicing Princess Tiana in 2009, said she felt 'so very seen' to be honored by her hometown in this way. 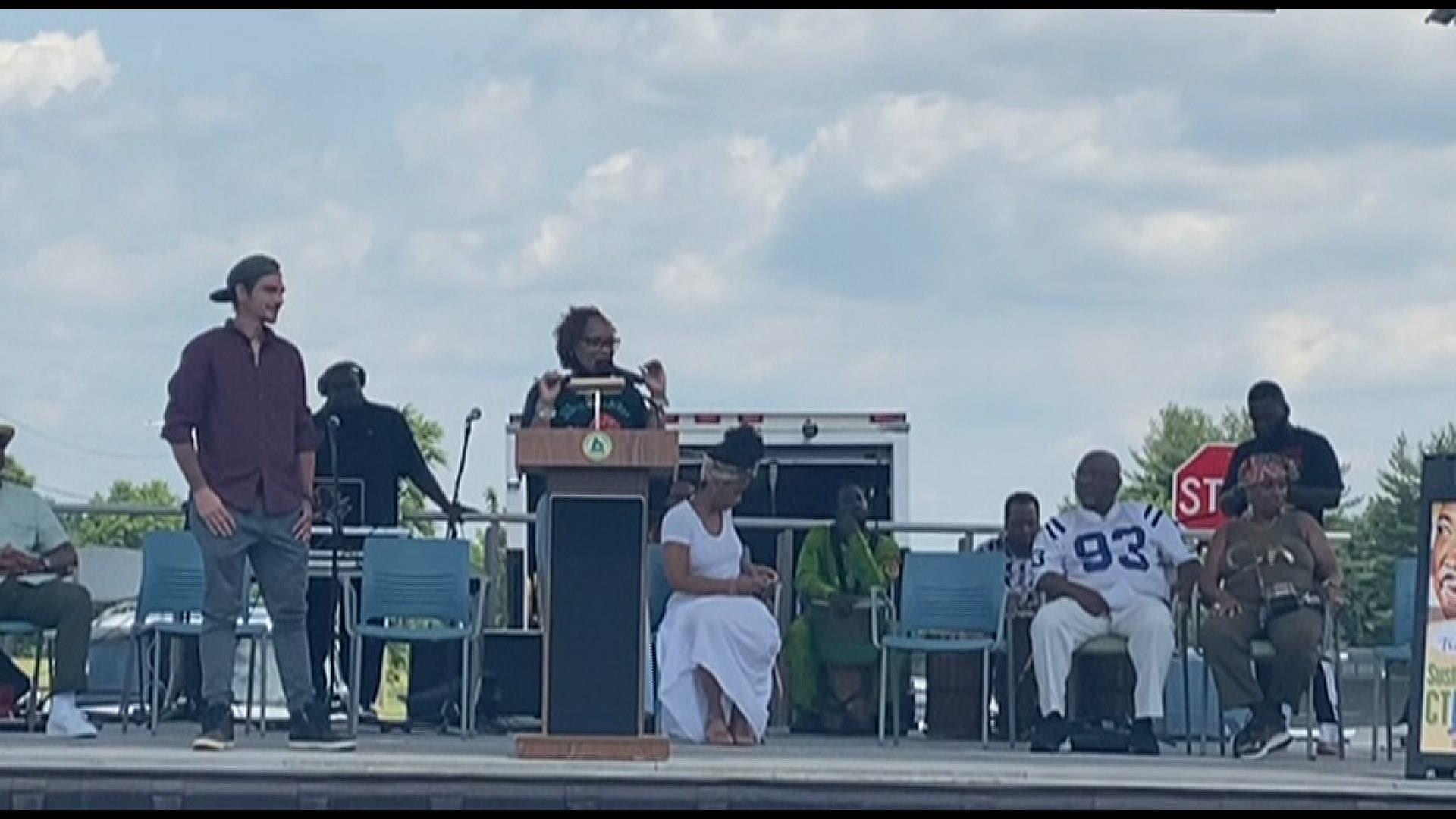 In Bloomfield, town officials and residents celebrated 'Freedom Day' with the unveiling of a Martin Luther King, Jr. mural.

The huge display, which includes the faces of President Barack Obama, Rev. Dr.  Martin Luther King, Jr. and Vice-President Kamala Harris, was painted on the side of the Alvin & B Wood Human Services Center on Park Avenue.

Also on the mural are two of Bloomfield's best. Hometown heroes, if you will.

"We see that possibilities become realities," Mayor Brown added. "Every time you drive past this mural, I hope and pray that you remember that. I hope and pray that whatever it is that you want to be, you achieve. That when they say no, you can say yes. That you never let anybody put you in a box or tell you what's not possible."

Rose, who attended the unveiling, had an emotional homecoming.

Rose's legacy grew as she became the first Black Disney princess, voicing Princess Tiana in animated film 'The Princess and the Frog.'

While she said the accomplishment was amazing, she takes pride in always remembering home. Rose recalled bringing the premiere of the 2009 Disney film to Hartford before it was seen on screens across the globe.

"I wanted our children to know that they are me, that I am them, that there is zero difference with what I can accomplish and what they can accomplish," Rose said. "Their hand is on it, they just don't know."

The actress and Bloomfield-native also urged local leaders to "keep the arts going."

"When we make a cut, we always want to cut the arts first," she said. "The arts is where children get to thrive. The arts is therapy for children, who don't always have therapy."

As she reflected on her time in band class in Bloomfield schools, she touched on a correlation between that experience being cut from schools and a rise in violence. That's because kids don't know how to express themselves when they're not allowed to, she added.

"The arts took to me away, but the arts also bring me back home," Rose said.

RELATED: Local historian shares story of Juneteenth and its importance in today’s America

Additionally, Rose discussed the significance of honoring her ancestors on Juneteenth, which even included the clothes she wore that day.

She explained her all white outfit represented what slaves wore at funerals to honor those passed and the head scarf was a tribute to the women, who were required to cover their hair because they were considered 'too sensual.'

"We tend to take those things that are put upon us and turn them into the things that make us regal and make us special," Rose shared. "There's no scarf that's going to cover the beauty of a Black woman, it's only going to enhance it."

The town's Juneteenth celebration was a time to remember the ancestors who endured the darkest period in American history, but also call for accountability in policies.

Rose added that while the Black community was glad to see Juneteenth become a federal holiday, it'd be much more grateful for police reform.

"We would be much more grateful to be saying people's names who are still here, we would be much more grateful for critical race theory being taught and not challenged in schools," she said. "Because perhaps if critical race theory was taught, young people would understand how we got to where we are and a change could be made, and you wouldn't need reform because we would reform ourselves."

In an Instagram post following the event, Rose wrote: When your hometown honors you in this way, it’s hard to even put into words how it feels, but the easiest word is Seen. So very seen.

The Disney Legend concluded her speech with an impactful message to the children in attendance.

"You are the next wall."

The celebration wasn't complete without performances from African drummers and dancers, who also shared a piece of tradition. Take a look below. 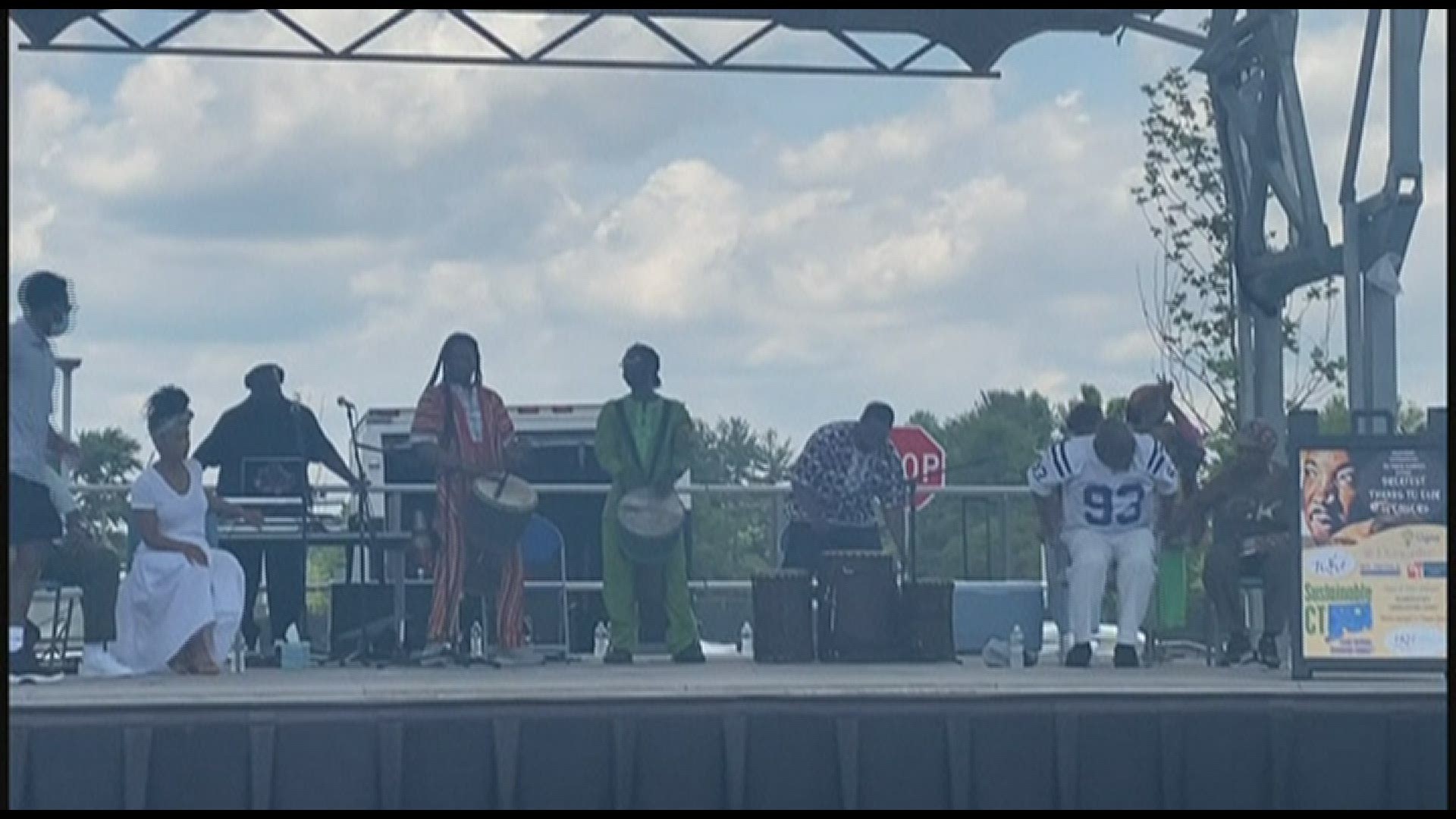 "I feel so encouraged, I feel like going on. I feel like all things are possible because you never stop dreaming, ever," Mayor Brown said.