Owner and head chef, Destanie Chappell, talks about providing an unforgettable experience at court-themed restaurant and thriving through a pandemic. 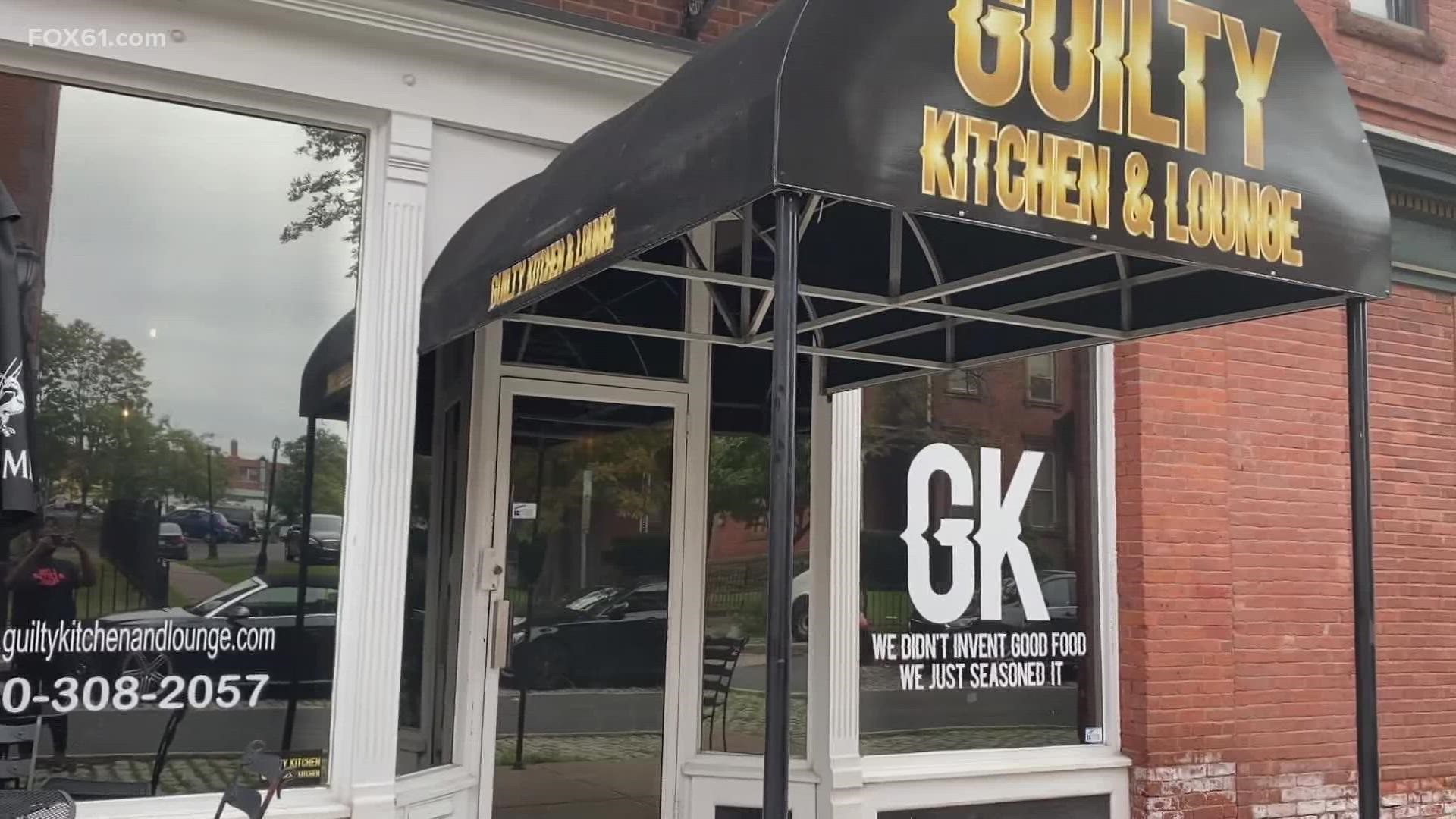 HARTFORD, Conn. — As August comes to an end, the CT Cultured team made its final stop for the Black Business Month spotlight series.

This week we visited Guilty Kitchen and Lounge, which is a brand new restaurant in the capital city's Historic South Green District on Congress Street.

The business was opened this summer by Destanie Chappell, 33, of Hartford.

Chappell, the owner and head chef, told FOX61 the name not only makes them unique but is also changing the narrative.

The restaurant also sets itself apart by continuing the court theme and making it the focal point of the experience.

Chappell said guests at the bar who order a shot, can't take it until telling their 'public defenders' why they're guilty.

"Our bartenders' names are public defenders, our servers are stenographers, I am the judge, my dish is the dish attorney instead of the district attorney, and my dad, he’s going to be the bailiff," Chappell said laughing.

When asked how she came up with the theme, she admitted that it was her dad's idea.

They wanted to remind the public that the word "guilty" doesn't always have to be negative.

According to Chappell, her father not only named the restaurant but inspired her to be her own boss. She said he had been self-employed since he was 16 years old.

She said cooking was always her passion and Guilty Kitchen and Lounge wasn't her first rodeo as an entrepreneur.

Throughout the pandemic, Chappell was selling food-to-order out of her house. She called it Trap Kitchen and the setup was "grab and go."

"Once COVID started, it became more popular because no one could dine in. So, it became bigger, I was actually having a line of people ordering food," she added.

A post shared by Guilty Kitchen And Lounge (@guilty_kitchenandlounge)

While thousands of businesses suffered through the COVID-19 pandemic, Chappell said she, fortunately, saw much success. When Guilty Kitchen and Lounge launched, it only grew.

"Now my customers can come in," she explained. "They can sit and drink, eat, enjoy the food. Most of them, they come, they sit for hours at a time. They don’t feel like they’re in a restaurant, they feel like they’re at home."

According to the boss, that’s the exact atmosphere she was trying to set.

Chappell said it was important to her that her restaurant had a memorable experience, set apart from others, although menu items may be similar.

One thing that customers can only find at Guilty Kitchen: shrimp and grits, served in a martini glass!

As a Black female business owner, the self-taught chef told FOX61 News it was sad that many of her peers are not often recognized.

Black Business Month is significant for reminding the community to recirculate its dollars, Chappell said. She chuckled while adding that it's how the country will get Black Wall Street back.

For her, launching Guilty Kitchen and Lounge was also a way to leave a legacy for the next generation.

“I have a daughter, she’s 9. I would want her to take over these," Chappell said. "I would want more, hopefully, another one in the same state and a couple in different states.”

She added that her hopes include Black businesses being celebrated more, but support from within the community is crucial.

"Just support each other," she said. "Uplift each other. If you see something, say something. If you feel you can help someone, help them."

Guilty Kitchen and Lounge is open seven days a week. Their hours are as follows:

Chappell told FOX61 that she will host the restaurant's grand opening sometime in September.

For more information or to check out the menu, click here.