Georgia state trooper tells protesters he 'only kneels for one person... God'

The state trooper also told demonstrators that he has "much respect" for what they are doing. 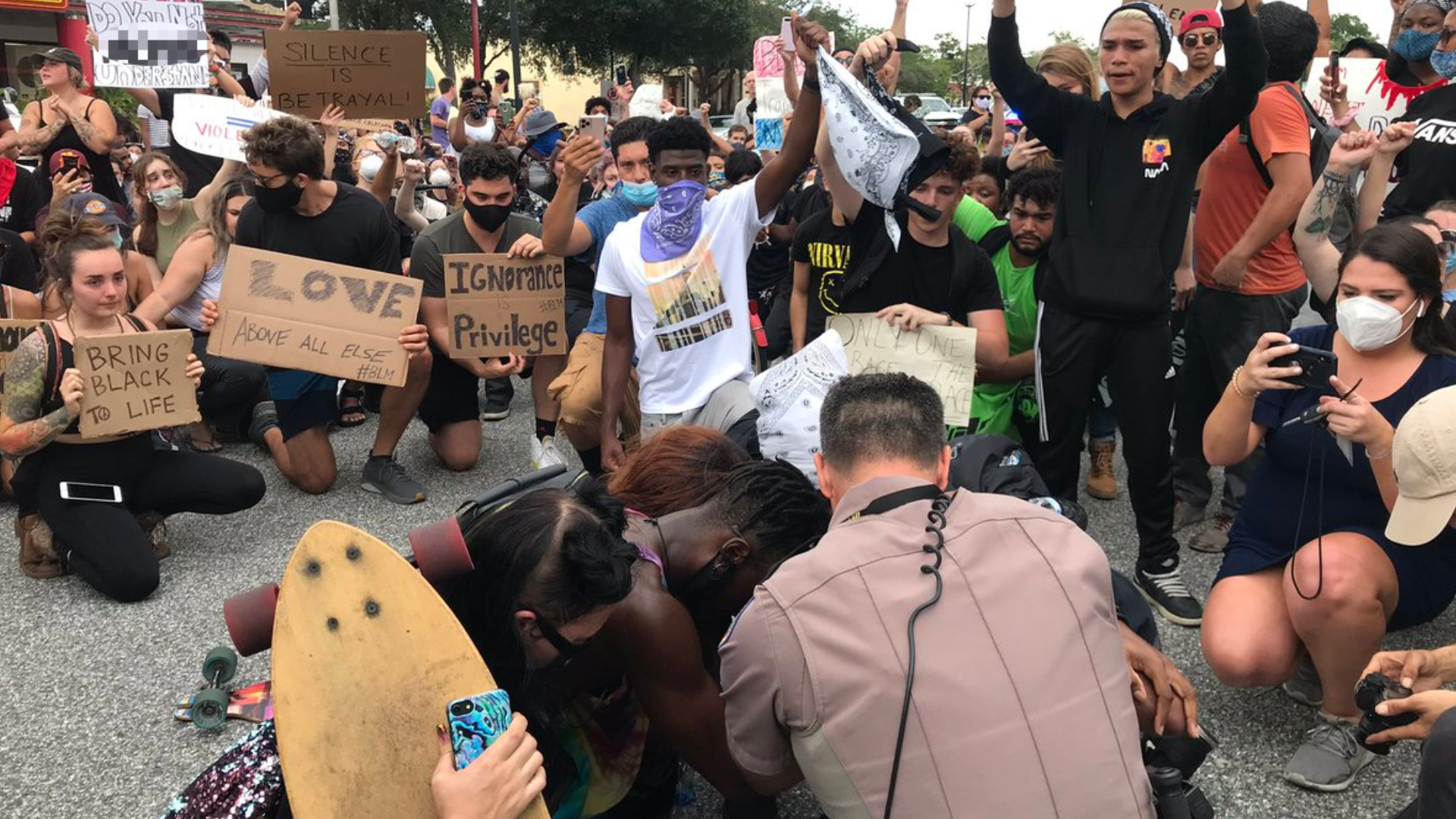 HARTWELL, Ga. — In cities across the country, people have been protesting police brutality in the wake of George Floyd's death in Minneapolis police custody. That's also true for the small town of Hartwell, Georgia, which has a population of less than 4,500.

In that small town, one Georgia state trooper was asked to kneel with demonstrators during a Black Lives Matter protest on Sunday, June 7. In a now-viral video, Trooper O'Neal Saddler told them that while he has "much respect" for what the protesters are doing, he "only kneels for one person."

A person off-screen says "And that's God," which Saddler confirmed.

The video gained a lot of traction when it was posted by Ryan Fournier on Twitter, the founder and co-chairman for "Students for Trump." In his post he praised Saddler, saying "God bless him."

The original video was taken by Armani Singleton of Ni'Rubyan Photography.

Georgia State Trooper O'Neal Saddler was asked to kneel and this was his response at Hartwell, Ga Black Lives Matter Protest

Singleton said on Facebook that they aren't associated with President Trump or anyone, and said in part "My video was screen recorded by Ryan Fournier, who is the president of the 'Students for Trump' organization. He screen recorded it and posted it on Twitter, Instagram and Facebook. Please note, I did not know of this and I am not associated with anyone."

Derek Chauvin and three other officers were fired in the aftermath of George Floyd's death. Chauvin is charged with second-degree murder, and a judge set his bail at $1 million with conditions on Monday. The other officers, Tou Thao, J Alexander Kueng and Thomas Lane, were charged with aiding and abetting murder and manslaughter.

George Floyd was laid to rest next to his mother on Tuesday in Houston.

RELATED: George Floyd funeral: What to know for Tuesday's service

RELATED: George Floyd to be laid to rest Tuesday