Outside the Phoebe Griffin Noyes Library, a ceremony took place to recognize 14 Witness Stones that are along Lyme Street in town. 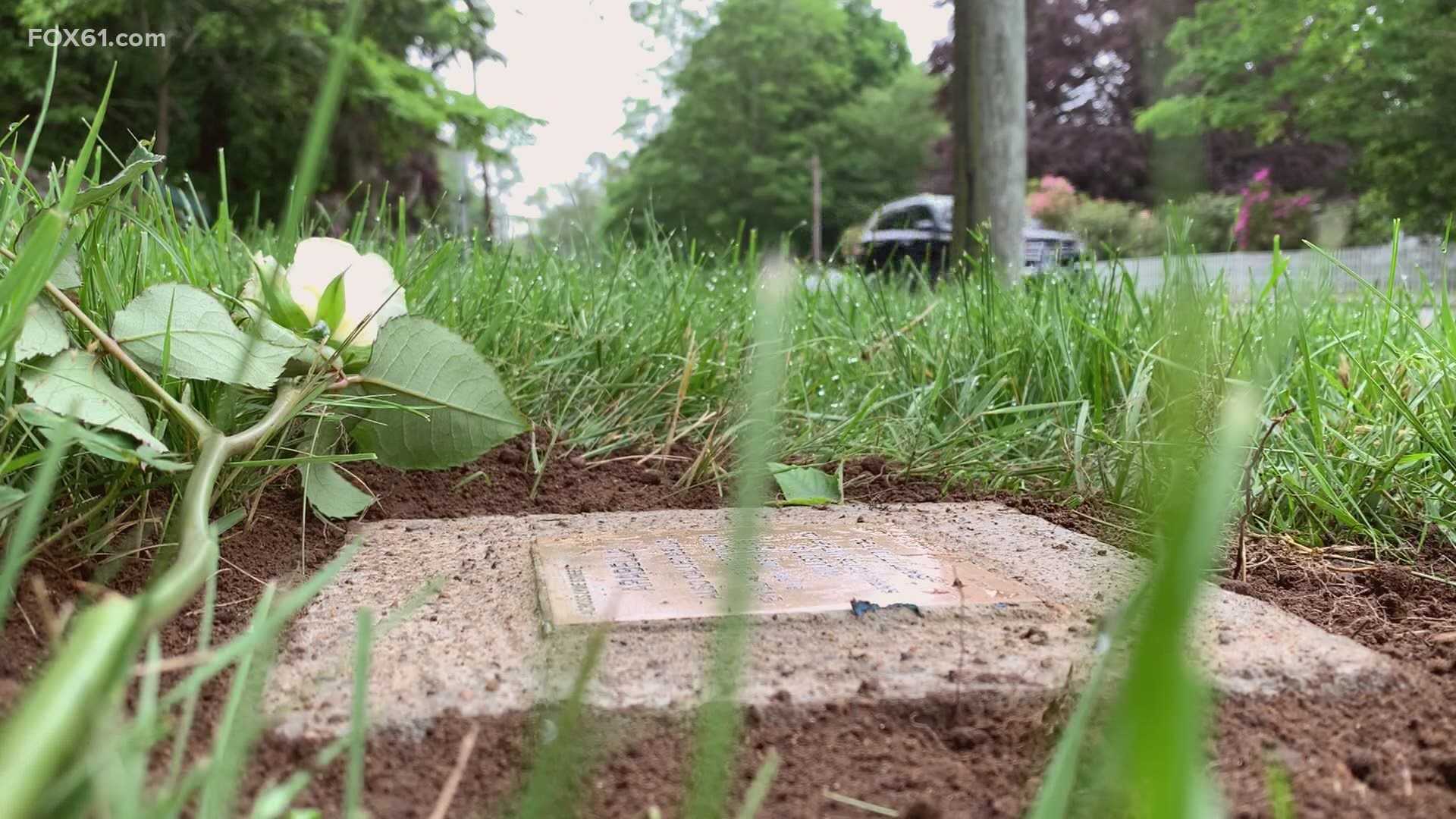 OLD LYME, Conn. — The Witness Stones Project, a non-profit initiative that honors enslaved people that worked and lived in Connecticut centuries ago has now made its mark in Old Lyme.

Outside the Phoebe Griffin Noyes Library, a ceremony took place to recognize 14 Witness Stones that are along Lyme Street in town.

Thomas Kelly, a seventh-grader from Lyme-Old Lyme Middle School said, “I felt honored to honor the people who lived in Old Lyme who were enslaved.”

Classmate Chase Gilbert added, “I just thought this was a really nice gesture to honor people from hundreds of years ago.”

Patricia Wilson Pheanious, the co-chair of the Witness Stone Project said, “this is a tribute,” then she added “I want these stones to evoke the idea that no one is ever forgotten.”

Culliton, who is also the founder of the initiative, noted that the Witness Stones Project is now in 17 towns across Connecticut with a new project that is also being worked on in New Jersey.

“This makes our community stronger and more united and it helps us understand and appreciate everyone who came before us,” Culliton said.