Their decades of excellence weren’t about to be stalled by COVID-19. 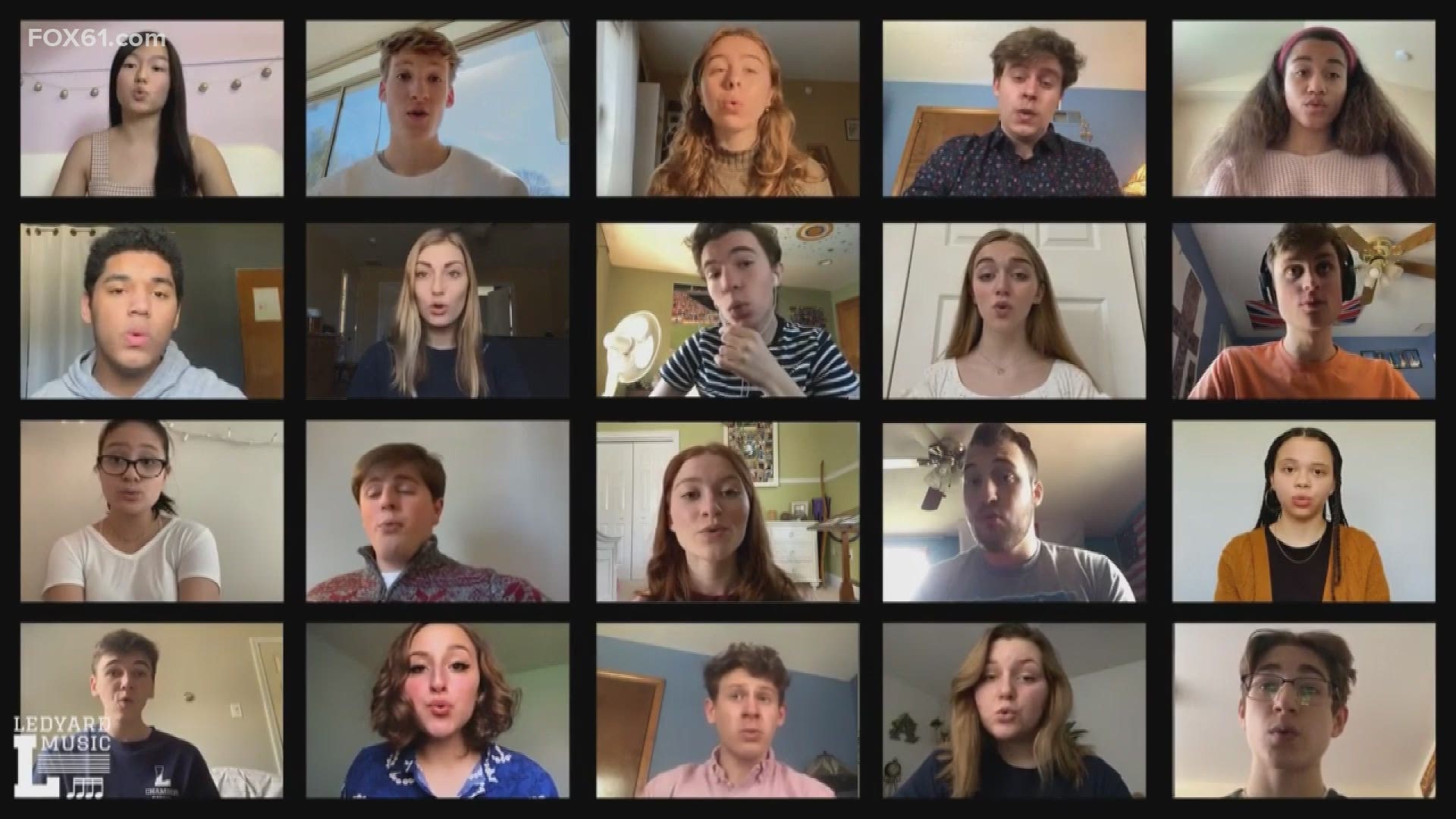 LEDYARD, Connecticut — Creating music requires community and collaboration. At Ledyard High School the music tradition runs deep. Their decades of excellence weren’t about to be stalled by COVID-19. Instead, they have innovated their sound to remain pitch-perfect.

Their performances have left the stage and gone virtual. The students' faces plastered in "Brady Bunch" like squares on a screen singing in unison. The new experience is reaching audiences in a way never imagined before by the students.

"A lot of what we’re doing we think it’s here to stay," said Melanie Cometa, the Director of Choral Activities.

About a fourth of Ledyard High School students participate in the choir or band. COVID-19 restrictions have silenced the music that once echoed through the halls but that hasn’t stopped students from striking a few new chords.

"It’s been a challenge, but it’s been good," said senior Choir member Lily Cayangyang. "I think it’s been a good challenge."

The challenge has forced students to dance to a different beat, picking up music producing duties. They now have to record and mix their own audio and video to accompany their performances.

"We do sound in one thing, videos in another and when they put it all back together it’s like the perfect combination," said Senior Band member Blake McCleod.

"There’s just so many opportunities to go for. The sound that you’re really trying to achieve" said Cayangyang.

Class time has molded into music theory and discussions of piecing the songs together. At-home studios are where tracks are recorded.

"They talk about it. They strategize. They decide who’s going to be the model voice for this track. Who’s going to record first. What we like about it," said Cometa.

"A lot of these skills that we are now able to teach will hopefully also serve them going forward in their future careers," said Zach Thomas, the Director of Instrumental Music.

The finished product ends up on the Ledyard Music Facebook page, Instagram, or YouTube channel. While it’s not the same as performing in person, the praise is still felt. Their rendition of Billy Joel’s “And so it goes” even went viral garnering well over 200,000 views combined across all their platforms.

"The community is still there for you. They want to hear you," said Mason Bickhim. "It really makes you motivated."

"We’re going to keep creating music because that’s what we do. We do it as a family," said Cayangyang.

These virtual performances have also made it easier for the band and the choir to collaborate on songs. They are working together on a piece for Veterans Day and another called "Home for the Holidays" that will come out this December.