The MLK Mural in Blue Back Square will be officially unveiled during a ceremony on Saturday, June 19th for Juneteenth. 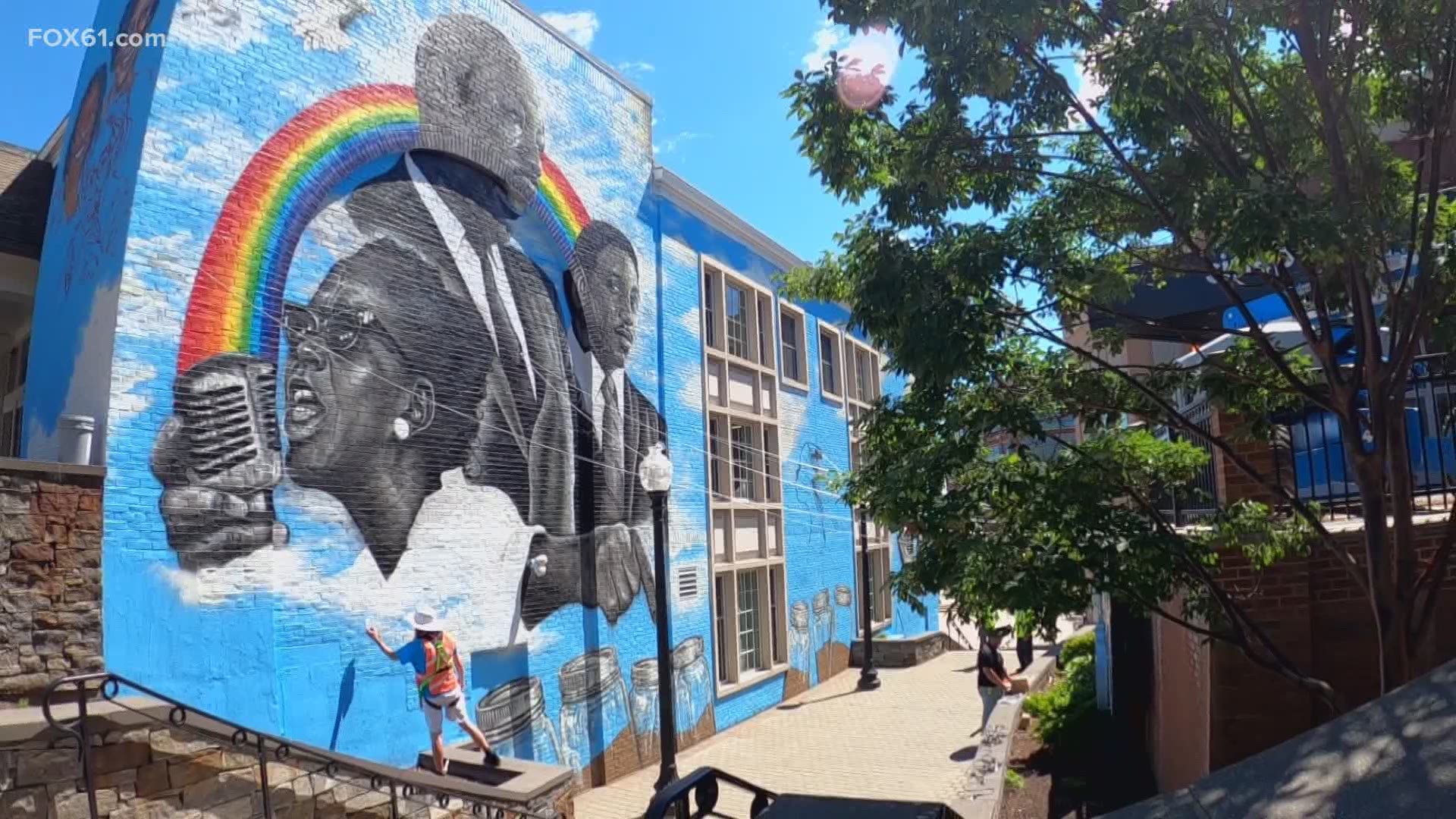 WEST HARTFORD, Conn. — The red bricks of the public library in Blue Back Square are now multi-colored, meant to send a multicultural message.

After nearly a week, artist Corey Pane – the steady hand behind the mega mural on Pearl Street in Downtown Hartford – is putting the finishing touches on an MLK mural to honor Juneteenth.

The mural in Blue Back square features Martin Luther King as well as civil rights activists Ella Baker and Bernard LaFayette. “This is a great spot,” said Pane, “so many people walk by this spot.”

The mural stretches for about 80 feet and about 30 feet high, it’s adjacent to the Cineopolis Theatres and features Dr. King with a rainbow prominently painted behind him.

Around the corner by the library entrance, the mural also depicts local African-American leaders.

On Wednesday morning, Pane was putting the final touches on an image of Avon and West Hartford State Representative Tammy Exum. Chet Brodnacki, who takes his morning walk with his wife Glenna by the mural each day said, “This is just awesome that it takes up the whole side of the library and it’s a great statement for West Hartford.”

Pane said, “I really just want this to evoke happiness and joy and brighten up peoples’ day.”

The MLK Mural in Blue Back Square will be officially unveiled during a ceremony on Saturday, June 19th for Juneteenth.