The protest is calling for justice and change following the death of George Floyd. 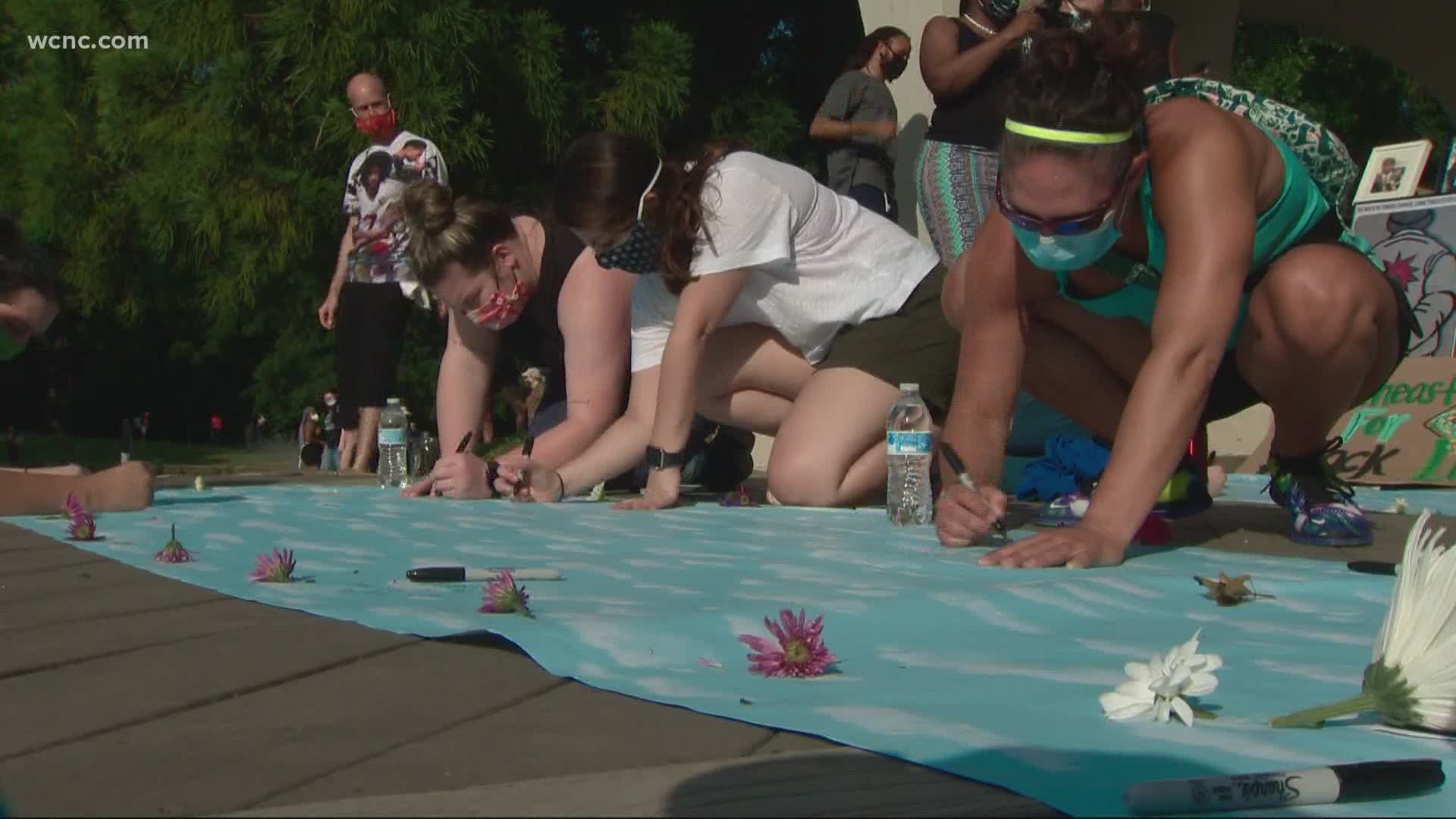 CHARLOTTE, N.C. — Hundreds of protesters assembled in south Charlotte at Freedom Park Thursday evening for a demonstration against the death of George Floyd in Minneapolis.

The protest is calling for justice and change following the death of George Floyd. Protesters are addressing issues in the community.

Charlotte-Mecklenburg Police said Friday that there were zero protest-related arrests made Thursday night.

"Last’s night’s protests were an excellent example of the exercise of First Amendment Rights. Viewpoints were expressed freely, passionately and devoid of violence," CMPD said in a statement.

One person said the event in Freedom Park was to "bring peace and love to the community and our people."

A handful of protesters also met in uptown for another peaceful protest in the heart of the city. During the protests, CMPD officers knelt with protesters to discuss the last few days.

Later in the evening, CMPD went live on Facebook marching in support of protesters through the streets of uptown.

WCNC's Hunter Saenz said the last several nights he has noticed fewer CMPD officers on bikes blocking traffic and protesters to keep them from certain roads, locations, and highways.

"Officers on bikes were behind them at last check. Instead, protesters are blocking their own path," Saenz reported.

RELATED: 'You changed the world George': Floyd's memorial service in Minneapolis marked by calls to action