PROVIDENCE R.I. — An inside look at how Rhode Island’s truck only toll gantries are being constructed right now. It comes on the heels of Connecticut House Demo... 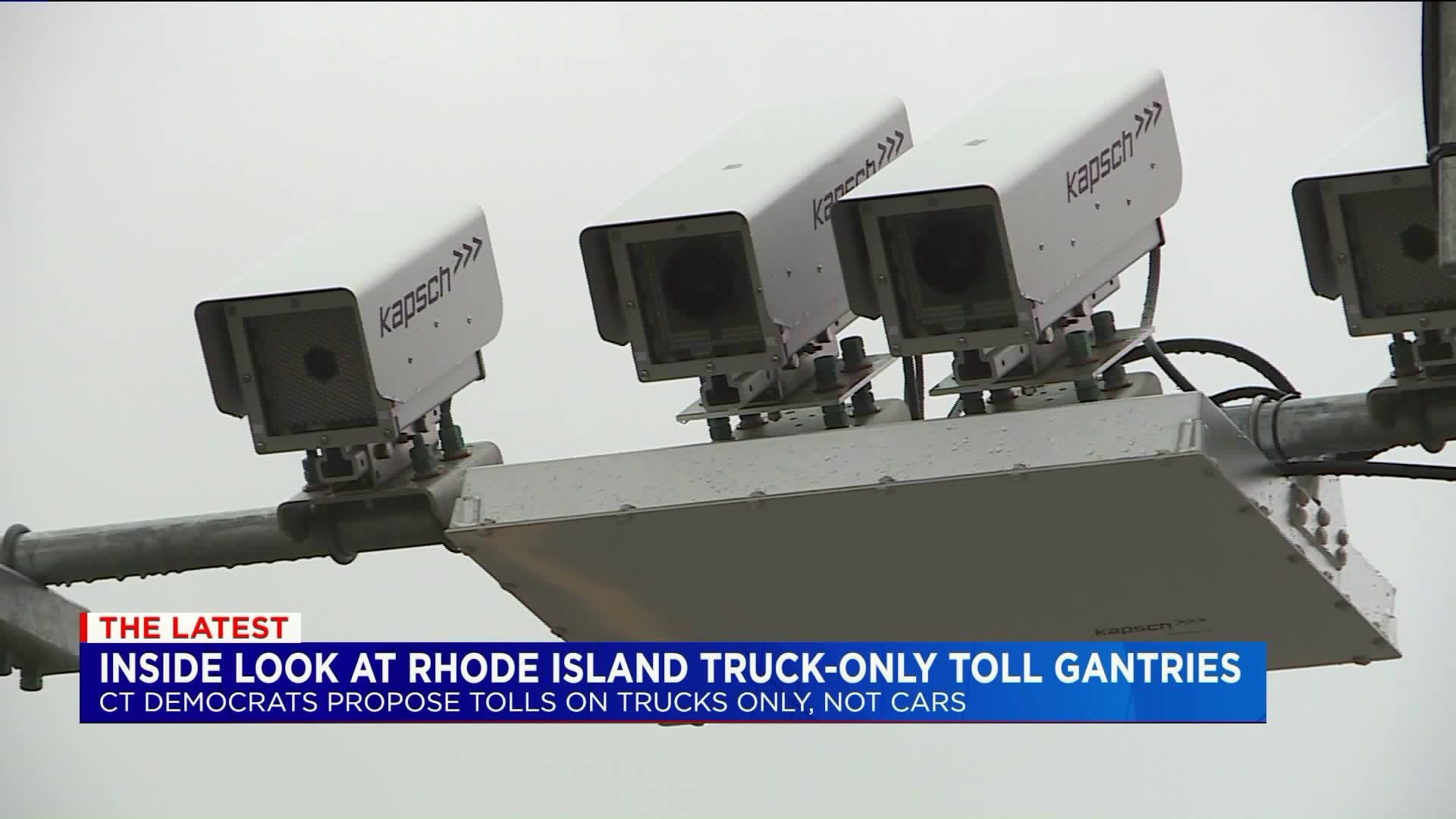 PROVIDENCE R.I. — An inside look at how Rhode Island’s truck only toll gantries are being constructed right now. It comes on the heels of Connecticut House Democrats proposing a very similar idea to fund transportation.

Truck only tolls started going up in the summer of 2018 in Rhode Island. Part of their ‘RhodeWorks’ 10 year 5-billion dollar transportation plan passed in 2016. It could provide a glimpse into Connecticut’s transportation future.

“They are trying to mimic what’s going on here in Rhode Island,” said Mike Collins.

Collins runs a trucking company in Rhode Island and represents an organization suing Rhode Island for truck only tolls. The Rhode Island Department of Transportation sent FOX61 this statement that said, “We are awaiting a ruling with no precise time frame for when a ruling will be made. We are confident that we will prevail.”

Collins said if truck only tolling is approved in Connecticut, he’s absolutely sure there would be another lawsuit.

“People in Connecticut were very blessed in one aspect that they had two casinos that gave them a perpetual wealth at one time. Is it the trucking industry’s fault that money was squandered and not put toward infrastructure?” said Collins.

State Rep. Matt Ritter, the House Majority Leader said, “Our argument is that they do 80% of the damages.”

We went to one of the electronic overhead tractor-trailer toll gantries on Route 146 South in Providence, just after the I-295 interchange.

“The Rhode Island Department of Transportation’s (RIDOT) tractor-trailer only tolling program is meeting or exceeding our performance and review expectations,” said RIDOT.

But that’s exactly what has some people nervous. If the tolls go up, will they ever come down? And would truck only tolling lead to all vehicles?

“They’ll probably be up forever. Knowing this state and Rhode Island,” said Damien Dias of Providence.

“We don’t put gantries up just to toll one class of vehicle. The people of Connecticut better start paying attention to it. We’ve got promises from politicians that say there will be no cars and it end with — on my watch. Well how long is your watch good for?” added Collins.

In Rhode Island, there are four gantries now. They will eventually be on 12 bridges across the state. The same number proposed by CT House Democrats.

Truck only tolls was an idea Gov. Lamont floated back on the campaign trail, only to scrap the idea 38 days later. Gov. Lamont has asked all caucuses to come to the table ready to compromise for meeting in his office, possibly next week.

A RIDOT spokesperson told Fox61 they are not aware of Gov. Lamont asking Gov. Gina Raimondo or anyone at DOT for any specific advice on their toll system but said the Governors regularly communicate at regional meetings.