WETHERSFIELD — There are now three options for gender when it comes to the licenses at the Department of Motor Vehicles: Male, Female and Non-binary. “It’... 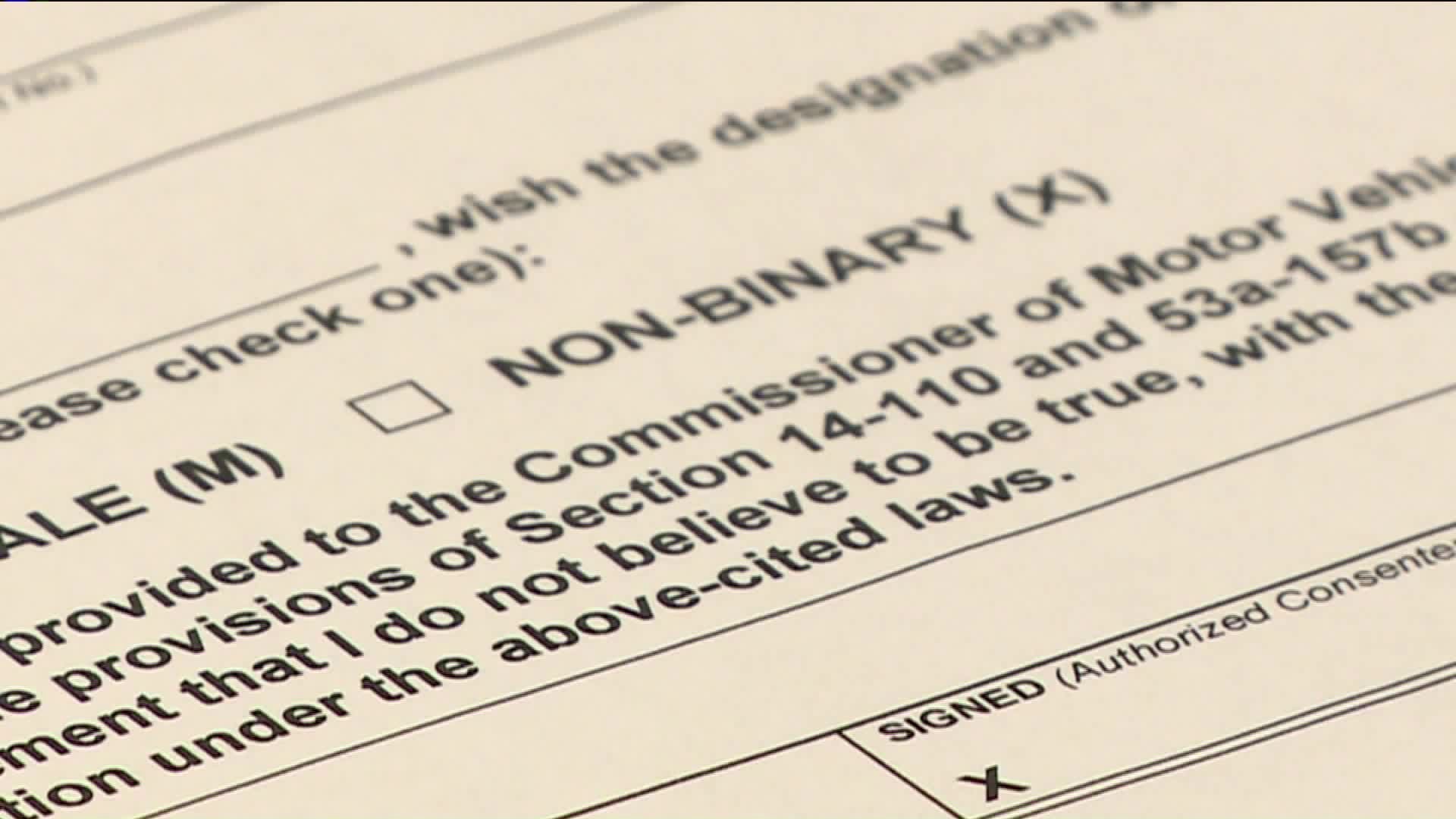 WETHERSFIELD -- There are now three options for gender when it comes to the licenses at the Department of Motor Vehicles: Male, Female and Non-binary.

“It’s really simple you come and you fill out the form, it’s either male, female or gender x and you mark the box that you want to put down and lo and behold you have your license to what you reflect your values and who you are," said Deputy Commissioner Tony Guerrera, Department of Motor Vehicles.

This was one of the commissioner's top priorities when he was appointed to the DMV. Some drivers were happy to see the change.

"I don't see why you have to hide anything, the world is open now," said Harvey Hawkins.

Others fear it will cause confusion, "I think it just makes things more confusing, there are people here who are not going to understand it. Maybe the younger generation may identify with it," said Joe Dubyel.

The department is warning that the gender designation may not be accepted on forms of identification in other states. The new policy took effect Monday here in Connecticut.