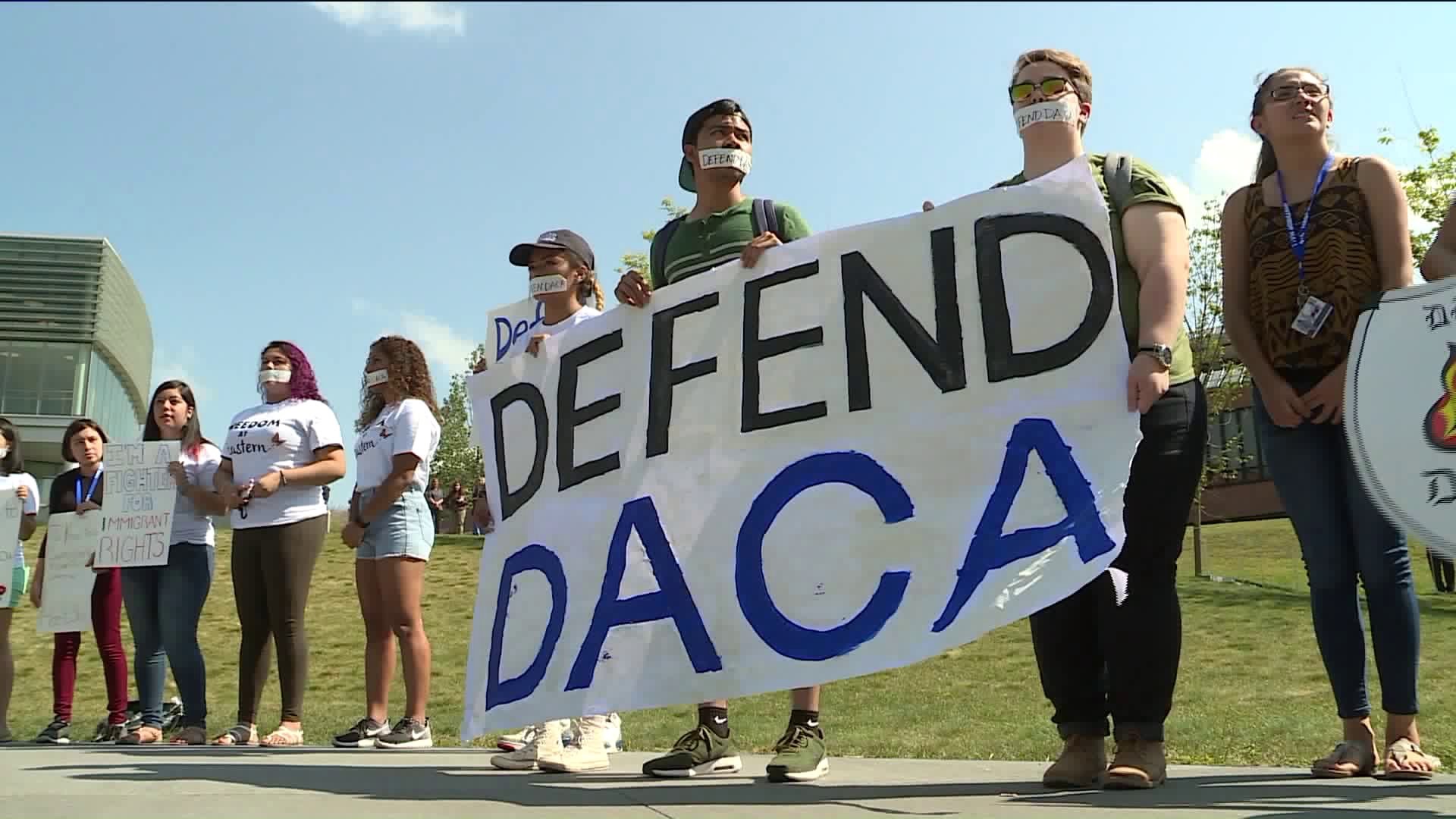 HARTFORD -- Supporters of DACA converged on the steps of the Supreme Court to voice their opinion.

DACA or the Differed Action for Childhood Arrivals Act provides some people who were brought to the United States illegally as children the opportunity to live and work in the states.

President Trump’s administration argues that the Obama-Era legislation is both illegal and unconstitutional. The President saying Obama never had the right to impose the policy in the first place.

The President Tweeting in part, "If the Supreme Court upholds DACA it gives the President extraordinary powers, far greater than ever thought."

Connecticut is one of 17 states represented at the Supreme Court to defend DACA. Attorney General William Tong says the Trump Administrations is creating a cruel and hateful policy that attacks immigrants.

"For the life of me, I don’t understand the purpose of this administration trying to revoke a policy that his help so many people," said Attorney General Tong.

Attorney General Tong visited some 200 DACA students at Eastern Connecticut State University on Tuesday. He says they are concerned that the ruling could damage their lives.

"These are just kids doing what kids should do. Studying, working extraordinarily hard," said Attorney General Tong. "91% of them go on to work and hold jobs and help our economy."

Lucas Codognolla is one of the four-thousand DACA recipients in Connecticut.

Codognolla is the Executive Director of Connecticut Students for DREAMers. They are asking anyone that has a work permit expiring in 2020 to renew it now.

"We don’t know what the Supreme Court decision will be," said Codognolla. "We want to make sure that everyone has much time as possible."

Codognolla acknowledges that DACA was never meant to be the answer to immigration. He says it’s important for policymakers to pursue new immigration legislation at the national and local levels.

"We’re going to be fighting together until we get some permanent solutions for our community," said Codognolla.

A decision on DACA is not expected until next summer. If DACA is thrown out by the Supreme Court a bipartisan solution for DREAMers can still be reached in congress.