Connecticut lawmakers looking to increase security at places of worship

WOODBRIDGE– State lawmakers are looking to increase security at places of worship, this following a recent string of anti-Semitic acts. “We need to make s... 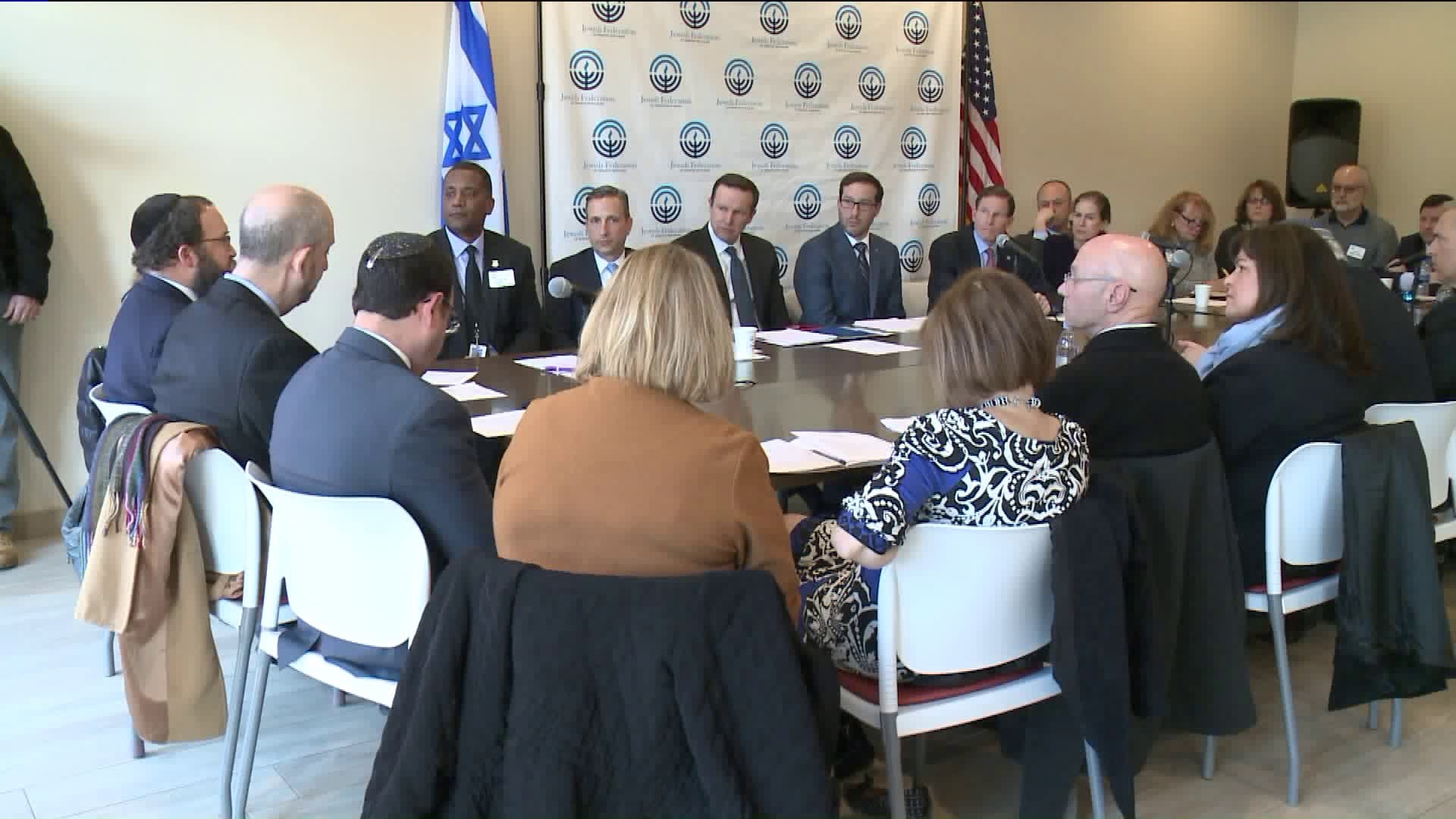 WOODBRIDGE-- State lawmakers are looking to increase security at places of worship, this following a recent string of anti-Semitic acts.

“We need to make sure that Jews walking down the street feel safe. We need to come together to teach people of all ages where this hate comes from, and how we can stop it,” said Steve Ginsburg, Regional Director of Connecticut's Anti Defamation League.

Less than a week after an attack on Jews at a rabbi’s home in Monsey, New York, Connecticut state leaders are working together to make sure an attack like that doesn’t happen here.

“In this surge of anti-Semitic violence it's potentially a precursor and we cannot remain silent,” said Sen. Richard Blumenthal.

Senators Richard Blumenthal and Chris Murphy, along with lieutenant governor Susan Bysiewicz held a round table discussion with the Jewish Federation of greater New Haven Thursday.

They want to increase security for places of worship, but also find ways to put a stop to the hatred.

“We’ve got a step up our security, we have to step up our vigilance, but we also have to route out the causes of this growing trend line of anti-Semitism. The fact of the matter is, this starts in the education system, it exists online and we’ve all got to do better to find ways to route out anti-Semitism at its earliest stages,” said Sen. Chris Murphy.

“Here in Connecticut we have not had that number of assaults, but we have had just like the rest of the country .... a major increase in the number of reports of anti-Semitic incidents,” said Ginsburg.

Lawmakers say this discussion is just the start of a major change that needs to happen. Until then they’re reminding communities to stay vigilant.