Patrick Edward McCaughey III was charged with assaulting, resisting, or impeding certain officers or employees; and other charges 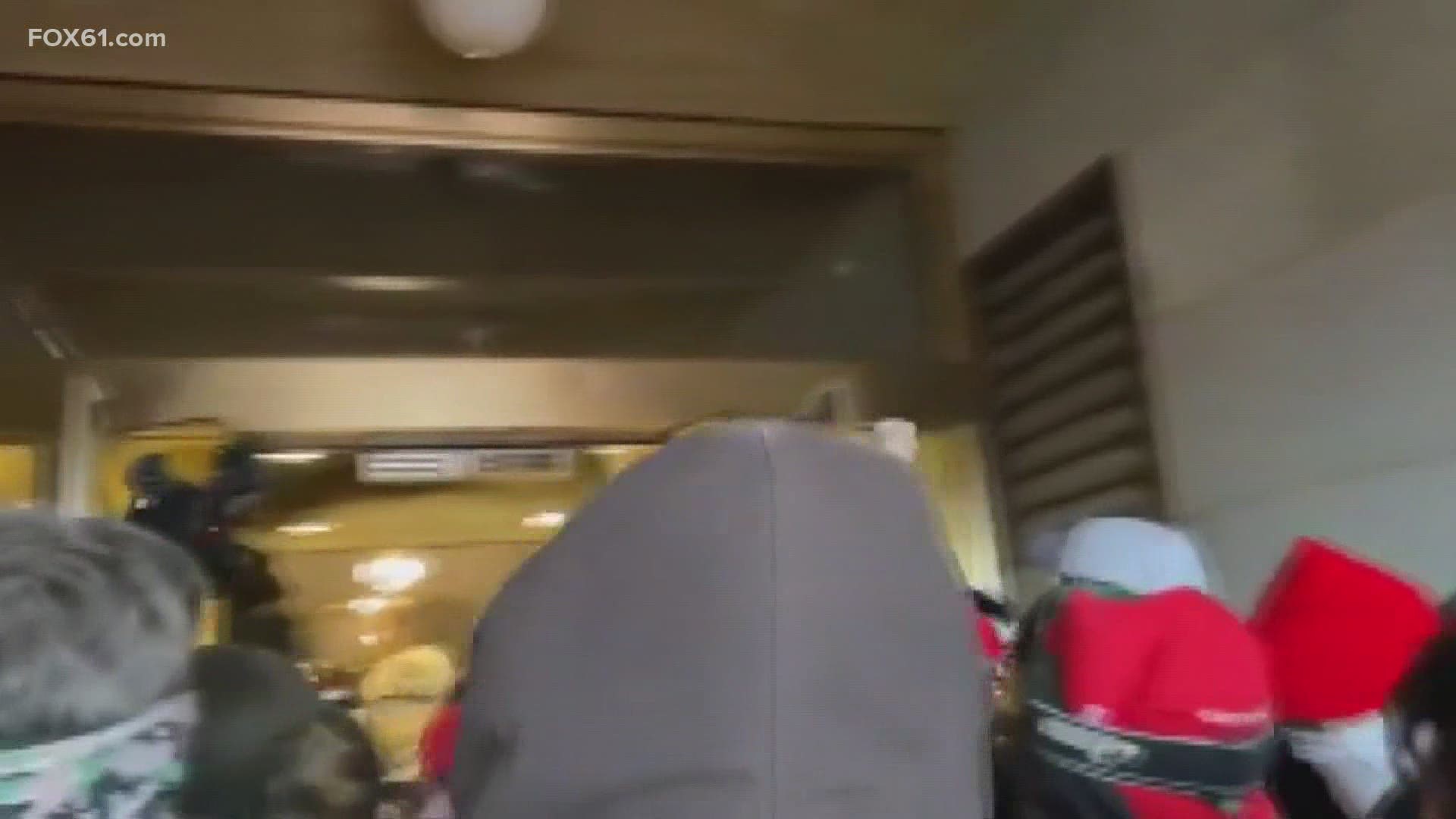 HARTFORD, Conn — A Ridgefield man was charged with assaulting an officer during the breach of the U.S. Capitol grounds on Jan. 6.

He will appear in U.S. District Court for the Southern District of New York today, before appearing in Washington D.C.

“The vicious attack on Officer Hodges was abhorrent and quintessentially un-American,” said Acting U.S. Attorney Michael R. Sherwin. “It is my pledge that anyone involved in violent attacks on law enforcement at the U.S. Capitol on January 6 will be prosecuted to the fullest extent of the law. McCaughey’s alleged actions were an assault on Officer Hodges, the Capitol, and the rule of law itself.”

Thank you to everyone who provided information to assist in arresting the individual responsible for the injuries of MPD Officer Hodges during the riots on January 6th. We appreciate your assistance in bringing them to justice. https://t.co/D6rvAo5yHd

“Even after days of seeing so many shocking and horrific scenes from the siege on the U.S. Capitol, the savage beating of D.C. Metropolitan Police Officer Hodges stands out for the perpetrator’s blatant disregard for human life,” said Steven M. D’Antuono, Assistant Director in Charge of the FBI Washington Field Office. “Patrick McCaughey’s actions were violent, barbaric, and completely out of control. The FBI will relentlessly pursue individuals who took part in this activity and we will continue our unwavering commitment to ensure all those responsible for assaults on law enforcement officers are brought to justice.”

The press release went on to say, "As alleged in the charging documents, on Jan. 6, 2021, a video posted to YouTube captured a large group of rioters attempting to break through the line of uniformed law enforcement officers who were in place to prevent rioters from entering the lower west terrace door of the U.S. Capitol. In the front line of rioters, an individual, who has subsequently been identified as McCaughey can be seen using a clear police riot shield to physically push against the left side of an officer’s body. The officer was pinned between the clear police riot shield being held by McCaughey and the lower west terrace door. The officer appeared to be loudly crying out in pain. As the officer was being pinned to the door by McCaughey, a separate rioter was violently ripping off the officer’s gas mask, exposing the officer’s bloodied mouth. As McCaughey was using the riot shield to push against the officer, numerous other rioters behind and around McCaughey appeared to add to the weight against the officer."