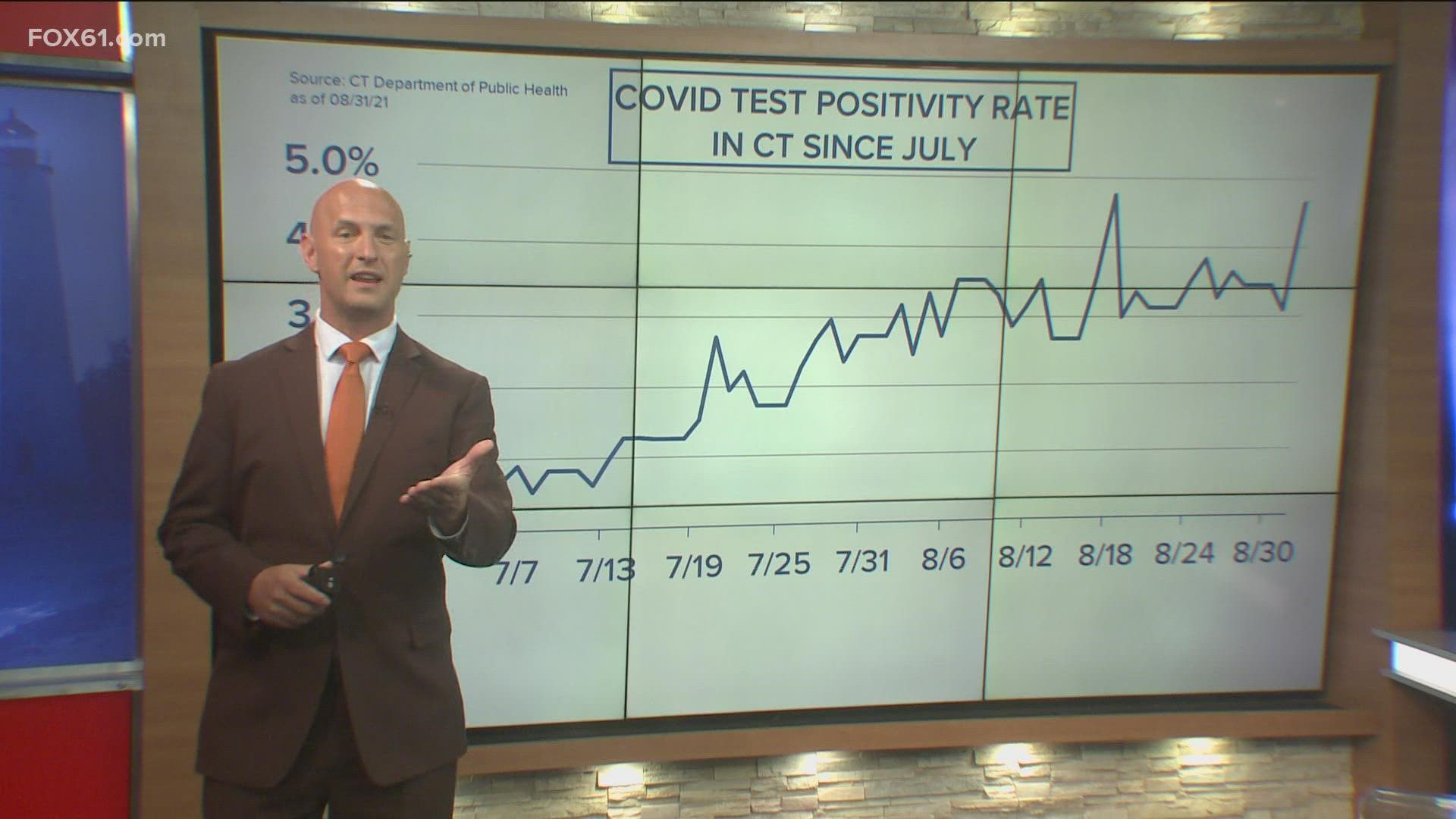 HARTFORD, Conn. — Interpreting Connecticut's daily COVID-19 reporting is often a matter of perspective because it can be easy to come to different conclusions based on how wide of a lens is used.

The Connecticut Department of Public Health's daily report from Tuesday, Aug. 31 provides a great example of why.

Here is the test positivity rate for that Tuesday and the week prior:

The positivity rate from over the weekend, which was reported on Monday, was 3.1%.  The following day, the percentage jumped to 4.65%, one of the highest daily rates we've seen in months.

However, if the perspective is widened to look at the daily rates from the beginning of July, such sudden jumps, and sudden drops, are common.

Looking at the state's positivity rate over the most recent 14 days, and how that changes over time - commonly called the two-week rolling average, seen below in orange - there is a clearer and more stable perspective on the spread of the delta variant. It paints an entirely different picture than the one-day jump from 3.1% to 4.65%.

Credit: FOX61
The two-week rolling average is in orange. It shows signs of levelling off.

The high percentage from Tuesday merely replaced a similarly high percentage from two Tuesdays prior.  The essentially unchanged rolling average also reinforced the recent trend of smaller and smaller rises. This latest wave isn't yet receding, but it may be nearing its peak.

This trend is also apparent in the state's total hospitalizations, which tend to lag the positivity rate by about two weeks.

Credit: FOX61
The state's hospitalizations curve is also showing early signs that the delta wave may be peaking.

RELATED: A sound bite reexamined: 'pandemic of the unvaccinated'