Coronavirus vaccine being researched and developed at Protein Sciences in Meriden

Sanofi’s plan is to build off research from 2002, when Protein Sciences developed a SARS vaccine — a similar virus. 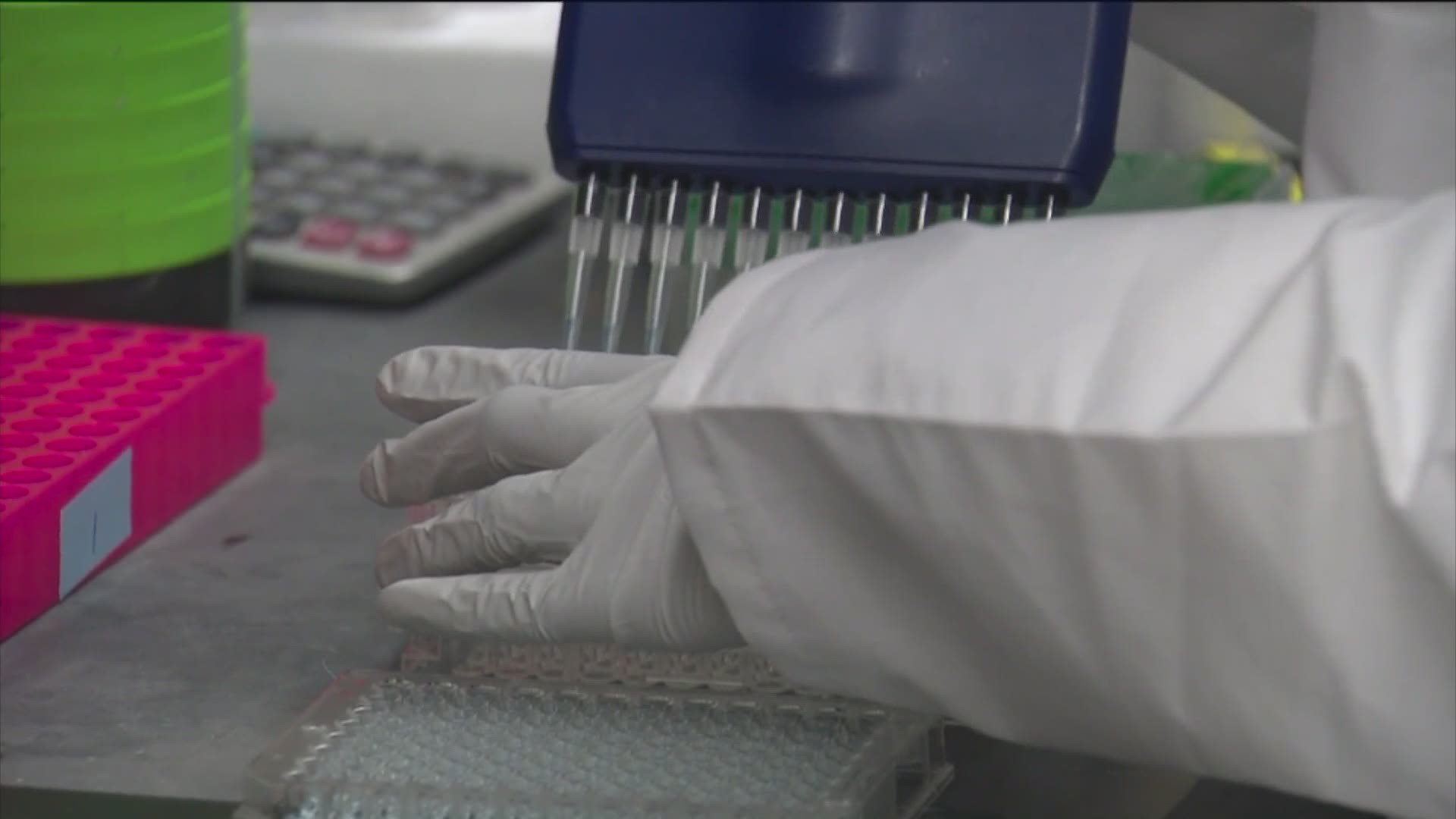 MERIDEN, Conn. — A vaccine for the Coronavirus is, right now, being researched and developed in Meriden. Protein Sciences believes they have a unique advantage that could protect the public from a potential pandemic. Their scientists are working around the clock to formulate a Coronavirus vaccine based on work they started back in 2002 on a SARS vaccine that was never brought to market.

The crucial research is being conducted on Research Parkway. Protein Sciences was acquired in 2017 by Sanofi — a French biopharmaceutical company with it’s U.S. headquarters in New Jersey. They are working to develop a vaccine in Connecticut to COVID-19. Its more commonly called the Coronavirus.

Clement Lewin is the Head of Sanofi’s Biomedical Advanced Research and Development Authority or (BARDA) office. “We hope to be in pre-clinical testing in six months. Six or 12 months after that we hope to be in clinical testing and within 36 to 48 months...we would be licensed or approved to make a vaccine that induces an immune response and then protects people against that strain,” said Lewin. They are working with the federal government. It’s a timeline that could be accelerated.

Sanofi’s plan is to build off research from 2002, when Protein Sciences developed a SARS vaccine — a similar virus. It was tested and found to be effective on animals but was never brought to market because SARS went away. “We’re very hopeful that this approach can work based on the work that was done with SARS and the fact that we actually have a platform that is able to produce large quantities of influenza vaccine,” said Lewin.

This, as the race to protect the population literally goes under the microscope. Dr. Virginia Bieluch is the Chief of Infectious Disease at the Hospital of Central Connecticut. She said, “It’s amazing to me that in two months we know so much about the genetic makeup of this virus.”

The risk to you is still low, and there are simple steps you can take to make it even lower. “Hand washing, social distancing. Common sense measures.” Preparation and careful coordination are key — and happening at the highest levels of federal and state government. President Trump said, “We’re very very ready for this.” Gov. Ned Lamont said, “Connecticut is ready, and we’ve been ready for a while.”

Sanofi said they plan to produce an exact genetic match to proteins found on the surface of the Coronavirus. This should trigger your immune system to make protective antibodies. While promising, it’s in the very early stages with no way — right now — to predict how effective it may be in humans