2 Asian American women attacked with a hammer in NYC: police

Police say the two women were walking on the sidewalk when they were approached by another person. 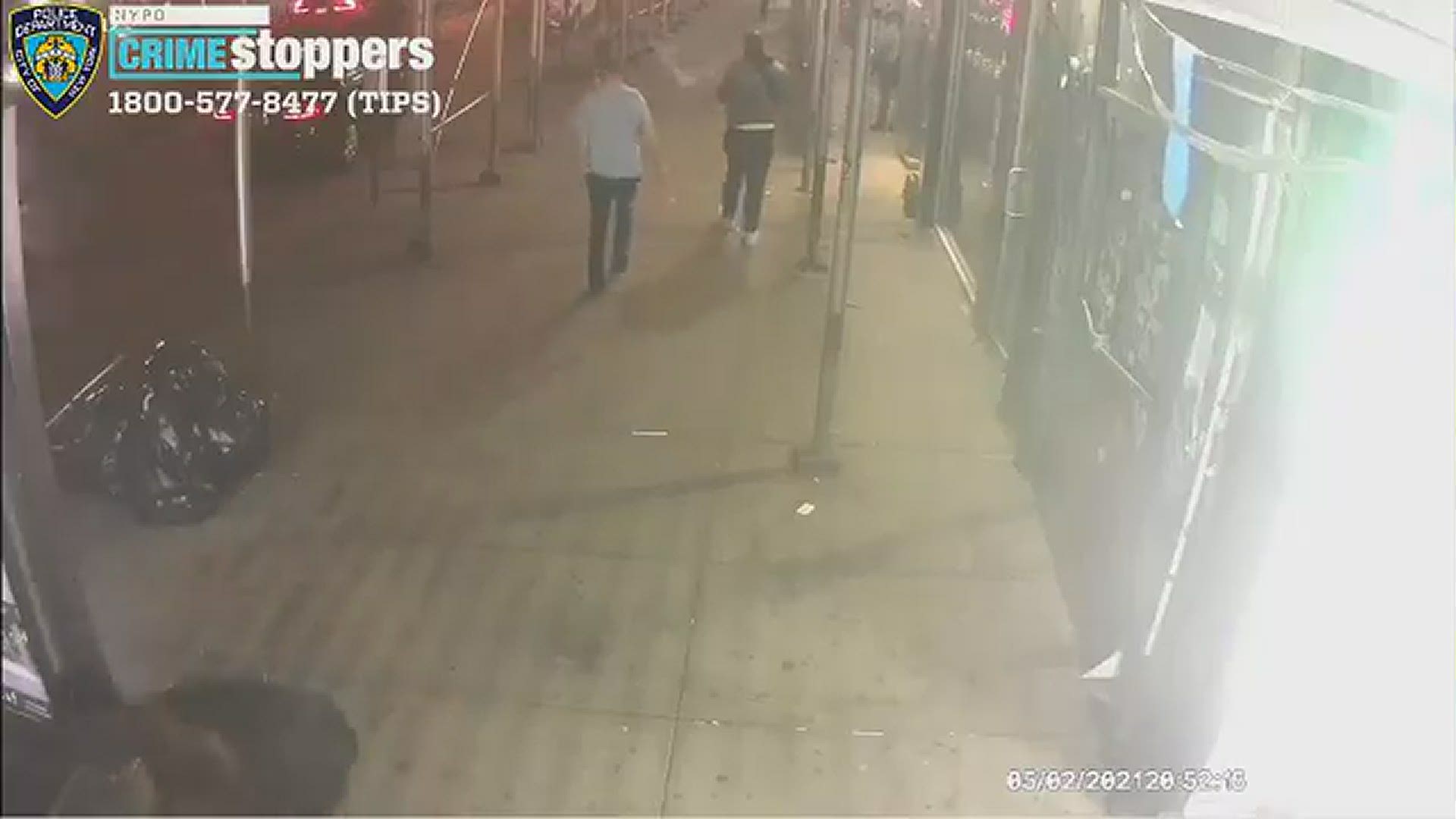 NEW YORK CITY, N.Y. — Police are looking for a suspect in connection to an assault of two Asian women with a hammer in New York City.

A video from NYPD Crime Stoppers shows the two women walking on the sidewalk in front of 411 West 42nd Street when the unknown Black person approaches them and begins to strike them with a weapon police said was a hammer.

New York Gov. Andrew Cuomo released a statement on the attack, calling it "despicable" and directed the New York State Hate Crimes Task Force to offer their help in the investigation.

"I am disgusted by this violent attack in Midtown Manhattan, the latest seemingly senseless and despicable hate crime against Asian Americans in this state," said Cuomo. 'We will do everything in our power to protect those who are vulnerable to these attacks and to hold cowardly perpetrators accountable to the full extent of the law."

Police said anyone with information is asked to call them at 800-577-TIPS or DM NYPDTips. A reward is being offered up to $2,500.

New York City has seen multiple attacks against Asian Americans in the last few months. The most recent attack happened in March when a 65-year-old woman was attacked on her way to church. The suspect involved was later arrested.