5 officers injured after car rams into cruisers in Meriden: PD

Police say a car that matched the description of one involved in a shooting, drove away as officers approached it. It struck those on the street and two cruisers. 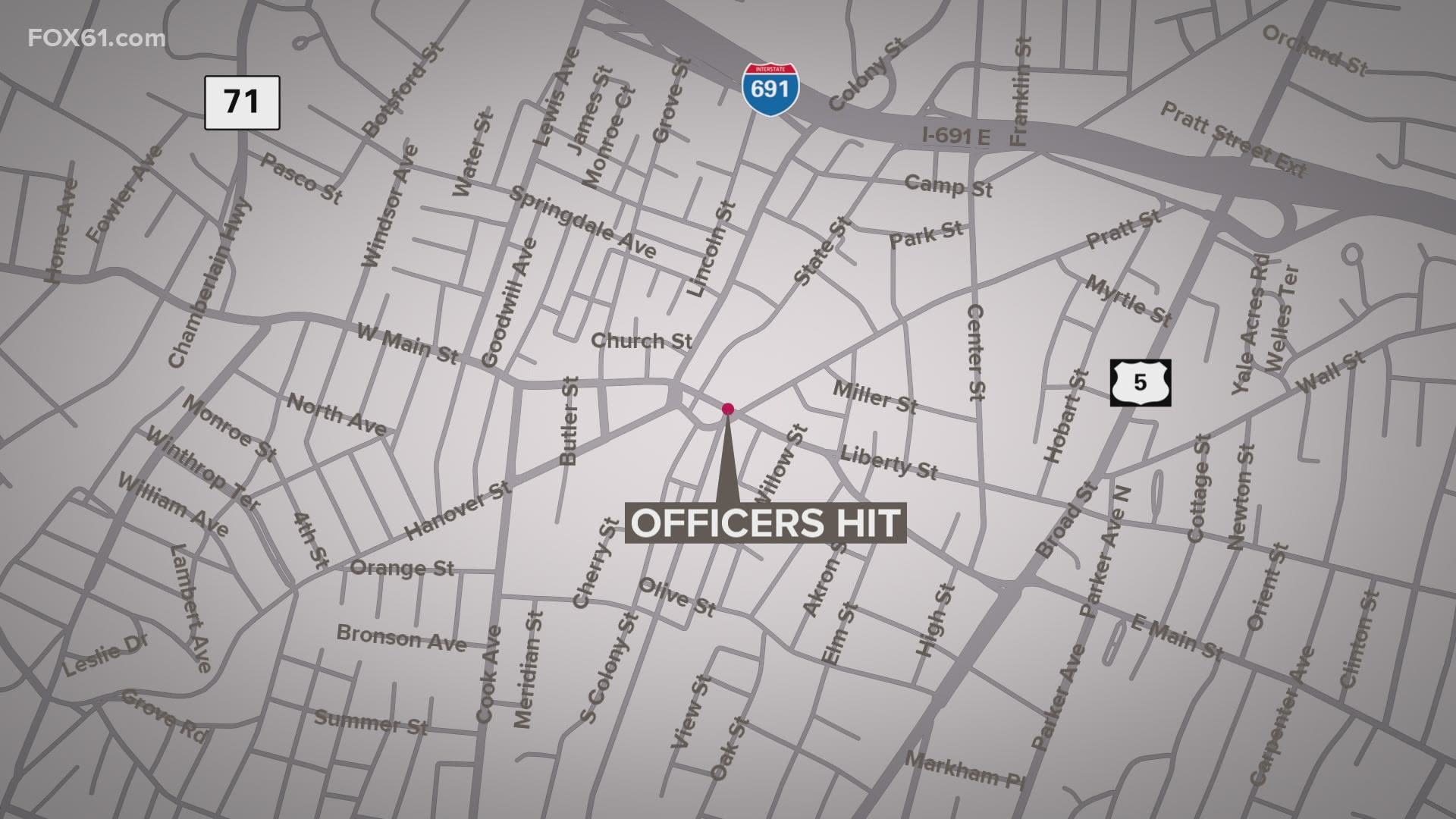 Officers found a Red Chevy Impala on North Second Street, that matched the description of a car used in a shooting.

Police say as officers approached the car, the suspects drove it toward two cruisers and an undercover car. The officers on foot were struck by the car as it twice rammed all three cars.

The car was able to get past police by driving on the sidewalk, heading on West Main Street. Police say they were able to find the car in the area of Ames Avenue and Lockwood Street.

The people inside the car ran but officers were able to apprehend them. Police say they saw one man discard a weapon and a K9 was able to find a second weapon.

Five officers were taken to the hospital for various injuries. It is unclear the severity of the injuries.

Police say no one has been charged and could not release any further information. The investigation remains ongoing.

Meriden Mayor Kevin Scarpati posted on his Facebook page, saying he was praying for the officers' recovery and thanking Wallingford police for their help during the incident.

As many of you are aware, it was a busy evening for our Meriden Police Department. First, my thoughts are with our officers who were injured from this incident and pray for a quick and full recovery," said Mayor Scarpati. "I'd also like to thank Wallingford PD for sending officers to assist our department. Lastly, I encourage anyone with information or possible video footage of today's events to contact the Meriden Police Department. Thank you, Meriden PD for keeping us safe tonight, and every night."