After '46 arrests' in carjacking detail, only 5 people actually charged

The big carjacking crackdown in late Jan. by Hennepin Co. Sheriff and Minneapolis Police has not resulted in the number of charges they touted. 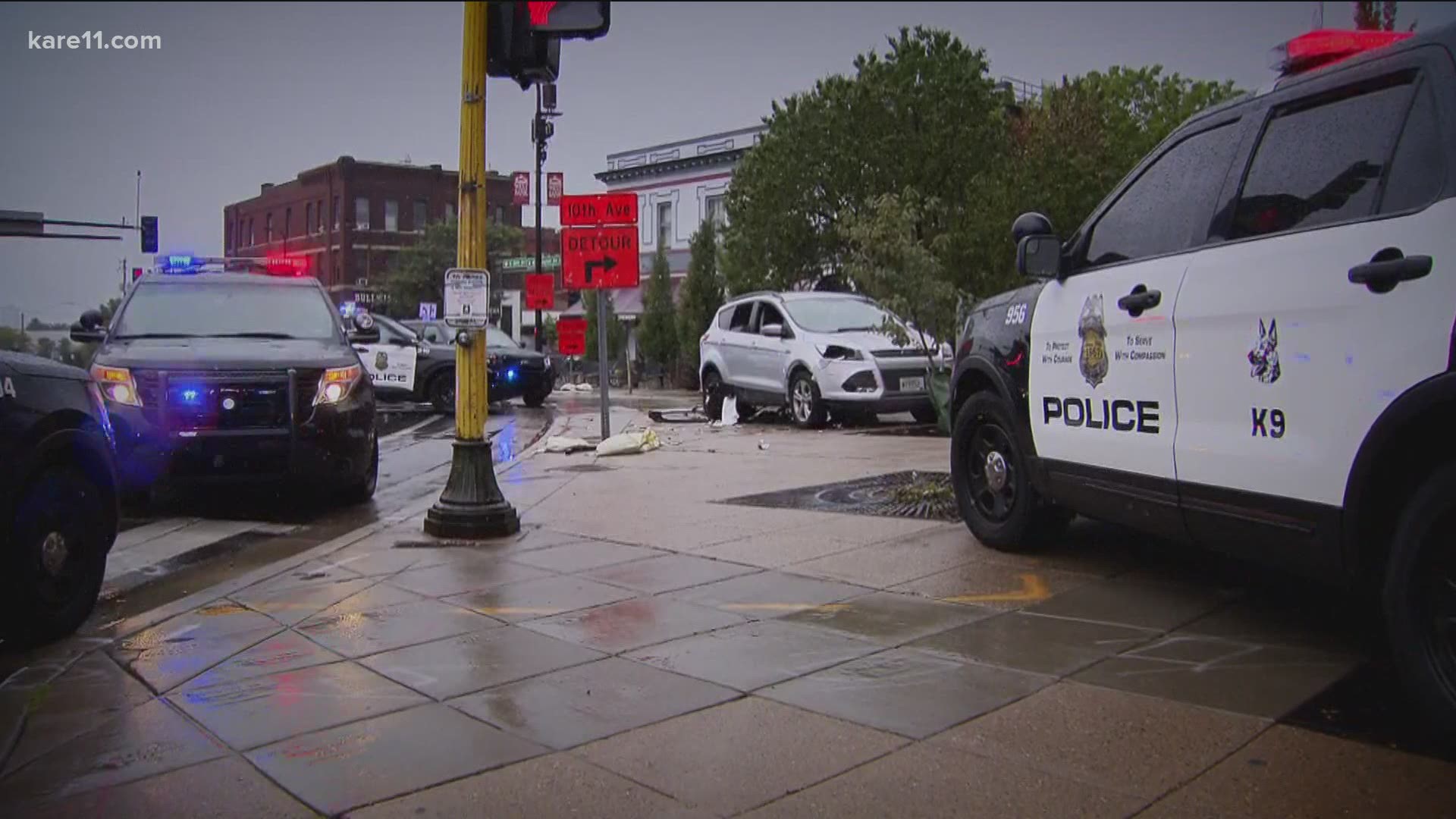 MINNEAPOLIS — The announcement sounded significant. "Forty-six arrests and 69 felony-level charges," announced by the Hennepin County Sheriff's Office after they and Minneapolis Police spent three days in late January, along with the State Patrol helicopter, targeting robbery and car jacking suspects.

Sheriff David Hutchinson told KARE 11 News on Feb. 2 that a lot of those arrests were specifically for carjacking-related crimes.

RELATED: 46 arrested in connection to carjackings, robberies in Minneapolis

But now, three weeks after the arrests, the Hennepin County Attorney's Office says it has only received 12 cases from investigators.

Of those, only five could be charged.

And of those, none are related to carjacking.

"All five of the men charged were charged with some form of a drug offense," said retired Judge Daniel Mabley, who is consulting with the Hennepin County Attorney's Office on carjacking cases.

In the criminal complaints filed against those five men, carjacking scenarios are not even mentioned. Three of them were released without bail, one posted bond, and one was bailed out by the Minnesota Freedom Fund. KARE 11 News is unable to check the status of the rest of the 46 arrests, because authorities have not provided a list of all the names.

One might assume that an announcement of 46 arrests from a carjacking detail with 69 felony charges would mean police made significant progress in stemming the disturbing crime trend. But it's simply not true that 46 violent carjackers have been taken off the streets.

"I think it might be unfortunate that the press release used the word 'charges.' I think what they meant was probable cause arrests," Mabley said. "If the criticism is that we aren't doing enough on cases, we have to have the cases submitted before we can do anything about them."

An MPD spokesman says they aren't done investigating, because cases are so intertwined, they are currently "packaging up these crimes and these cases." And according to MPD, some of the arrests included people wanted on warrants for past cases.

Regardless, Judge Mabley is aware how many might view a big crime-fighting announcement followed weeks later by little to no prosecution.

"The public will form an expectation, there's no doubt about that. Anytime there's a delay, those expectations seem to be dashed," Mabley said.