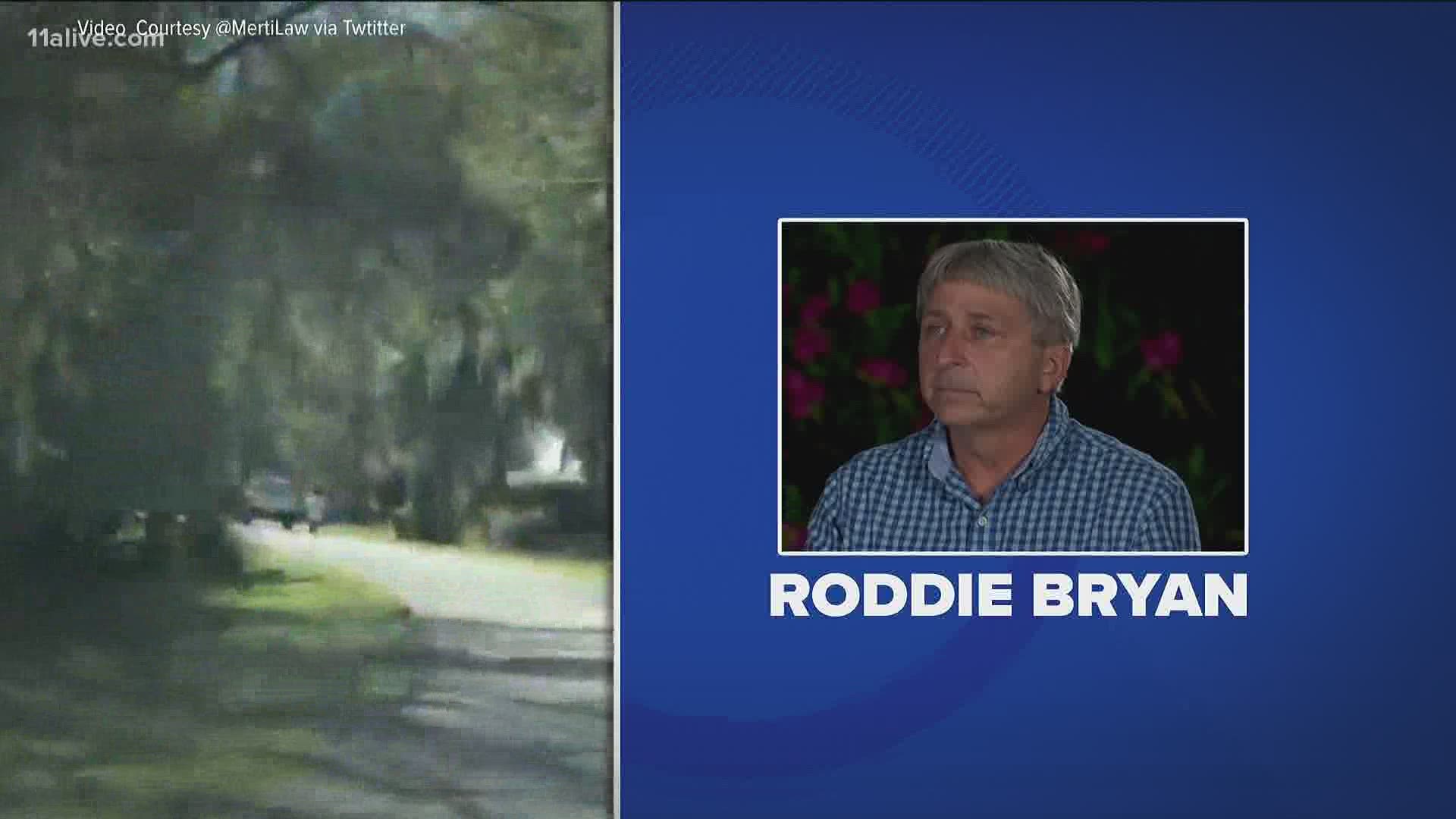 BRUNSWICK, Ga. — The attorney for Ahmaud Arbery's family has been pushing for an additional arrest in the murder investigation. On Thursday, that arrest came.

Arbery was shot and killed in February while he was jogging in a south Georgia neighborhood. Video of the shooting went viral in recent weeks. A father and son, Gregory and Travis McMichael, were arrested earlier this month after the GBI was requested to look into the death of the 25-year-old. They were charged with murder and aggravated assault.

The shooting encounter was recorded by Bryan on camera.

"This case started because there was an incomplete investigation from the beginning," he said. "So the GBI had to go in there, re-look at all the evidence and go make the arrest that should’ve been made in the first place. We felt strongly that when they arrested the McMichaels they should’ve arrested to co-conspirator, William Bryan."

On Tuesday, Bryan took a lie detector test, his attorney Attorney Kevin Gough said. He said the test is not considered admissible in court but does show Bryan was unarmed at the time of the shooting, did not have any conversation with the McMichaels prior to the shooting that day and was not privy to any plan to take a life. Gough said Bryan was nothing but a witness and not a "vigilante."

1 / 5
Provided
Ahmaud Arbery, 25, was shot and killed by two armed men while jogging in a South Georgia neighborhood back on Feb 23, 2020.

Merritt said his team is pushing to see more done in the case.

"Well obviously we want to see the arrest lead to a formal indictment then a vigorous prosecution and conviction," he said. "But there are other people we believe were involved. We spoke with the DOJ earlier today about their investigation into the corruption that failed to, that delayed these arrest in the first place."

"But she remains stoic and focused on holding the entire legal apparatus accountable," Merritt said. "She has been dealing with decision makers in South Georgia who have ignored her cries."

He said she's starting to move toward justice.

"She hasn't let her guard down but this is getting her to exhale just a bit," he explained.

MORE IN THE ARBERY CASE

Atlanta mayor shares tweet on Ahmaud Arbery case: 'nauseating churn of my stomach I get each time'