Arrests made in 2019 teen homicide investigation

The victim of the shooting was identified as 17-year-old Usher Hanns. Police said the suspects fired in a large crowd in the evening of September 1.

HARTFORD, Conn — Police have made an arrest in connection with a 2019 homicide investigation that left a 17-year-old dead and injured four people.

On September 1, 2019, ShotSpotter alerted officers to the area of Edgewood Street after 12 gunshots were detected during the evening. Police also received 911 calls of a person being shot in the same area.

Patrol officers found 17-year-old Usher Hanns suffering from a gunshot wound to the head and was taken to St. Francis. Three more victims arrived at the hospital suffering from non-life-threatening gunshot wounds. A fourth victim did not seek medical attention. On September 4, three days after he was shot, Hanns died of his injuries.

Loved ones, community members, and teammates all showed up to honor Usher’s memory. Hanns was a member of an anti-violence program- Hartford’s Proud Drill Drum and Dance Corporation. 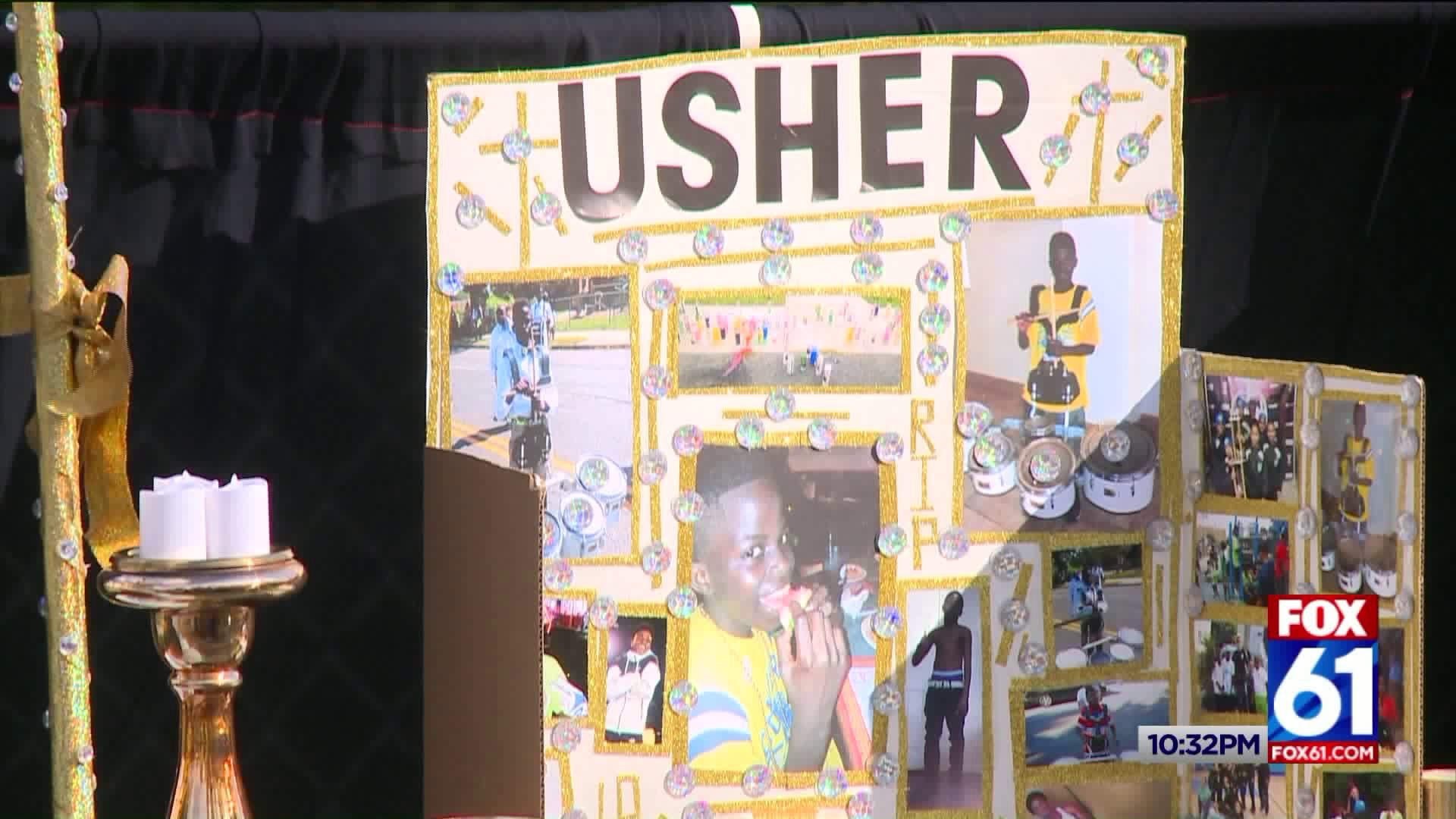 An investigation revealed there were at least three people shooting from a car into a large crowd on Edgewood Street. Police were able to obtain warrants in May, and arrest two suspects in connection with the death of Hanns.

Hartford residents 19-year-old Diondre Johnson and 20-year-old Jaden Davis were both charged in the murder of Usher Hanns. Both of the men have been in custody since October 2019 due to unrelated felony charges. Police said more arrests are anticipated.

Anyone with any information regarding the case is asked to call the Hartford Police Major Crimes Division or HPD Tip Line at 860-722-TIPS (8477).