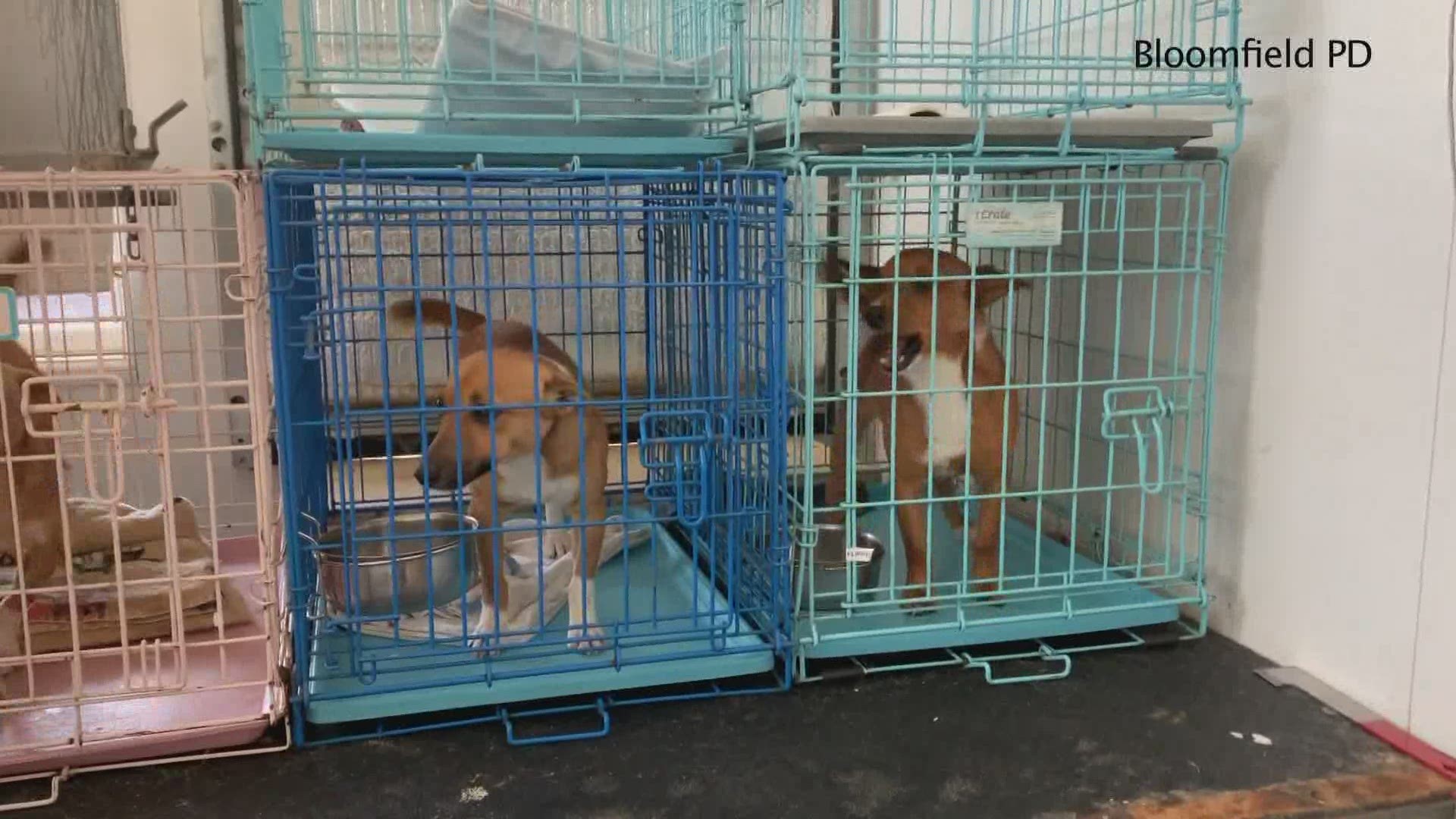 Police executed a search warrant after animal control received complaints the dogs were being left outside their home, overnight and in freezing conditions

“This was in response to citizen complaints in the area and when we began to investigate we didn’t know what we were going to find there we found things that as I said in the meeting were disturbing to us,” Chief Paul Hammick said.

According to the arrest warrant, the animal control officer said breeder Boisture kept dogs in cages and pens that are not big enough. Police add there were also piles of soiled paper towels, covered and soaked in fresh urine and feces and some dogs were standing in their own waste.

According to the arrest warrant some of the dogs were treated for diagnosed upper respiratory infections, skin conditions, and depleted immune system.

Some in the community have come  to Boisture’s defense. Her attorney also put out a statement Thursday that reads in part:

“It is important to remember, however, that the images capture just one moment in time. They do not show what occurred in the hours and days before they were taken or the amount of time and effort that Ms. Boisture expends to care for all of the dogs, which is her passion. We will present the other side to this story in court once we review all the information and complete our own investigation. For now, we are pleased with the tremendous amount of support that Ms. Boisture has received from all over the country from people in the dog breeding community."