"HPD will continue to monitor the situation with our federal state and local partners." 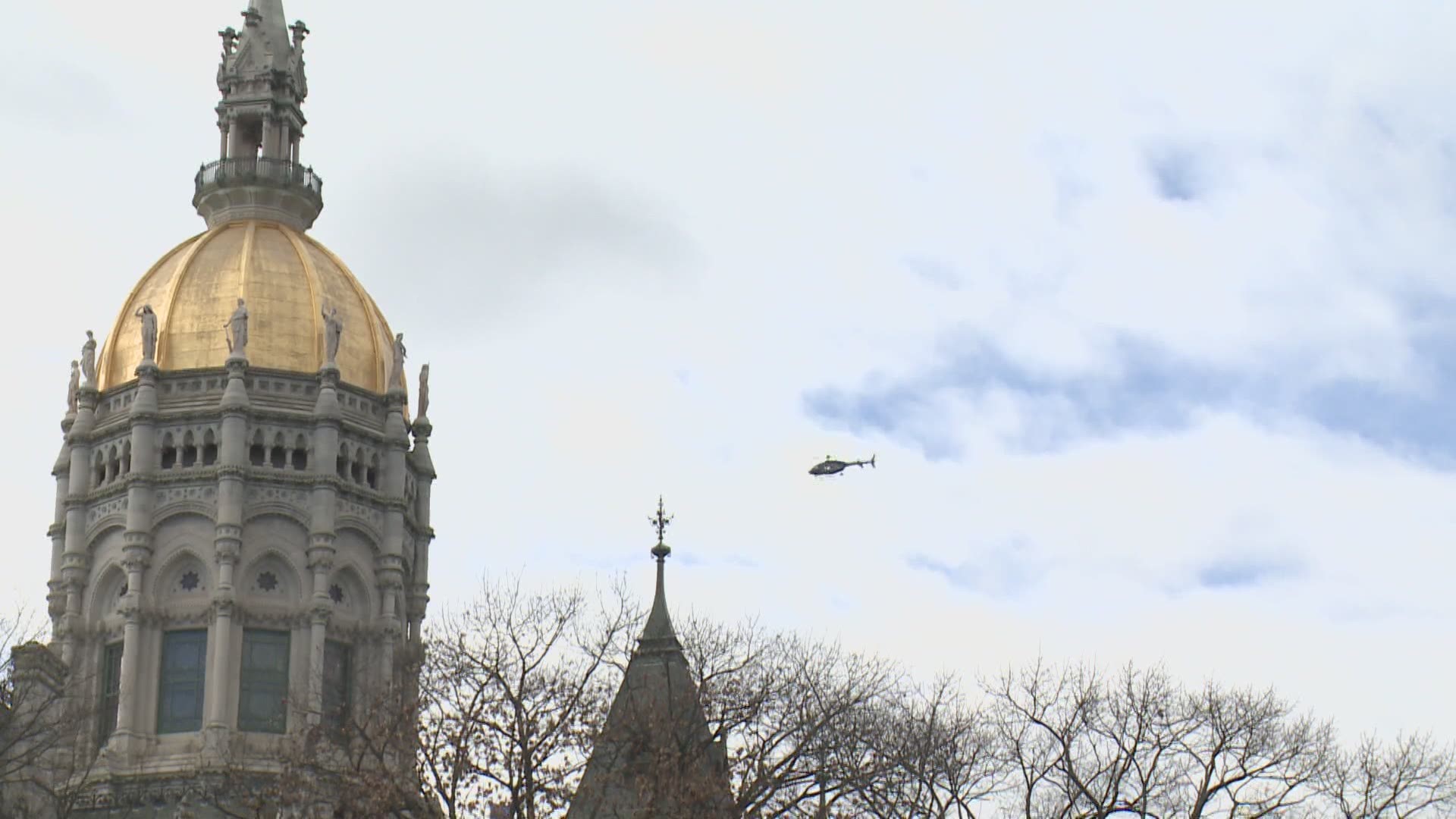 HARTFORD, Conn — Roads near the state capitol reopened after being closed for four hours In light of a recent FBI bulletin to all 50 states warning about the potential for armed protests in the days leading up to the inauguration of Joe Biden,

There continues to be an increased law enforcement presence at the Connecticut State Capitol in Hartford.

Security was increased in the wake of last Wednesday's deadly attack where five people died.

State Capitol Police are in talks with multiple agencies in beefing up security and said their officers will be stationed all around the building. They told FOX61 they are confident they are prepared should anything happen.

Roads were closed in the area of the State Capitol at 10 am. on Sunday. They reopened around 2pm according to Hartford Police.

All the roads around the CT State Capitol are open. HPD will continue to monitor the situation with our federal state and local partners. We will keep you advised on any changes. Thank you. 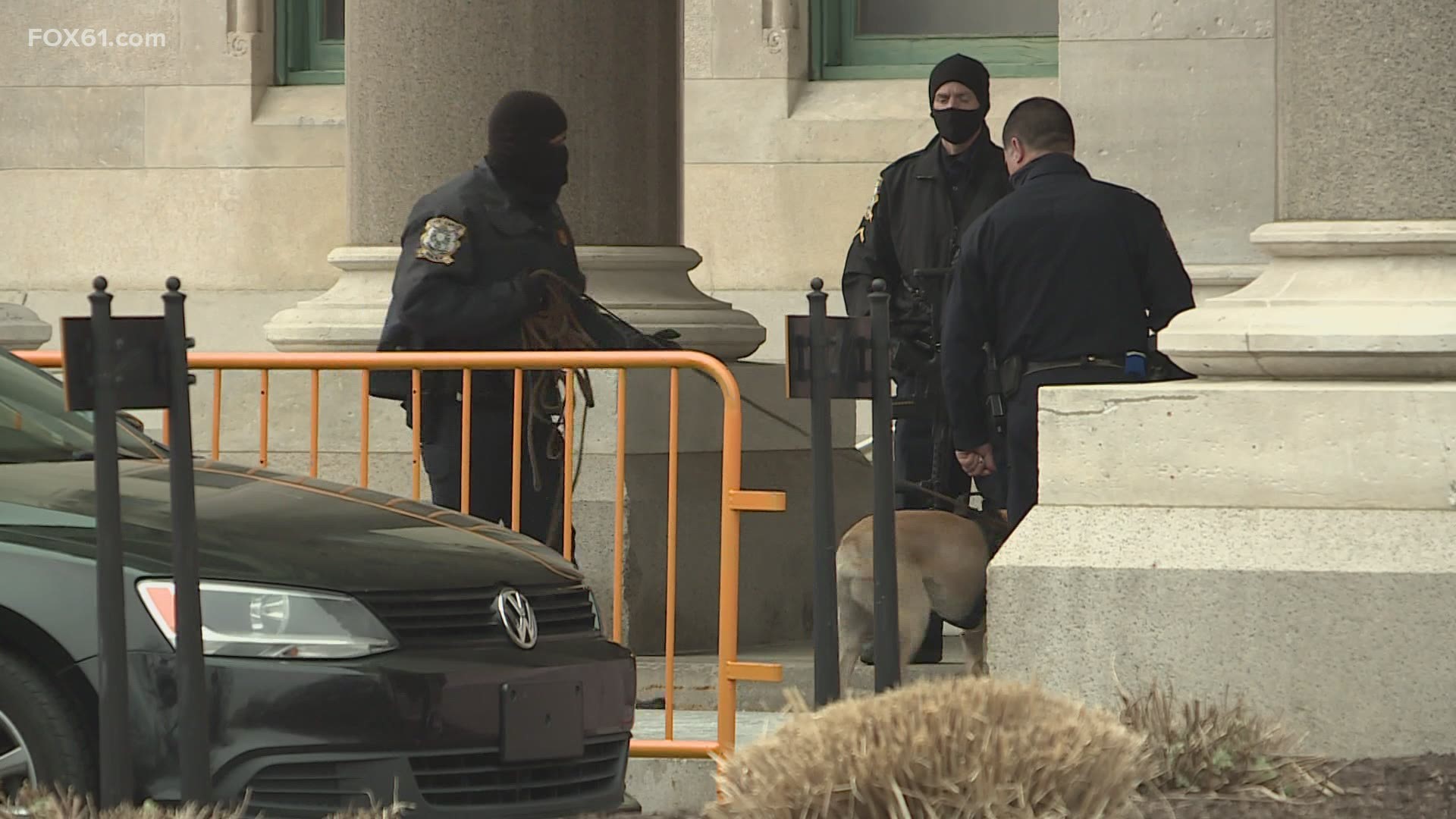 On Saturday, barriers closed off the driveway and parking lots next to the Capitol building in Hartford. An anticipated car rally of Trump supporters failed to materialize on Saturday afternoon. Some demonstrators had planned to drive from New Haven to Hartford, but their plans to use a local store's parking lot as a rally point were nixed by the owner.

Officer First Class Scott Driscoll with Capitol Police said they are not taking any chances, reassuring lawmakers and the public preparedness is their priority.

"We’re increasing our patrols with our K-9 officer who’s a bomb-detecting dog, we’re checking those areas and we’re also working very closely with a lot of other agencies - Hartford police, state police and FBI for additional possible manpower," said Driscoll.

Driscoll added his department has increased intelligence monitoring and bike officers will also have a noticeable presence.

He said there has been a total of 90 protests outside of the State Capitol in past years and all of them, so far, have been peaceful with hopes that will continue.

"One of the things we take pride in is we’re able to listen to people and deescalate as much as possible, so we’re hoping anyone who shows up listens to each other, be respectful to each other and it’s peaceful," added Driscoll.

"We’re working with our national partners on a daily, hourly basis tracking the social media, seeing where there could be some potential for conflict," said Lamont.

It is social media that should be kept an eye on in the next few days, according to Kenneth Gray, a retired FBI agent who said the Internet can give clues as to what may happen.

"If you see something, say something and so I would say that would be the guidance here for this is that if people see something or know something about a potential threat, they should say something to law enforcement," said Gray of the University of New Haven Criminal Justice Department.

Governor Lamont's Chief of Staff Paul Mounds said the Connecticut National Guard will be on standby if they are called.

Speaker of the House Matt Ritter said there are metal detectors inside the State Capitol and doors will remain locked.

Our local and state law enforcement, intelligence and military partners will continue to coordinate through the inauguration on Wednesday.
We remain cautiously optimistic, however, should there be a need, resources will be deployed. pic.twitter.com/TTt0zVyKCY