The car was reported stolen out of East Hampton. The crash happened at the corner of Sigourney Street and Farmington Avenue. 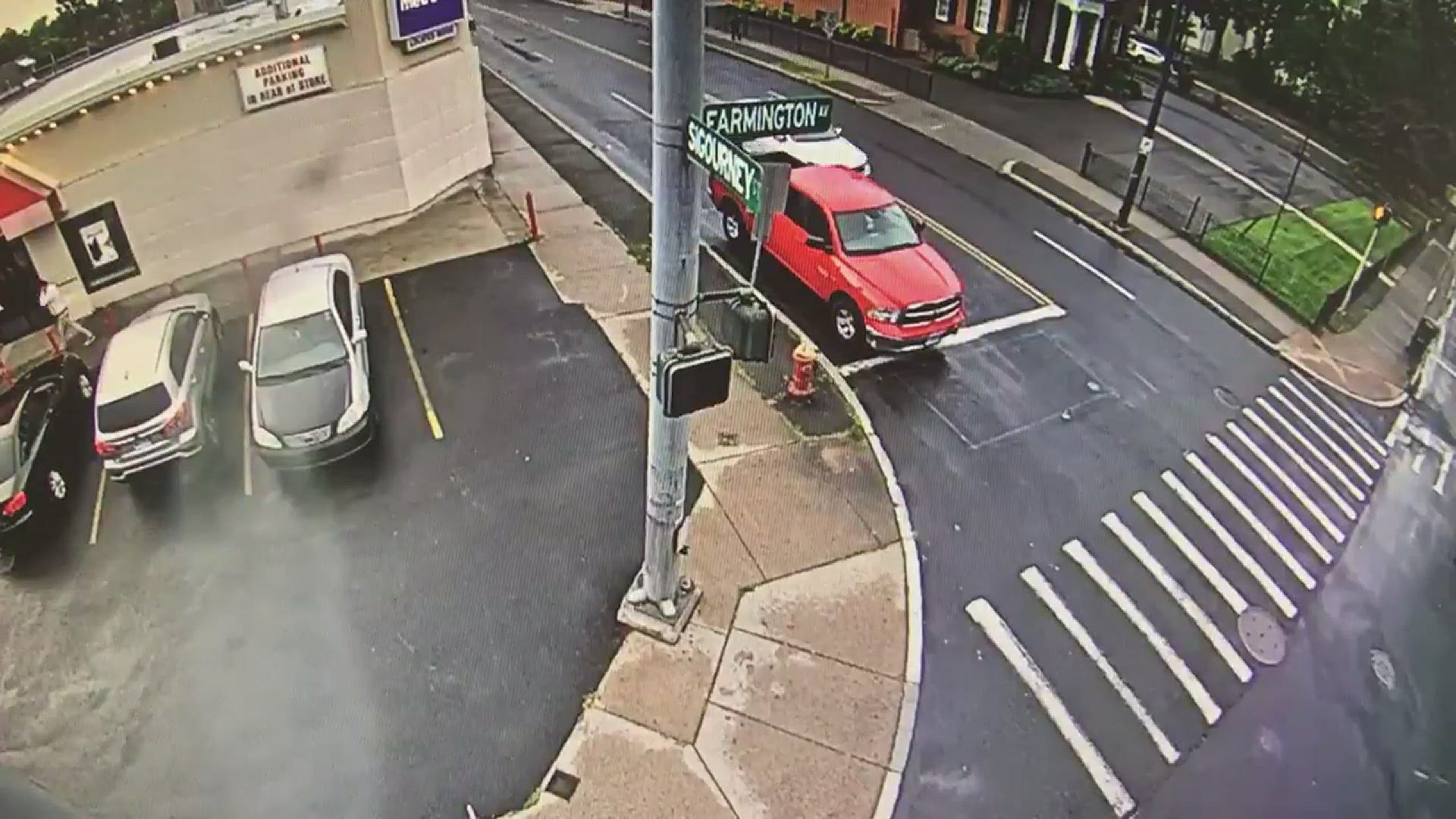 HARTFORD, Conn — Police are looking for suspects involved in a crash Monday evening.

A street camera caught a stolen car from East Hampton smash into another car with so much force, the car was launched into the air. The crash happened in front of a Family Dollar store at the intersection of Sigourney Street and Farmington Avenue.

Almost immediately after the crash, three people are seen getting out of the car and running from the scene. Police said seconds earlier a person was on the sidewalk in the car's path. No one was reported hurt from the crash.

Anyone with information is asked to call Hartford Police at 860-722-TIPS.