Police say she forged checks, had secret bank accounts, had false power of attorney, and convinced him that he had Alzheimer's Disease. 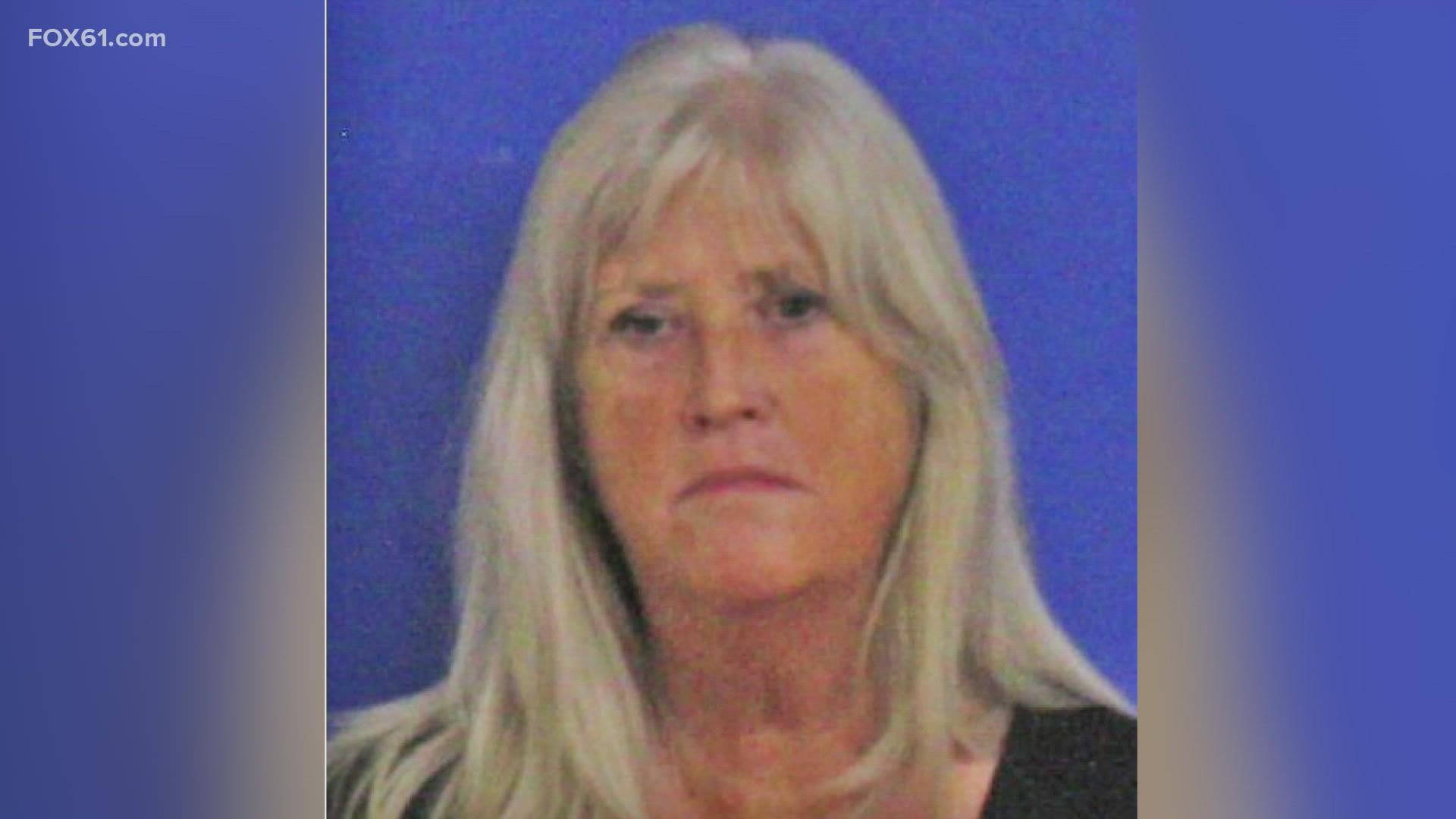 EAST HAVEN, Conn. — A now-former East Haven woman is facing up to 20 years in prison and a $15,000 fine for diverting over $200,000 in funds from a joint account she shared with her husband to her mother's bank account. She appeared in court Friday.

Police have been investigating claims that she stole about $600,000 from her husband over the course of more than two decades with a mix of forgery, false bank accounts, a forged power of attorney, and convincing him that he had Alzheimer’s Disease, police announced Thursday.

Donna Marino, 63, turned herself in to police Wednesday following a year-long investigation into allegations of fraud made by her husband.

"The victim is in his 70s so I would characterize this as elder fraud, for sure," said East Haven Police Captain Joseph Murgo.

Police said Marino’s husband, John, contacted police in March 2020 accusing his wife of stealing his money as far back as 1999. He told police Marino controlled all of the finances during their time together and that he had no idea that she was stealing from him.

East Haven police also investigated claims made by John Marino's daughter that her stepmother scooped up to $600,000 from several of her dad's accounts, including pension, social security and workmen's comp funds.

Connecticut's statute of limitations prevented police from examining financials that date back further than 5 years.

The investigation uncovered that Marino would forge her husband’s signature on his pension checks, social security checks, worker’s compensation settlements, and other legal documents before depositing the funds in a secret back account without his knowledge.

Police said they believe Marino fraudulently obtained Power of Attorney for her husband by having a friend, who is a notary public, sign the legal document without her husband present. She then used that status to fraudulently file taxes in her husband’s name.

Marino’s husband told police his wife’s actions were brought to his attention in March 2019. He said he spent some time considering his options before filing a formal complaint.

According to police, Marino told them she was able to hide her alleged fraudulent activities over the years by convincing her husband that he was suffering from Alzheimer’s Disease because she thought it would prevent him from going to the bank, and find the low balances on his accounts.

Marino also allegedly pawned some of her husband’s belongings, including jewelry and rare coins, without his knowledge, police said.

She allegedly told police the mismanaged money was often used to help her other family members with things like rent, groceries and car payments, without her husband’s knowledge.

Police said the couple no longer live together. John Marino has since moved away from the Tyler Street address where the alleged fraud took place.

FOX61 visited the apartment complex Friday where Donna Marino now lives to hear her side of the story.

Marino was charged with larceny in the first degree and forgery in the third degree. She was held on a $25,000 bond and is due back in court on Nov. 29.