The Sgt. is accused of punching a woman who was brought into the PD’s detention facility after she was arrested for a domestic incident. 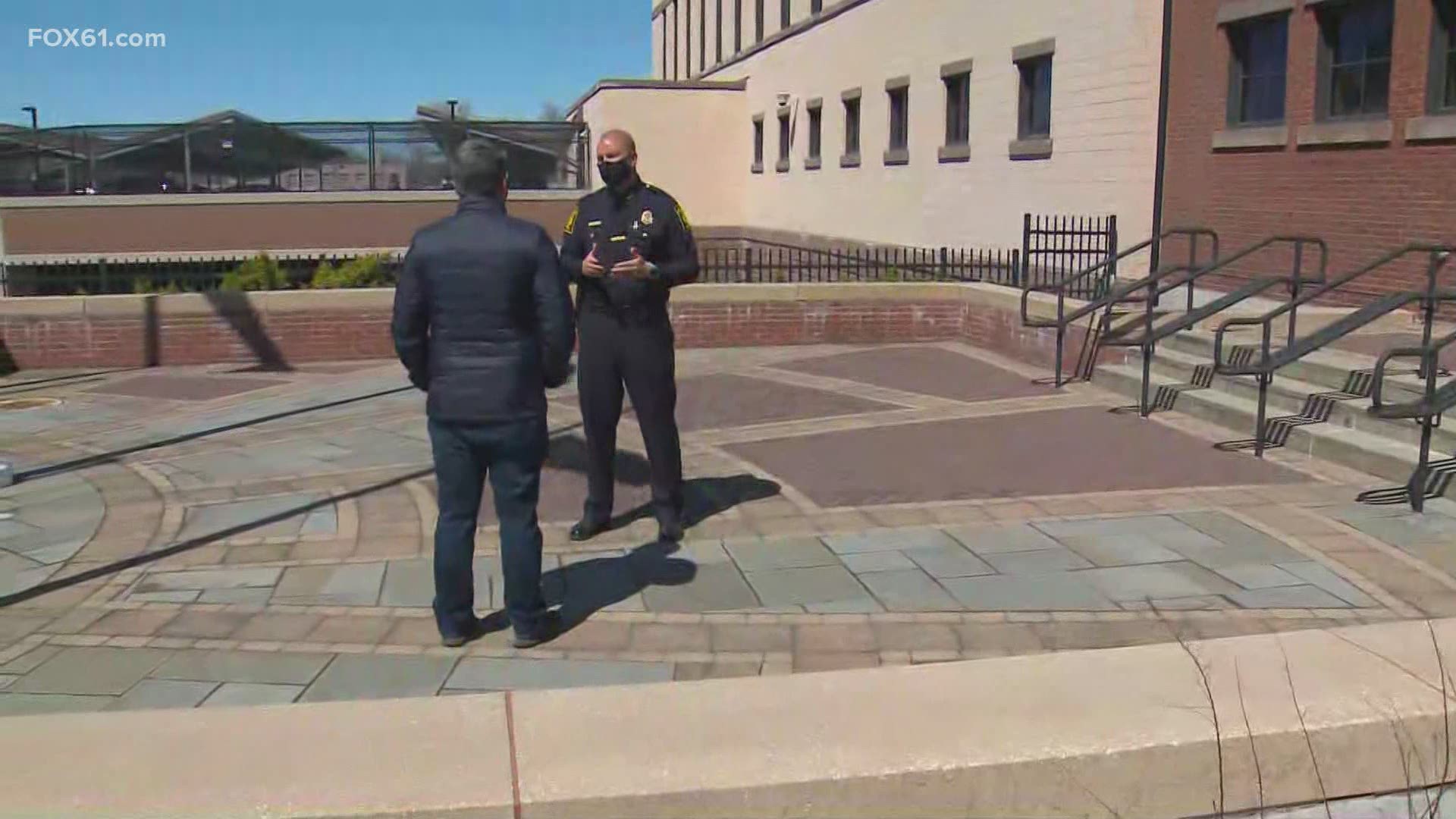 HARTFORD, Conn — Hartford Police Chief Jason Thody spoke exclusively with FOX61 after putting a Sergeant on paid leave for punching a woman in the face. It’s being investigated both internally, and criminally by the Hartford State’s Attorney’s Office.

Chief Thody said he recognizes this isn’t doesn’t look good for the department, but he pointed out that the woman never filed a complaint about the officer's conduct and declined medical treatment. Thody said, "It was a potential use of force that may have been outside of our policy and training."

The incident happened on March 15th, but Chief Thody made the decision to put Sgt. James Guzie on paid leave last Thursday. Why did it take so long? "Initially he was off injured as a result of the incident for a few days," said Chief Thody. "That review policy gives the commander 15 days to review the force."

Sgt. Guzie is accused of punching a woman who was brought into the PD’s detention facility after she was arrested for a domestic incident. "She ended up striking out at officers with her hands and spitting at officers and force was used against her to subdue her," said Thody.

The incident was run up the chain of command, reviewed by a supervisor, the commander of the division, Chief Thody, and a use of force instructor from the police academy. "His determination was that it should be investigated further," said Thody.

The Hartford State’s attorney's office agreed and is now conducting a parallel criminal investigation. They won’t release the video of the incident until the woman has been interviewed. "As long as the video won’t compromise the investigation I will 100% advocate for the release of the video," remarked Chief Thody.

FOX61 learned it’s not the first time Sgt. Guzie has had a blemish. He was arrested in 2018 in East Windsor for a domestic incident, placed on paid leave by Hartford PD then, but ultimately all charges were dropped and Guzie was promoted by Chief Thody to Seargeant in 2020. "Because this prior incident didn’t result in any prior discipline and actually resulted in all of the charges being dismissed against him, he was promoted," said Thody.

And while the investigation centers on Sgt. Guzie, Chief Thody says at least four other people’s decisions are under review including an intake and transport officer. "Whether she should have been handcuffed or left handcuffed is a question. The de-escalation techniques used by the other officers who were there," he remarked.

Chief Thody says he thinks the investigation will move quickly and acknowledges that use of force is what creates the most distrust between the police and the public.